The building has been ruled a total loss and at least one vehicle was destroyed during the fire as well. 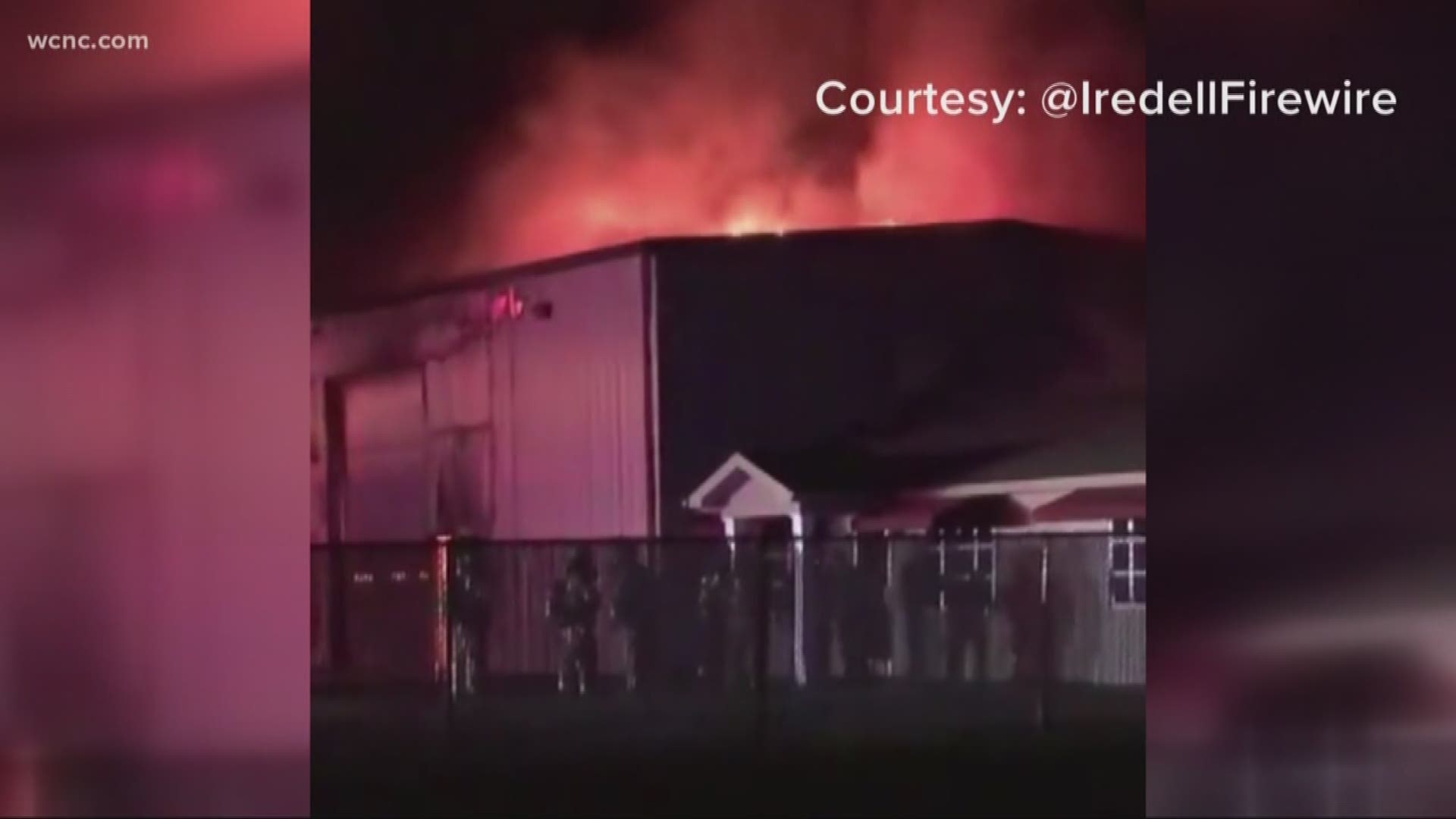 STATESVILLE, N.C. — Fire officials are investigating after a Statesville warehouse was destroyed by a massive fire early Thursday morning.

Multiple crews responded to a reported fire at Benfield Sanitation Services on Scotts Creek Road around midnight. The fire was called in by a passerby who saw flames while driving past the property. When firefighters got the scene, they found a maintenance garage was engulfed in flames with heavy smoke and fire coming from the building.

It took a team of over 50 firefighters about an hour-and-a-half to control the fire, which caused about $1 million damages. The building has been ruled a total loss and at least one vehicle was destroyed during the fire as well.

“We had multiple departments, I’m not sure how many departments and trucks we had out here, about 60 firefighters,” said an assistant fire chief on the scene. “We had to get water from a couple of different sources just to have enough to put the fire out.”

Officials said no one was on the property at the time of the fire and no injuries have been reported.