Daunte Johnson is charged with the murder of Nevaeh Adams, who went missing on August 5, 2019. 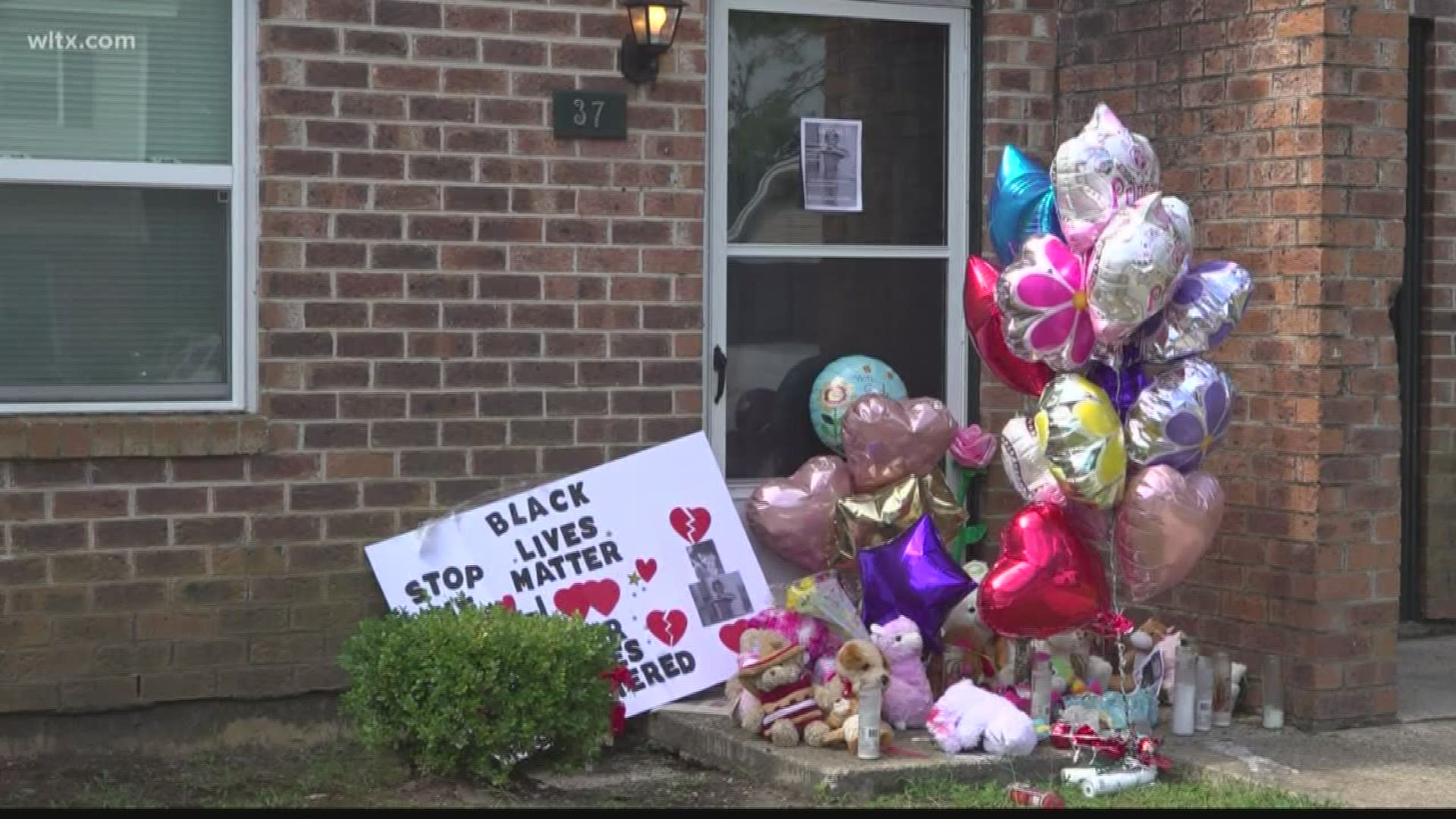 SUMTER, S.C. — Sumter police have now charged a suspect with the death of Nevaeh Adams, the 5-year-old girl who's been missing ever since her mother was killed earlier this month. The girl's body, however, still has not been found.

Sumter Police Chief Russell Roark updated Monday afternoon the case that he called "a tragedy that has rocked this community."

Daunte Johnson, 29, is now charged with murder in Adams and her mother, Sharee Bradley.

"Based on the evidence we have gathered, based on the statement that [Johnson] gave us, and the analysis, we have charged him with their murders," Roark said.

Back on August 5, the girl's mother, 29-year-old Sharee Bradley, was found dead inside her unit at the Lantana Apartments. Roark said she'd been stabbed multiple times to the head and neck, and he said they believe Nevaeh died in the same fashion.

RELATED: 'She trusted him': Friend of Sumter mom explains relationship with suspected killer from her eyes

It was Bradley's 12-year-old son told law enforcement that his little sister, Neveah, was missing. Shortly after officers realized she was missing, 29-year-old Daunte Johnson was arrested on Susie Rembert Street, about a block from the apartment complex.

Officers say he and Bradley were acquaintances, and have charged him with the death of the mother. Sumter Police Chief Russell Roark said earlier this month that Johnson confessed to killing Bradley and Adams, and claimed he threw Adams' body in the dumpster.

Johnson has a criminal history that dates back 10 years that includes both Missouri and North Carolina.

However, despite a search of nearby dumpsters and landfills in both Richland and Sumter Counties, the little girl's body has not been found.

Roark gave new updates Monday on that search. He said it's believed the dumpster was emptied between a 10 and 14 hour-long time frame from when the pair were killed and when law enforcement became aware that the body was disposed in the trash. He said the trash was taken to a location was taken to a landfill on Screaming Eagle Road in Richland County.

His officers searched by hand over 230 tons of trash, and had cadaver dogs from Simpsonville come in to assist.

Roark said there may have been two other trucks that were unaccounted for, and they've reached out to experts on how to search again the landfill. Roark said they're having a meeting Tuesday to come up with a course of action.

Roark said the South Carolina's governor's office has offered their full support with the search.

Her family has maintained that she is still alive, and some of them have advocated for issuing an Amber Alert in her disappearance.

RELATED: Why police say an Amber Alert was not issued for missing SC girl