The NBC Charlotte Defenders team has learned the city is considering expanding the purchasing powers for the city manager. 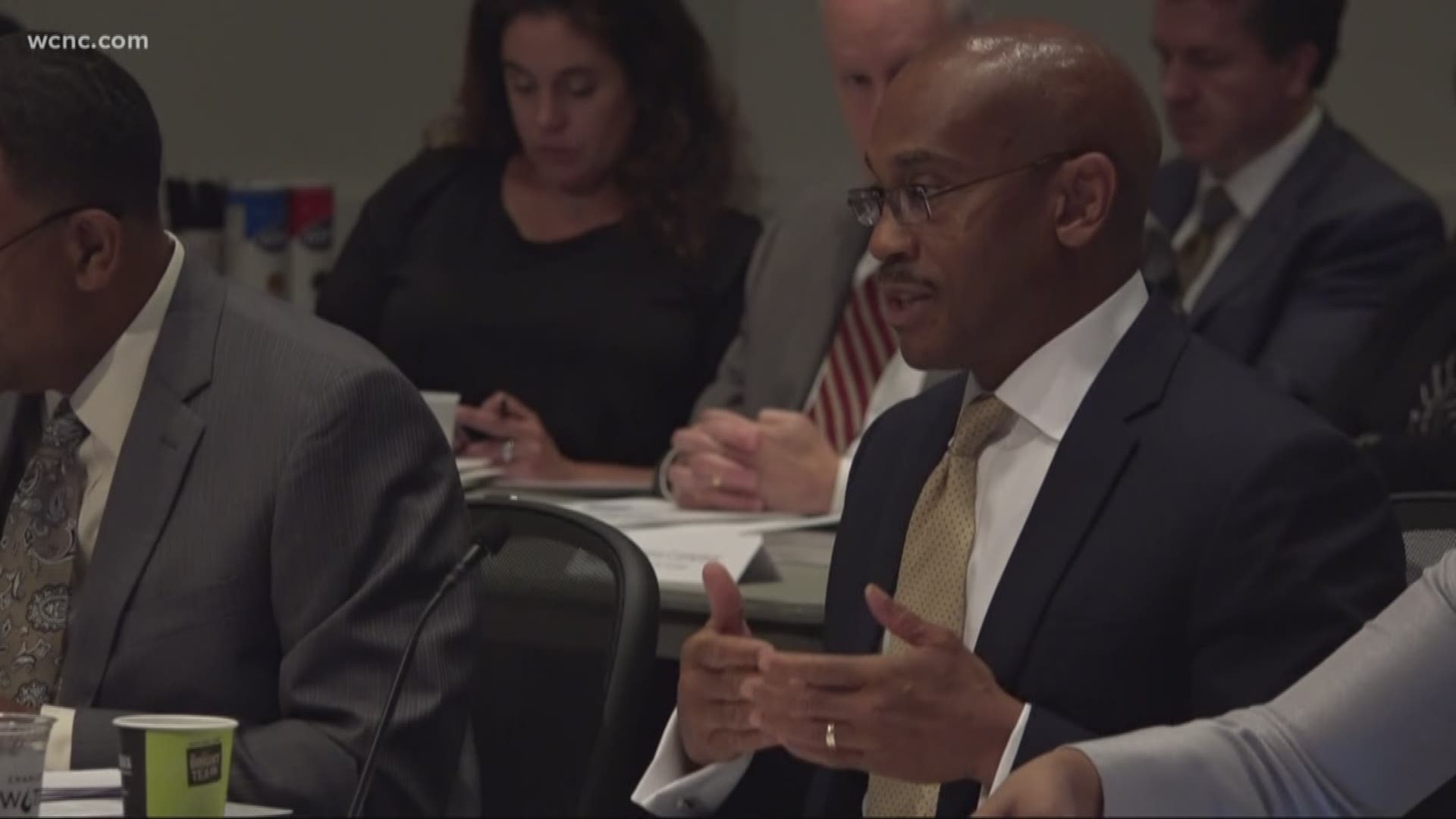 HARLOTTE (WCNC) – A controversial proposal is sparking debate over police funding in Charlotte.

The NBC Charlotte Defenders team has learned the city is considering expanding the purchasing powers for the city manager.

Opponents worry it would allow the city manager to buy items, like militarized equipment, without council approval. It comes as CMPD is requesting new non-lethal weapons for the SWAT team in high-risk situations.

Now, some council members are raising what it means for the Republican National Convention in 2020.

The debate is not about buying regular items like patrol cars, but rather military equipment. The question is about who gets to decide that.

During the civil unrest in Charlotte, Braxton Winston was a protester. Now, he’s a councilman who brings his past experience with him.

“Low velocity, less than lethal force delivery systems, and I was subjected to that,” Councilman Winston told NBC Charlotte.

Now, a request for those non-lethal weapons is on the city council’s agenda. Councilman Winston said he’s thinking ahead to the RNC in 2020.

“I definitely have questions about police spending,” Councilman Winston said.

Robert Dawkins, the state director for Safe Coaltion, said he understands some items are more controversial than others.

However, supporters of the new measure say it would allow the council to focus on bigger issues like affordable housing.

“This is about trusting our city manager, who we just gave a great review,” says Councilman James Mitchell who supports the proposal.

Councilman Mitchell says the city’s grown over the years as should the city manager’s purchasing powers.

“I’m confident if there’s any controversy, he would bring it back to his 12 board of directors,” Councilman Mitchell said.

“Controversial is subjective, there have been many consent items that I have pulled that people would not have talked about,” Councilman Winston responded.

Dawkins said he trust the integrity of the current police chief, but worries about what the proposal means for the future.

“For all we know the next police chief at CMPD may not be as progressive as Chief Putney,” Dawkins told NBC Charlotte.

NBC Charlotte has learned the issue is likely to be discussed again in a special meeting on Monday, but no official decision at this point.