Tilley didn't think it was a big deal until he landed in a hospital. 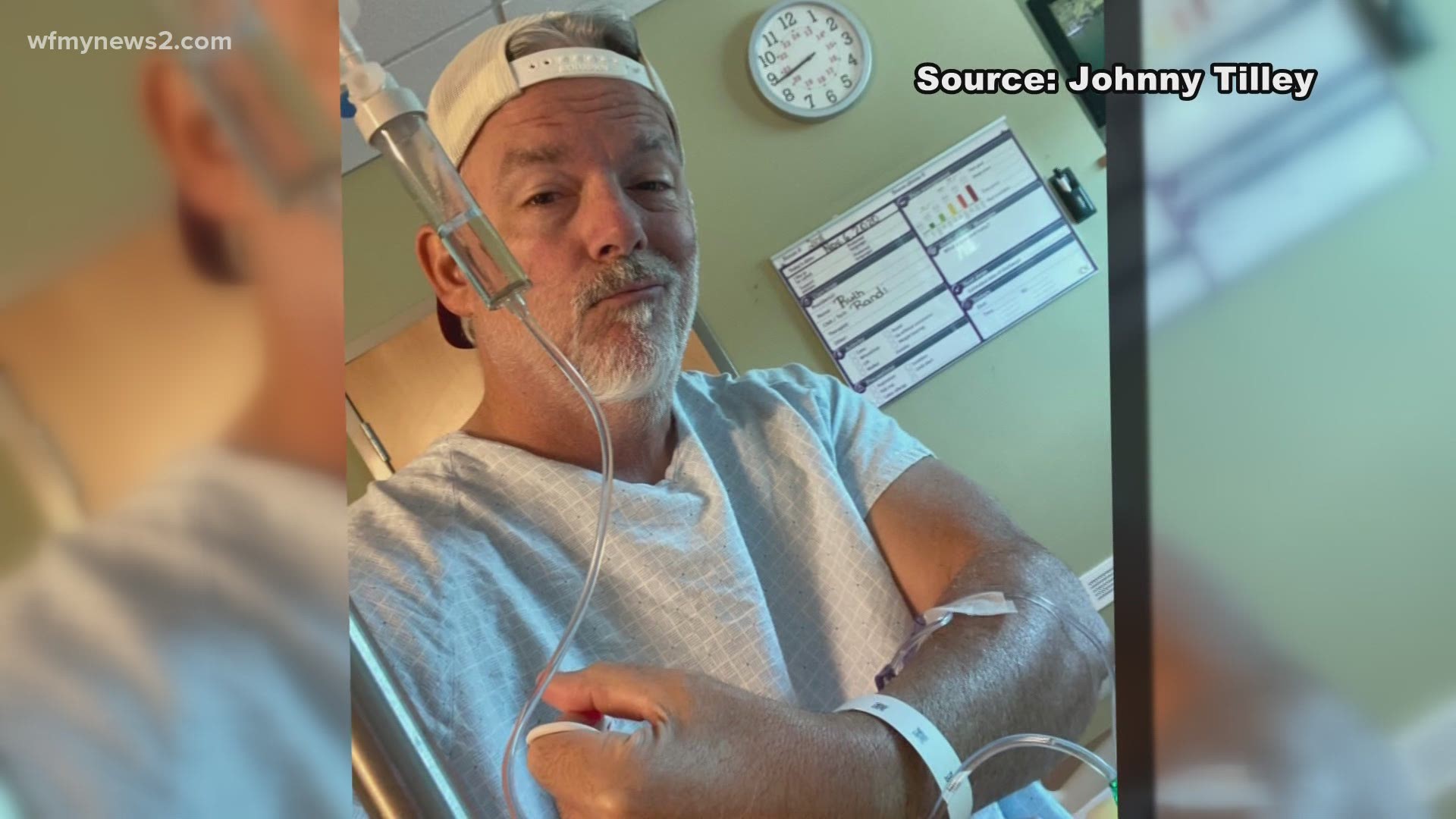 GREENSBORO, N.C. — The number of people in the hospital fighting coronavirus keeps going up.

Across North Carolina, thousands of your neighbors are needing serious help from medical professionals.

Johnny Tilley, a Triad man was one of those patients, but he's back home counting his blessings.

Because he never imagined quality time with his family would be from a hospital parking lot in Kernersville.

After testing positive two weeks ago, he occupied one of their beds as a patient fighting coronavirus.

He spent 10 days trying to fight the virus at home on his own until he couldn't bear the pain any longer.

“Here's how bad I felt,” Tilley said. “I even started telling my wife what to do with my stuff like I never had to even think about stuff like that. I really felt that bad I was done.”

53-year-old Tilley said he spent three days in the emergency room, hooked to an IV.

X-rays showed both his lungs were filled with pneumonia.

Doctors gave Tilley a shocking reality check, saying if he hadn't walked in when he did he would not have made it another day.

“I felt like I was an example,” Tilley said. “I knew I wasn't falling in the category people think you need to be in to feel sick.”

Tilley said he had no underlying conditions, was active, and had never been in a hospital bed in his life.

“Well it don't quite work like they made it out to be,” Tilley said.

He got vulnerable and bared his truth in a post on Facebook, as a warning to those who were once like him and didn't take the virus that seriously.

“Don't pound your chest like I’m not doing this, I was one of those guys,” Tilley said. “I didn't fear it, but here I am now to help people understand what it can do to you. Let's have compassion and protect each other.”

Tilley hopes families will follow the governor's guidelines, especially as we approach the holidays.

"This is life or death for some people and if it spreads through a group of family members you could kill off 2,3,4 of your family members," Tilley said. "There ain't no dinner worth that."

Tilley is still in pain and taking steroids.

He said doctors say it'll be at least another two weeks until he fully recovers.

He also says he plans to go back to the hospital to thank those who cared for him and kept him alive.

RELATED: It looks like a jump in COVID-19 hospitalizations, but it's not

RELATED: Thinking of traveling for Thanksgiving? Use this tool to check your risk of catching coronavirus first