OUTER BANKS, N.C. (WVEC) -- Two Navy F/A-18F Super Hornets from Naval Air Station Oceana collided with each other and crashed in the waters about 25 miles east of Oregon Inlet on Thursday morning. 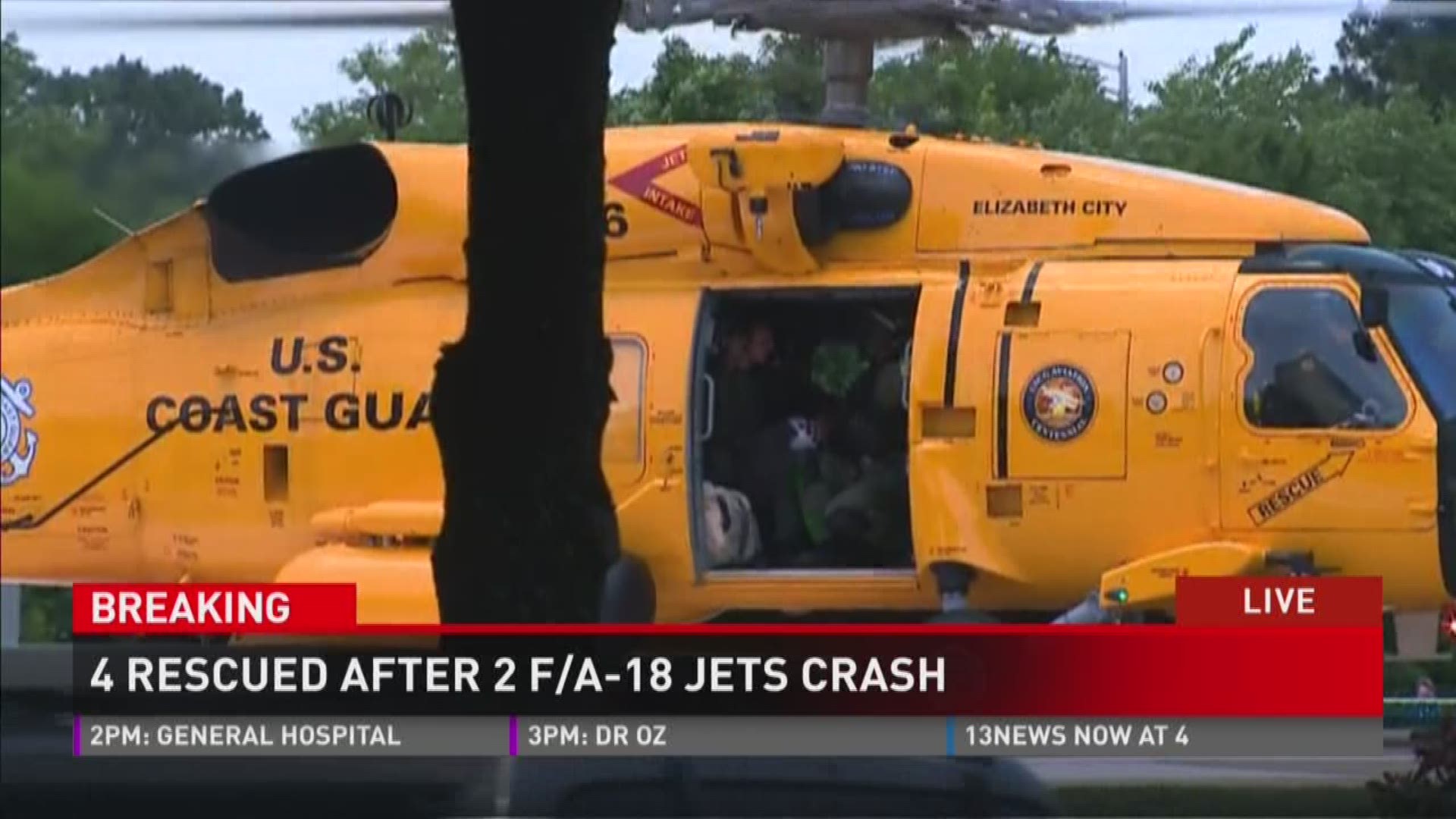 OUTER BANKS, N.C. (WVEC) -- Two Navy F/A-18F Super Hornets from Naval Air Station Oceana collided with each other and crashed in the waters about 25 miles east of Oregon Inlet on Thursday morning.

The U.S. Coast Guard responded, and they -- along with a Good Samaritan fishing vessel -- rescued all four aviators. 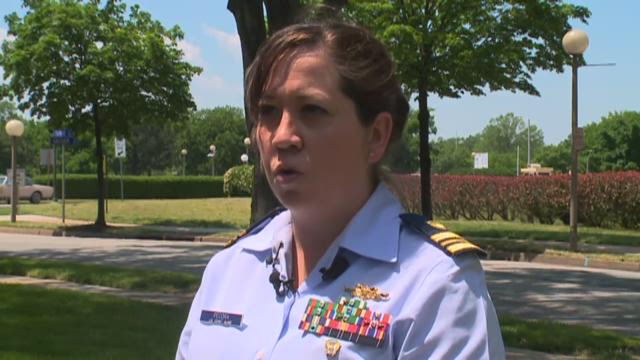 The crew of the commercial fishing vessel Tammy rescued two of the survivors, and an HH-60 Jayhawk helicopter crew from Coast Guard Air Station Elizabeth City, North Carolina, hoisted the other two survivors from the water.

A second helicopter crew from Air Station Elizabeth City then picked up the two survivors from the fishing vessel. All four airmen were taken to Norfolk Sentara General hospital.

The first helicopter landed shortly before 1 p.m. As they were taken off the helicopter, the rescued airmen appeared to be talking to the crew and moving on their own. The second helicopter landed around 1:15, and the two other rescued crew members were able to leave the aircraft and walk into the hospital unassisted.

A spokesperson for the Coast Guard says all four crew members had minor injuries but were "in high spirits."

"It was a textbook rescue," Lt. Commander Krystyn Pecora said. "So happy we can bring these Navy service members back to their families."

1 / 18
<p>Two crew members from a crashed F/A 18 are escorted off a Coast Guard helicopter at Senta Norfolk General Hospital.</p>

The Super Hornets are two-seated aircraft assigned to Strike Fighter Squadron Two One One (VFA-211) based at Naval Air Station Oceana and were conducting routine training.

Naval Air Force Atlantic says a "mishap investigation" is being conducted to determine the cause of the accident.

"We don't know exactly what happened yet," AIRLANT spokesman Mike Maus told Navy Times, but an investigation has been convened.