Do you know how to report unsafe bus stops? Here's how 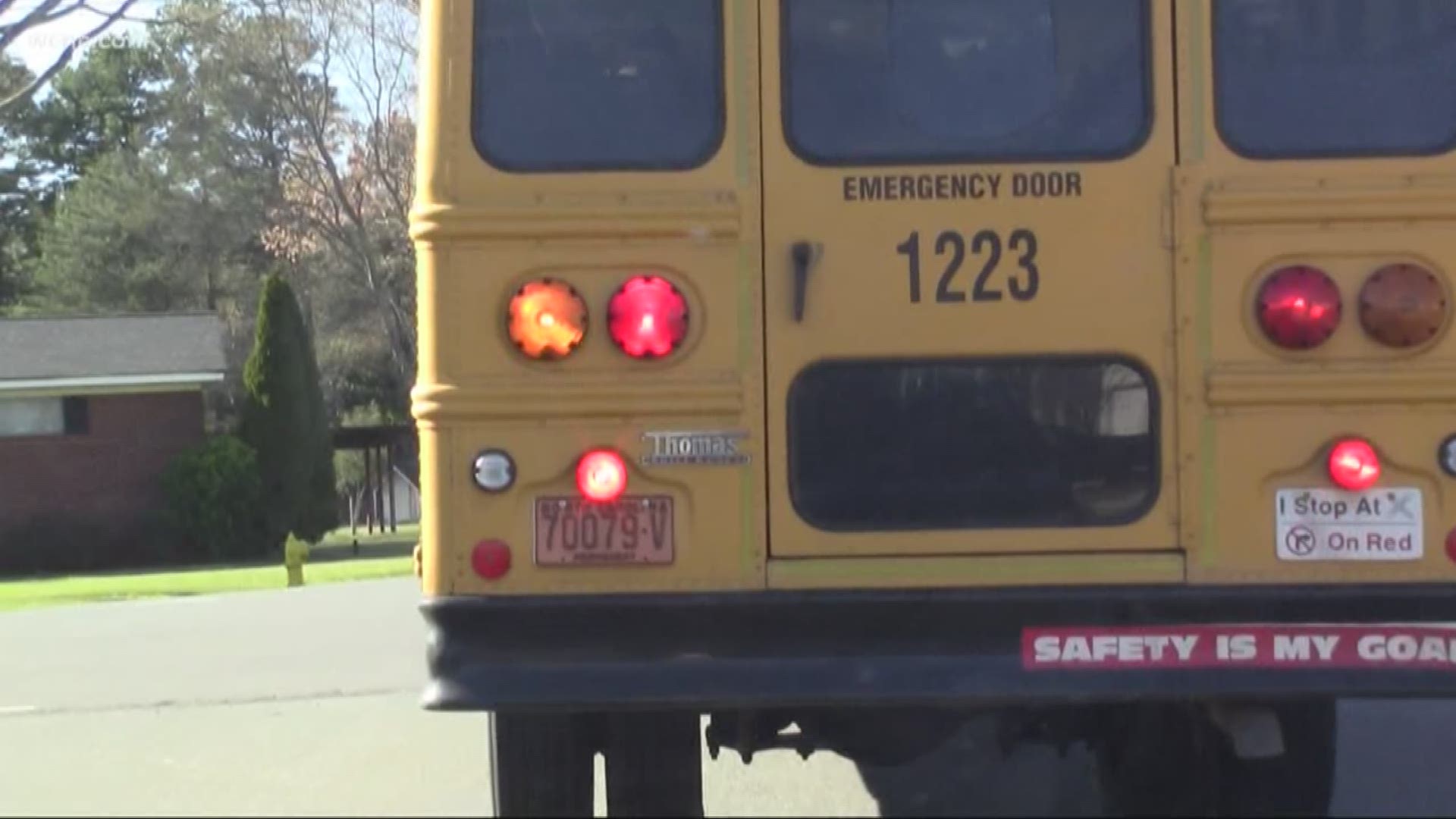 CHARLOTTE, N.C. — Just two weeks into the school year, Charlotte-Mecklenburg Schools has already received more than 400 complaints about the safety of bus stops, according to the school district.

Christy Price is one of the many parents who've reported concerns.

"I'm looking up the street, I'm like, 'Oh my God. There's no way in the world that they would have an 8-year-old walk up the street,'" Price said.

For some, the bus stop in question may look like a harmless, short walk up a narrow road past an embankment and wooded area, but for Christian Price Hall, it's scary.

"He has to cross the street," his mother said. "It was very emotional for me at times. I even called in and I was in tears."

When Price moved into her new Charlotte neighborhood this summer, she said she couldn't believe the school district expected her son to walk to and then wait at the bus stop by himself.

Price is far from the only one who has complained about a bus stop this school year.

CMS said state law caps the distance to a bus stop at one mile.

Ahead of the new school year, new Superintendent Earnest Winston pledged safety is the district's "top priority." He also asked moms and dads for their help related to the district's more than 31,500 bus stops.

"We're asking parents to be vigilant to ensure children are safe while they're waiting on the school bus and going home from the school bus stop," he said.

CMS said it evaluates every request and works "diligently to respond as quickly as possible to concerns regarding safety."

"During the first weeks of school, we ask parents to be patient as there is always an abundance of concerns as systems and families become adjusted to the new school year, the district said. "CMS transports more than 127,000 students daily. In the meantime, CMS asks families to exercise safety and ensure adult supervision with younger children until a routine is established and safety measures are addressed."

Price said CMS agreed to change Christian's bus stop, much to her relief.

"I'm excited and I'm happy and I'm just grateful," Price said. "I don't think a lot of parents know this is an option."

Other area districts also use online forms, while some request direct contact with a child's school.

Fort Mill Schools have had 20 requests for changes to bus stops based on safety concerns, some of which were for the same stop from multiple parents. There were 81 total requests for a stop change or addition, and 43 of those have been approved.

Some of the safety stop requests are approved after being reviewed by staff, and school officials say most of the other approved stop changes are due to new students and construction developments.

Rock Hill Schools also said parents can call its transportation department, but there is also an online form here.

According to a Rock Hill Schools spokesperson, the district's received 40 requests so far this school year.

Rowan-Salisbury Schools said parents must first dispute bus stop locations at the school level and then use the forms located here.

Similarly, Iredell-Statesville Schools recommends parents call their child's school and ask to talk with the school bus coordinator. A spokesperson said the process to request a review of a perceived unsafe stop begins at the school level.