The new enterprise will build a school of medicine in Charlotte, which is currently with largest U.S. city without a four-year medical school. 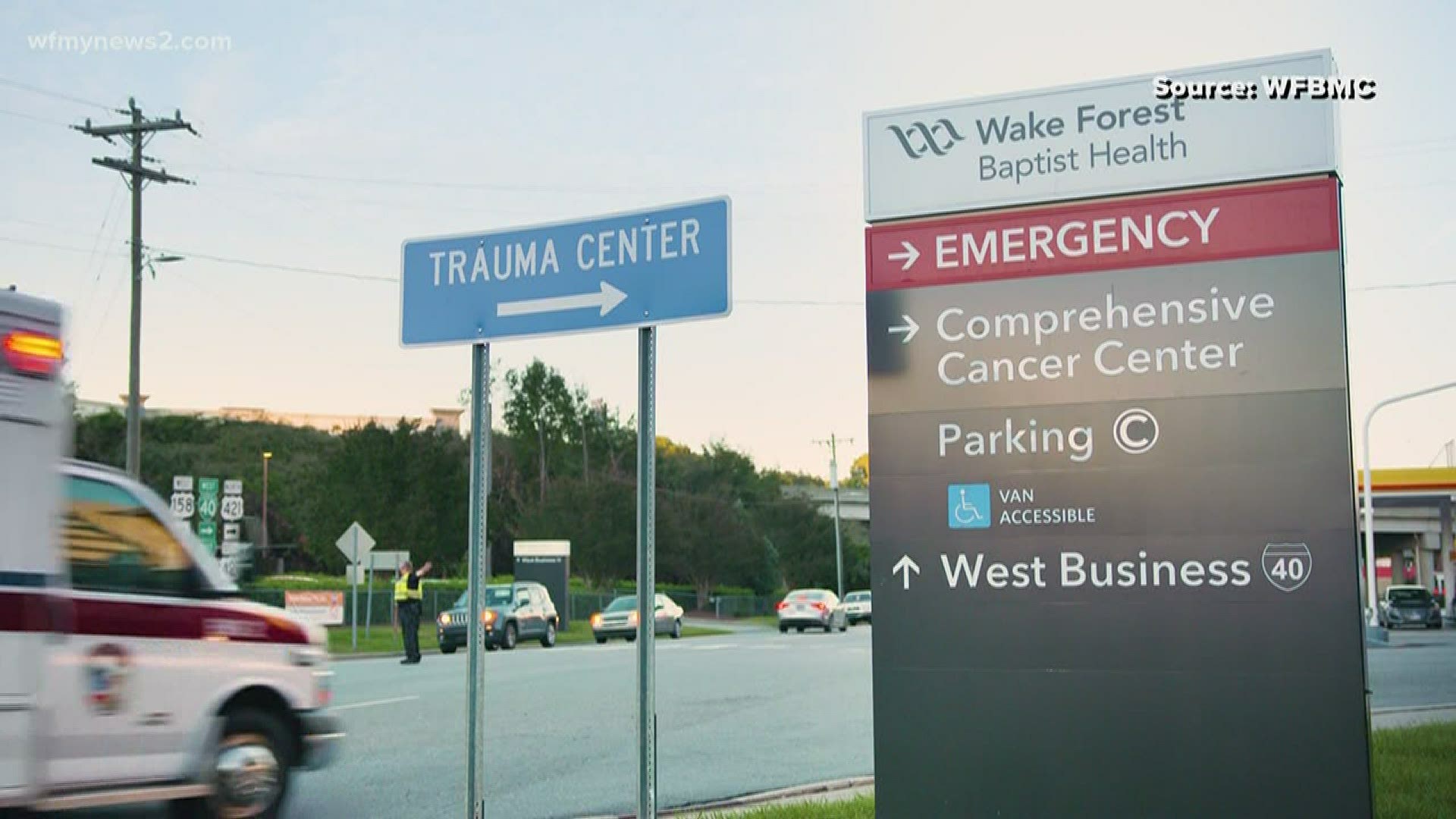 Wake Forest School of Medicine is also included in the merger.

The combination of the health companies was first announced in April of 2019. The merger became official on Friday.

“As the healthcare field goes through the most transformative period in our lifetime, in addition to a new medical school, our vision is to build a ‘Silicon Valley’ for healthcare innovation spanning from Winston-Salem to Charlotte,” said Eugene A. Woods, president and CEO of the new Atrium Health.

Wake Forest Baptist Health says based on an independent analysis, the merger could have an annual economic and employment impact of $32 billion and 180,000 jobs.

The health enterprise will have over 70,000 employees providing care for 15 million patient interactions each year.

“The impact of the strategic combination will be far-reaching, elevating North Carolina as a clear destination of choice to receive medical care for people all across the nation,” said Julie Ann Freischlag, M.D., CEO of Wake Forest Baptist Health and dean of Wake Forest School of Medicine. “Through our combined, nationally recognized clinical centers of excellence in multiple specialties, we will be able to expand our research in signature areas, such as cancer, cardiovascular, regenerative medicine and aging, and target bringing research breakthroughs to the community in less than half the time of the national average.”

According to a release, Wake Forest Baptist Health and Wake Forest School of Medicine will become the academic core of Atrium Health, building a second campus of the school of medicine in Charlotte, which is currently the largest city in the U.S. without a 4-year medical school.

“With this combination, we are creating the future of medical education,” said Nathan O. Hatch, Ph.D., president of Wake Forest University. “As the only entity with two exceptional 4-year medical school locations in our region, we will become one of the largest educators of physicians and other medical professionals in the state – immediately educating over 3,500 total students across more than 100 specialized programs each year – while reducing the shortage of doctors in rural and under-served urban communities.”

Wake Forest Baptist Health says the new merger will provide 50% more Medicaid services than any other provider in North Carolina, and is committed to eliminating disparities in care for urban and rural communities.

The merger at a glance: