There is a cautionary tale for Panthers fans just days before the season opener. 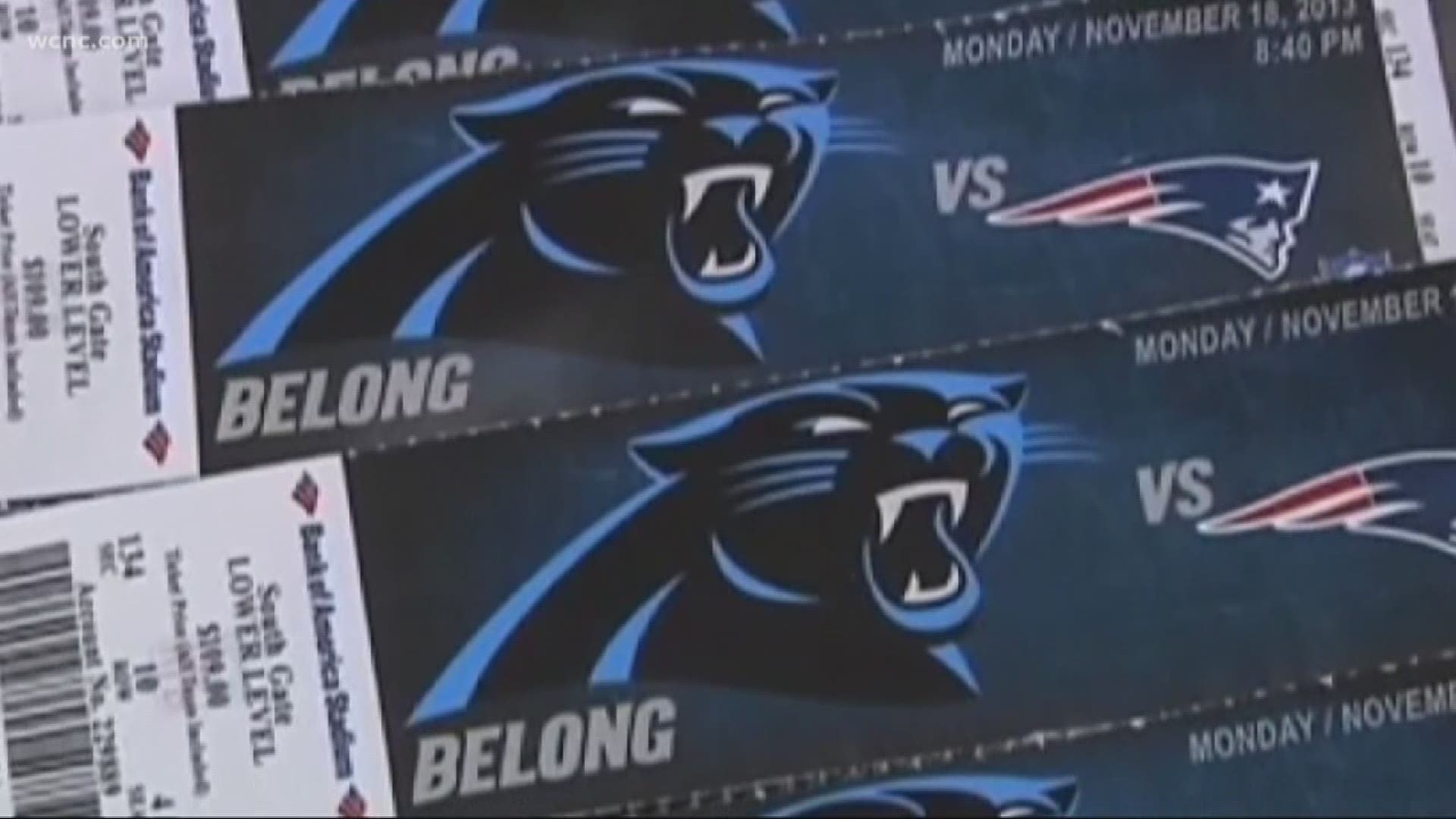 CHARLOTTE, N.C. -- There is a cautionary tale for Panthers fans just days before the season opener.

One fan told NBC Charlotte she was scammed out of more than $1,700 worth of tickets. She said she bought tickets to the Panthers-Cowboys game months ago, but she never received them.

Now, the victim is warning others about what happened to her, as the police try to get to the bottom of it.

Ashley Krisel, 35, said she bought 14 tickets for family and friends from out of town to go to the game, but this week, she had to share the bad news.

“It could happen to anybody,” Krisel said.

“Tell my clients, ‘beware of any rentals,’ even if they find them on Craigslist,” Krisel told NBC Charlotte.

That’s why she says she cautiously approached the seller on Craigslist for Panthers tickets; 14 tickets for family and friends to the big season opener.

“I think I was just really excited, my brother-in-law is a huge Cowboys fan and I thought it would be a great time to all get-together,” Krisel said.

Krisel said she researched who she thought was the seller on multiple websites. In June, she made an online deposit for the tickets.

“Since it was such a big game, and the first game opener, to do a deposit up front for the tickets,” she said.

She was supposed to pick up the tickets in person in two weeks but instead of tickets, she was exchanging dozens of emails with the seller. This week, she said he stopped responding.

That’s when she went to police and her family and friends.

“I had friends and family coming in from out of town and had to call and let them all down a little bit and refund everybody’s money,” Krisel said.

Krisel said when she contacted the Panthers about the seller, they were familiar with his name.

NBC Charlotte is not releasing the name because he has not been charged with a crime.

“If you’re going to buy tickets to something, do it through a trusted site with a 100-percent guarantee,” Krisel said.

Now her big hopes for Sunday’s game will have to be enjoyed from a TV screen instead.

“Watch the Cowboys get beat on Sunday,” she said.

Police have not made any arrests but it is an ongoing investigation.