Memorial grows where car crashed into tree in Cornelius

Cornelius police said Grant Geis was driving east on Bailey Road just before 7:30 Saturday night when he lost control and collided backward with a tree. 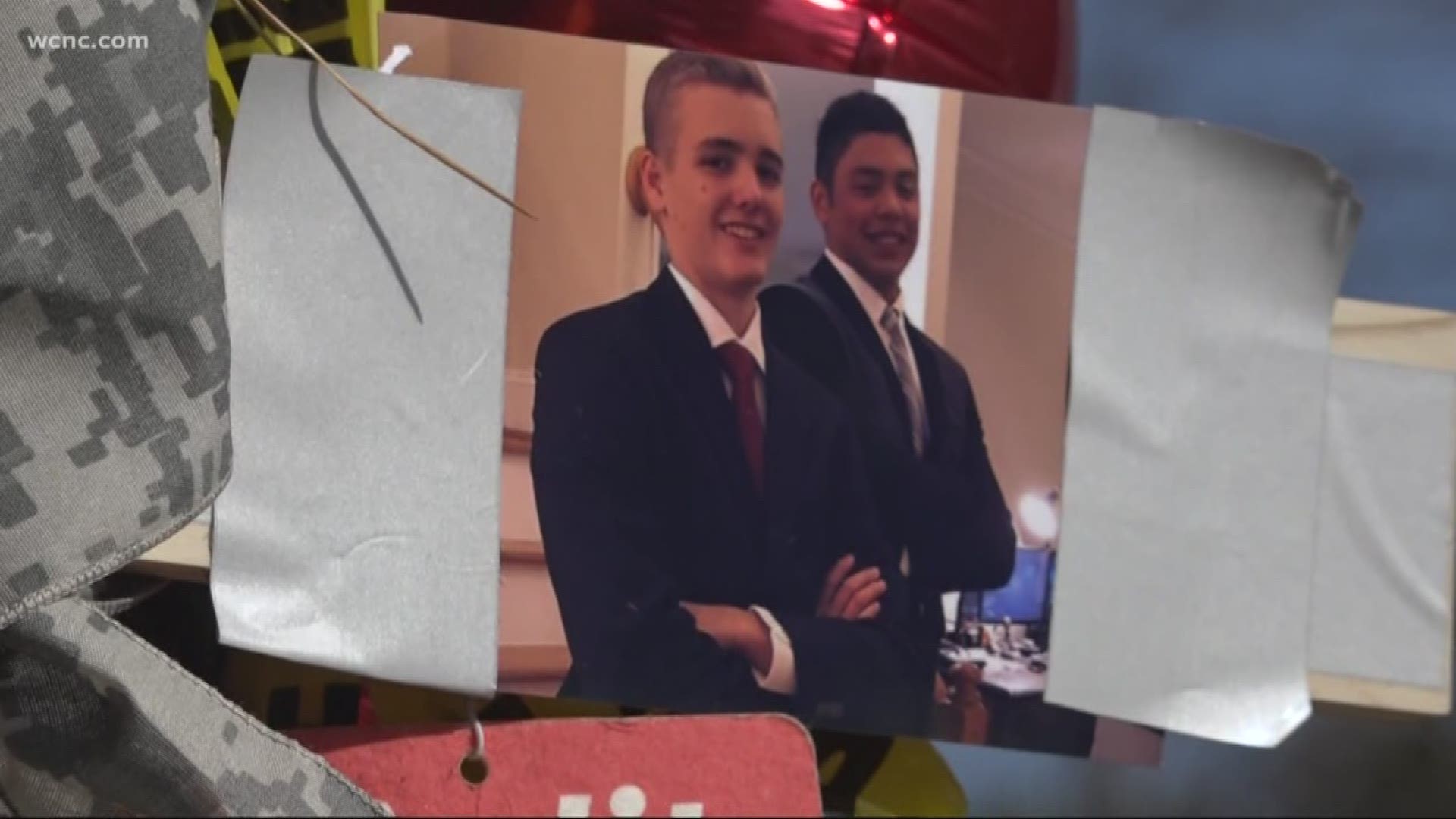 CORNELIUS, N.C. — A memorial is growing along the site of a crash on Bailey Road in Cornelius after friends of two teens said one died and another is still in the hospital.

Cornelius police said Grant Geis was driving east on Bailey Road just before 7:30 Saturday night when he lost control and collided backward with a tree.

RELATED: Two injured after car crashes into tree in Cornelius

Police said Geis was taken to CMC Main and remains in critical condition as of Monday afternoon.

The passenger in the car, Andres Morales, was transported to Novant Huntersville where he was pronounced dead, according to police.

Police are still actively investigating the crash, but the preliminary investigation shows that speed was a factor.

Teens from the surrounding community gathered near the site of the crash Sunday night to support Geis and Morales.

"We're all here tonight just to pay our respects of what happened," James Kohlwey said. "It's basically family for us and we figured we'd come here, you know, hang up his favorite stuff that we remember him by."

Caleb Cook and Will Hess said the two teens were involved with the Charlotte Motor Syndicate, a motor club. Cook and Hess helped organized a group of teens to meet Sunday to ride past the site of the crash as a way to pay tribute to their friends.

"Just disbelief,” Hess said, “Still can't wrap our heads around what happened. We're just trying to make the best of it and work through it."

At this time, officials are still investigating the cause of the crash and what factors may have played a role. No official reports have been released.

There is a GoFundMe account raising money for Morales' funeral expenses.

WCNC will update this article as officials release more information. This is still an active investigation.