Mosquito experts said the "Gallinipper" or "Psorophora ciliate" is the species of mosquito currently plaguing the Carolinas, hatching amid the Florence floodwaters. 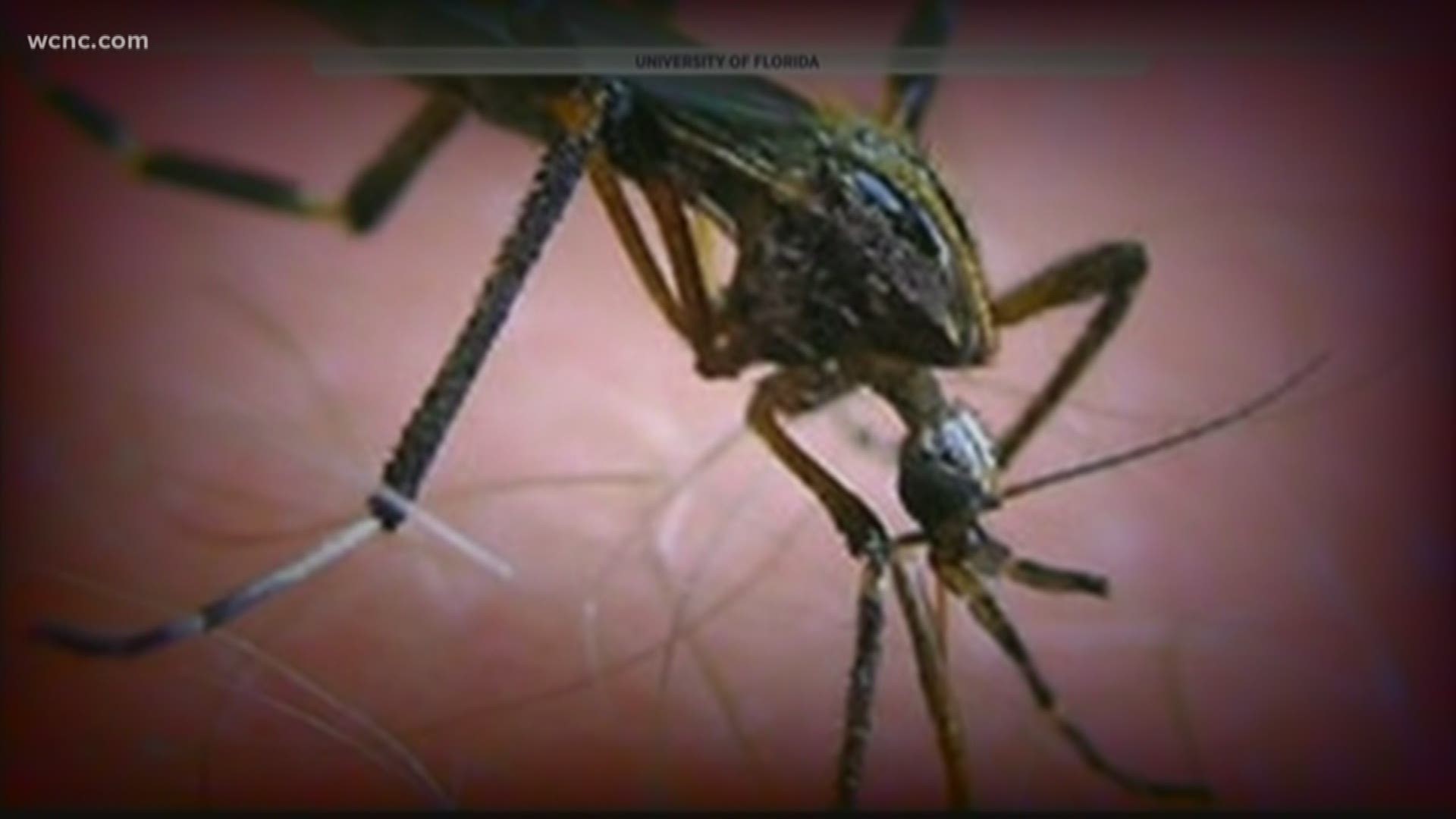 CHARLOTTE, N.C. — Pest control companies in the Queen City are waging a war on an influx of mosquitos in the area following Hurricane Florence.

"It's like an army of mosquitos plaguing Charlotte,” said Jimell Davis, CEO of The Mosquito Fighters.

Mosquito experts said the “Gallinipper” or “Psorophora ciliate” is the species of mosquito currently plaguing the Carolinas, hatching amid the Florence floodwaters.

The species can be three times as large as average mosquitoes and could bite through one or two layers of cotton, according to an entomologist who spoke with USA Today.

The Mosquito Fighters, a Charlotte pest control company, said it has seen an influx of mosquitos and consequentially an increase in business since Hurricane Florence.

“We thought the season was dying down; in fact, I was getting ready to wrap things up. But here we go; every night there is a triple request of mosquito services,” said Davis.

The company is continuing to spray lawns into October as customers continue to call with concerns over what the mosquitos may be carrying.

"It's very important to be proactive for the unknown,” Davis said. “That's why we are waging war against mosquitos.”

Experts believe the current population will die down as the weather gets colder, but until then, they suggest wearing long sleeves, spraying insecticides, and dumping out any standing water.

USA Today contributed to this report.