Two and a half months after filing the order of protection, a pregnant Nuñez and her roommate were shot dead in their home, and her two boys have gone missing. 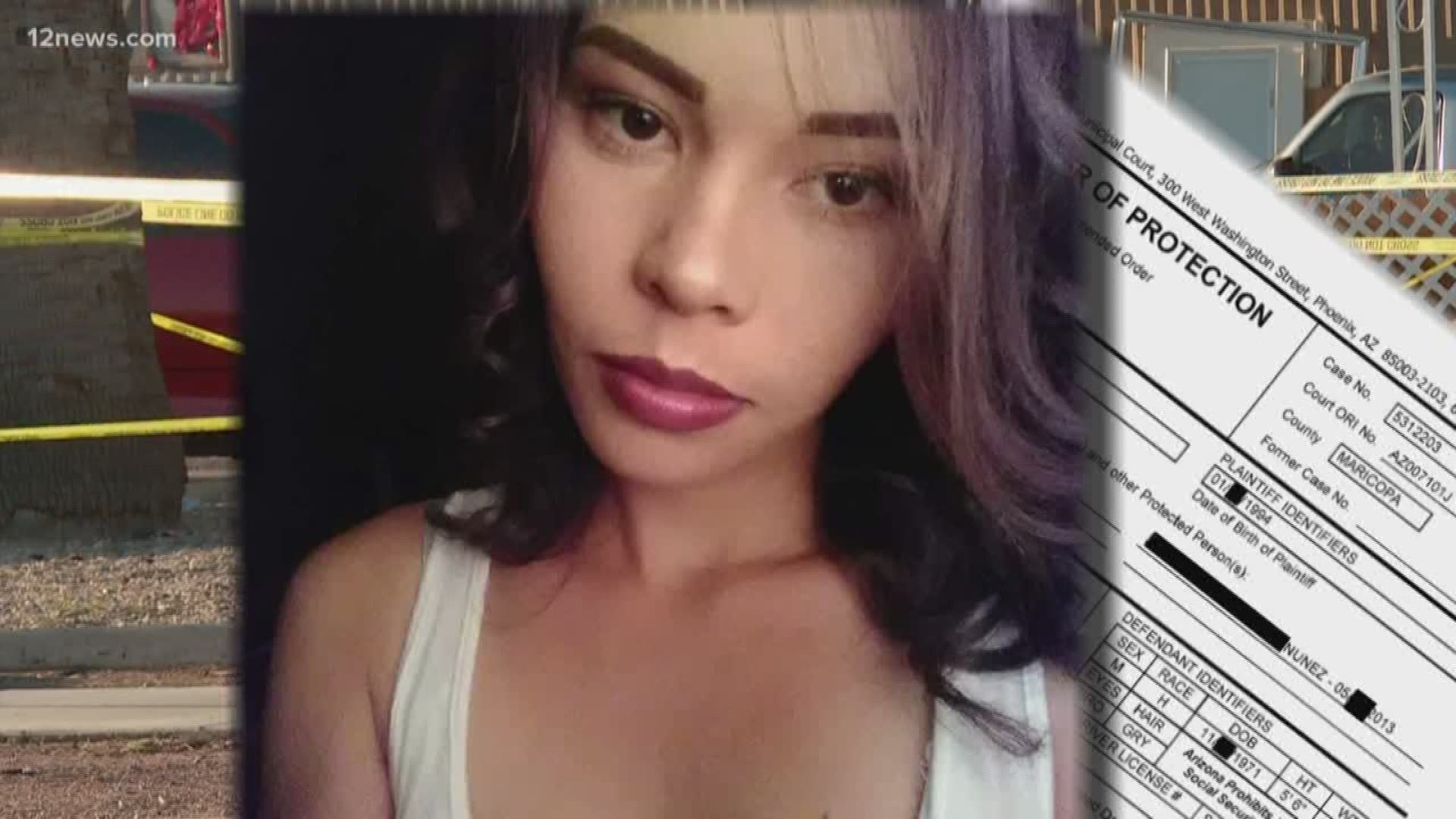 Oralia Nuñez was one of the two victims in a homicide this past weekend in Phoenix. Her two sons are still missing, and Phoenix police say their father is the suspect.

Documents show Coronado was ordered to stay away from Nuñez and their two sons, 8-year-old Victor and 5-year-old Jonathan, and barred from possessing firearms.

Those who knew Nuñez say she was a victim of domestic violence.

An anonymous acquaintance speaking in Spanish said she would remember Nuñez "as a woman that fought for her life, that fought until the last minute for her kids."

Nuñez took her battle to court in June, claiming Coronado grabbed her by the hair, dragged her and hit her in the face and head after she confronted him about a condom she found in his pocket.

"She was pregnant and he would hit her," the acquaintance said.

After telling her to wash the blood off her face, arms and clothes, Coronado locked Nuñez in a trailer for more than 12 hours, she stated in the document. She was able to escape to a friend's house and call police the next morning.

Nuñez testified in court that Coronado had threatened to kill her.

Coronado was served with the order in late July but friends said he constantly violated the order and calls to Phoenix PD were frequent in the weeks that followed.

"f the suspect is located and we have probable cause to arrest them for violation of that order which would be a charge of interfering with judicial proceedings, we would make an arrest at that time," Phoenix PD Sgt. Armando Carbajal said.

Those who knew Nuñez say an arrest never came; instead, she hoped the legal document would protect her.

Two and a half months after filing the order of protection, a pregnant Nuñez and her roommate were shot dead in their home, and her two boys have gone missing.

Police have named Coronado the suspect, and an Amber Alert for the boys is still active.

Investigators say they may be with their father in an aqua green 1993 Ford F-150 with a white camper shell and Mexico license plate ZUD7164.

f you have any information regarding this case, call the Phoenix Police Department at 602-262-6151 or Silent Witness at 480-WITNESS, or for Spanish assistance, 480-TESTIGO.