American said Friday that it will continue to notify customers if their flight is likely to be full, and let them change flights at no extra cost. 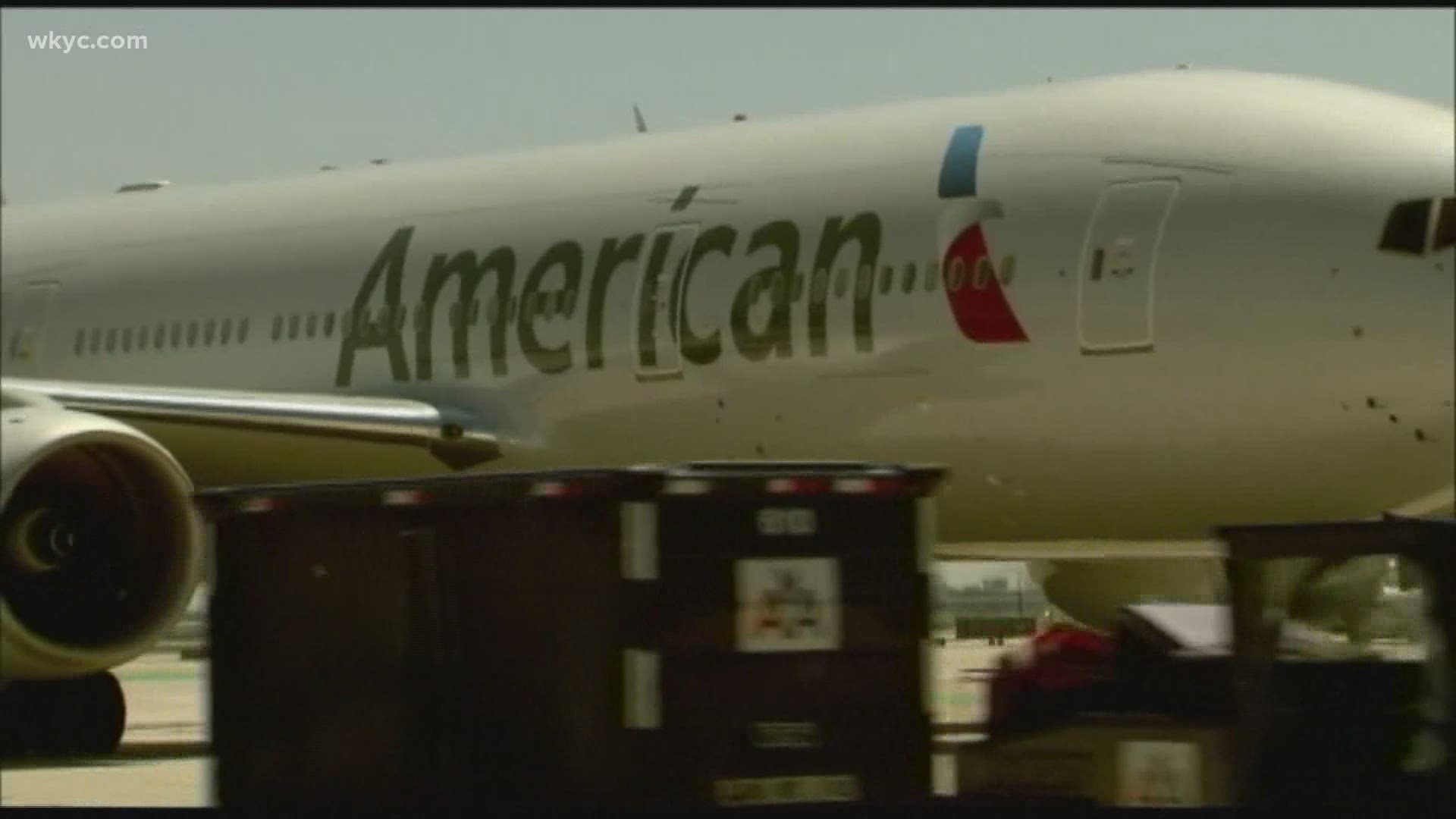 American Airlines will start booking flights to full capacity next week, ending any effort to promote social distancing on its planes while the United States sets records for new reported cases of the coronavirus.

American's move matches the policy of United Airlines but contrasts sharply with rivals that limit bookings to create space between passengers to minimize the risk of contagion.

American said Friday that it will continue to notify customers if their flight is likely to be full, and let them change flights at no extra cost. The airline said it will also let passengers change seats on the plane if there is room and if they stay in the same cabin.

Since April, American has limited bookings to about 85% of a plane's capacity by leaving about half the middle seats open. However, the airline will start selling every seat it can beginning next Wednesday.

Delta says it is capping seats at about 60% of capacity and Southwest at about 67%, both through Sept. 30. JetBlue says it will leave middle seats empty through July 31 unless the person is traveling with a passenger in an adjoining seat.

United and now American, however, are taking a different approach, arguing that other steps — including stepped-up cleaning procedures and requiring all passengers to wear face coverings — eliminate the need to block some seats. United CEO Scott Kirby has said social distancing is impossible on planes anyway; that even with empty middle seats, people are less than six feet away from each other.

Photos and videos of full flights on American and United have drawn criticism for their lack of social distancing.

The number of confirmed new COVID-19 infections in the U.S. hit an all-time high of 40,000 on Friday, eclipsing a record set on April 24, according to Johns Hopkins University.

American is based in Fort Worth, Texas, where Gov. Greg Abbott on Friday rolled back some steps the state had taken just two months ago in an aggressive attempt to re-open its economy.

The airline announced the change deep into a press release that was mostly devoted to measures it is taking to clean planes and kill the virus.

“As more people continue to travel, customers may notice that flights are booked to capacity starting July 1,″ American said. Starting Tuesday, American will ask passengers to confirm that they haven’t had COVID-19 symptoms in the previous 14 days.

Henry Harteveldt, a travel analyst with Atmosphere Research Group, said American “is clearly putting its profitability ahead” of the health of both passengers and its own employees.

“Packing an airplane 100% full without health testing in place is a risky business decision. If someone contracts the COVID-19 virus on a 100% full plane, they’re going to sue American Airlines,” Harteveldt said. “Just because another airline is doing it doesn’t mean it’s the right business decision.”

But another expert, travel agent Brett Snyder, who writes a blog called Cranky Flier, said American probably has data to back up its decision from a business perspective.

“If they are making this change to sell every seat, then they know that people talk a lot” about preferring empty middle seats, “but in the end they will still fly if the price is right,” Snyder said.

Since April, American offered to rebook people whose flights might be full, but only about 4% of passengers have taken that option, according to the airline.

Airlines have been devastated by the pandemic, as travel dropped by about 95% at its low point in April. Since then, traffic has picked up slightly — the number of people passing through security checkpoints at U.S. airports on Thursday was 77% lower than the comparable day a year ago.

American Airlines spokesman Ross Feinstein said the airline has been considering booking to full capacity for a few weeks as passenger numbers have risen. On Monday, American's traffic was the highest since March, he said.