Wallace got caught up in a fiery last lap crash but still came out of NASCAR's marquee race with another milestone during his debut driving for Michael Jordan. 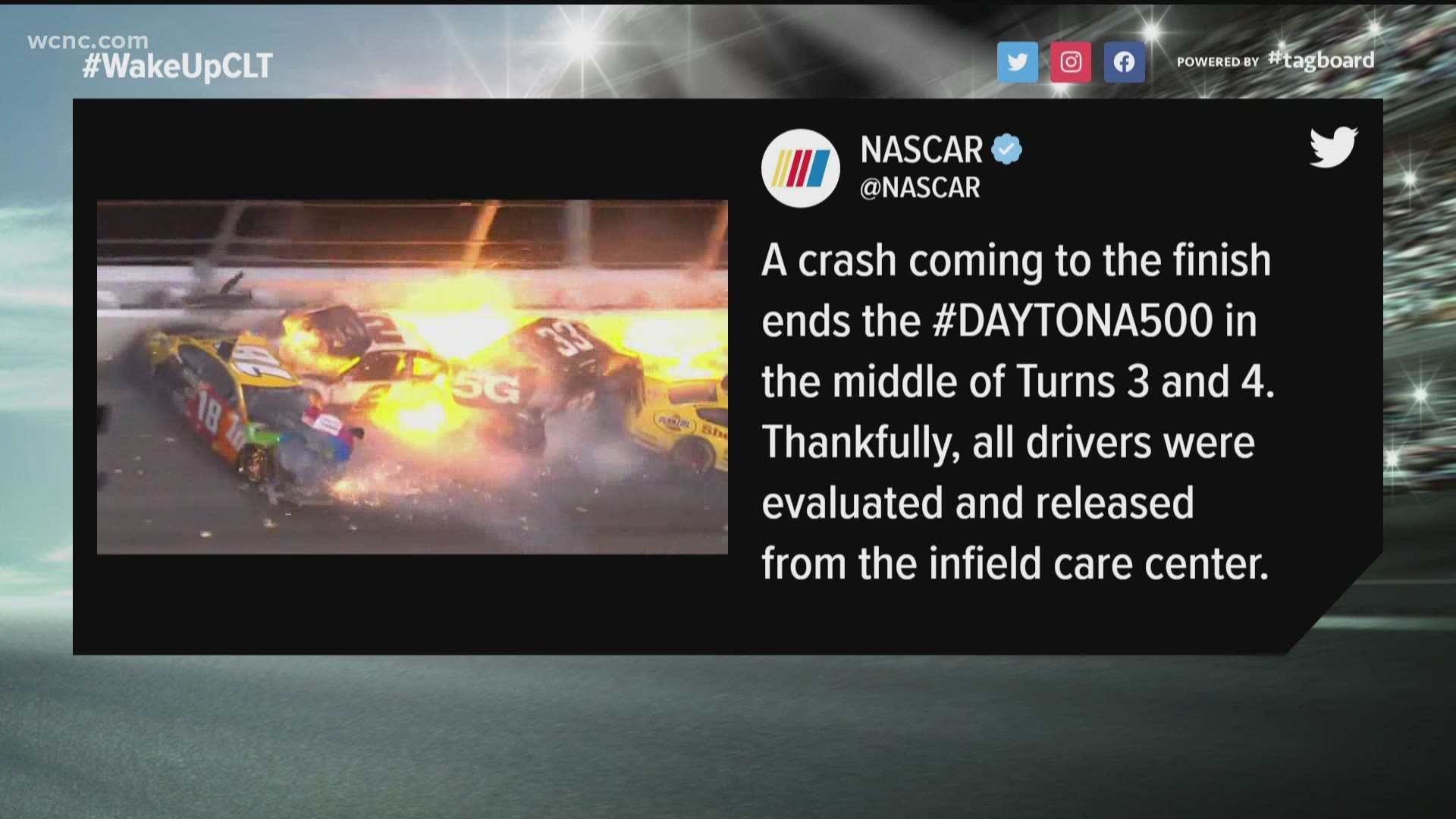 He still came out of NASCAR's marquee race with another milestone, becoming the first Black driver to lead a lap in the Daytona 500.

Wallace dipped to the low line late in the second stage to grab the lead on lap 129 in the No. 23 Toyota. He lost the lead back to two-time defending champion Denny Hamlin — who co-owns 23XI with Jordan — and ran third at the end of the stage.

Wallace got caught up in a fiery, chaotic last lap crash and finished 17th in a race won by Michael McDowell.

“Bum end. I bailed out down the back saw the wreck happening and got run over from behind. Should’ve bailed sooner,” Wallace tweeted. “Fast car, can’t have loose wheels. Onto the right turns.”

Take another look at @BubbaWallace's view of the last-lap crash in the #DAYTONA500. pic.twitter.com/8XQrMHYyp5

Wallace was forced to pit with 22 laps left in the race because he felt a vibration because of the loose wheel in the Toyota. He fell a lap down and pushed Hamlin to give his boss and Toyota teammate a nudge toward his run at a record third straight Daytona 500 championship.

“We worked together quite a few times,” Hamlin said. “I actually thought he was going to win the second stage.”

Wallace finished second in the 2018 Daytona 500 for the highest finish in the race by a Black driver.

Wallace had a solid first two-thirds of the rain-delayed race at Daytona International Speedway after a tumultuous start in Jordan's debut race.

Bum end. I bailed out down the back saw the wreck happening and got run over from behind. Should’ve bailed sooner🤷🏾‍♂️

Onto the right turns

“He was running up front and battling for stage wins. That’s what we want to see,” Hamlin said.

Jordan’s No. 23 Toyota failed inspection twice before the race, prompting NASCAR to kick the team’s car chief out off the grounds. The car passed on the third attempt, but had to start from the back of the field. Jordan watched the beginning of the race from a luxury suite.

The six-time NBA champion had his first conversation with the 23XI crew chief when he called Mike Wheeler to find out why the team failed inspection.

Jordan entered NASCAR as the first Black principal owner of a full-time Cup Series team in nearly 50 years. He's tight with Hamlin and has rooted on the Joe Gibbs Racing driver from the pits in the past.

This venture is no lark for Jordan. Jordan was a kid when his late father packed up the car and took the family to NASCAR races at Southern tracks like Daytona, Darlington Raceway and defunct Rockingham Speedway.

Jordan once said he sets his clock to watch NASCAR every week.

RELATED: Party in a pandemic: NASCAR fans power through at Daytona

Because of the coronavirus pandemic, Jordan and Wallace never met until this week. Jordan hit town in the days before the race and played some golf — naturally — and had a made-for-TV team meeting with Wallace and Hamlin.

“I feel like he’s going to learn how to win. He’s got the talent,” Jordan told Fox Sports. "We would not have invested in him and picked him if he didn’t have the talent to win. By the end of the year, I think he’s going to have an opportunity and probably will win at least a couple of races. If it’s more, I’d be elated.”

Wallace was winless in his first 112 career Cup starts, all driving the No. 43 for Richard Petty Motorsports. Wallace is the only Black full-time driver at NASCAR’s top level and raised his profile last summer when he successfully called for the series to ban the display of Confederate flags at racetracks. His activism caught the attention of corporate America, which raised enough funding through five companies to sponsor the entire Cup season.

The 27-year-old Wallace flashed speed in the No. 23 Toyota — yes, Jordan’s old Bulls number — at Speedweeks and topped the only practice session this week. He qualified sixth before he fell to the back of the pack because of issues that emerged out of pit stop practice.