Four people were killed, 83 were arrested and 50 D.C. police officers were injured in the riots and demonstrations near and at the U.S. Capitol Wednesday. 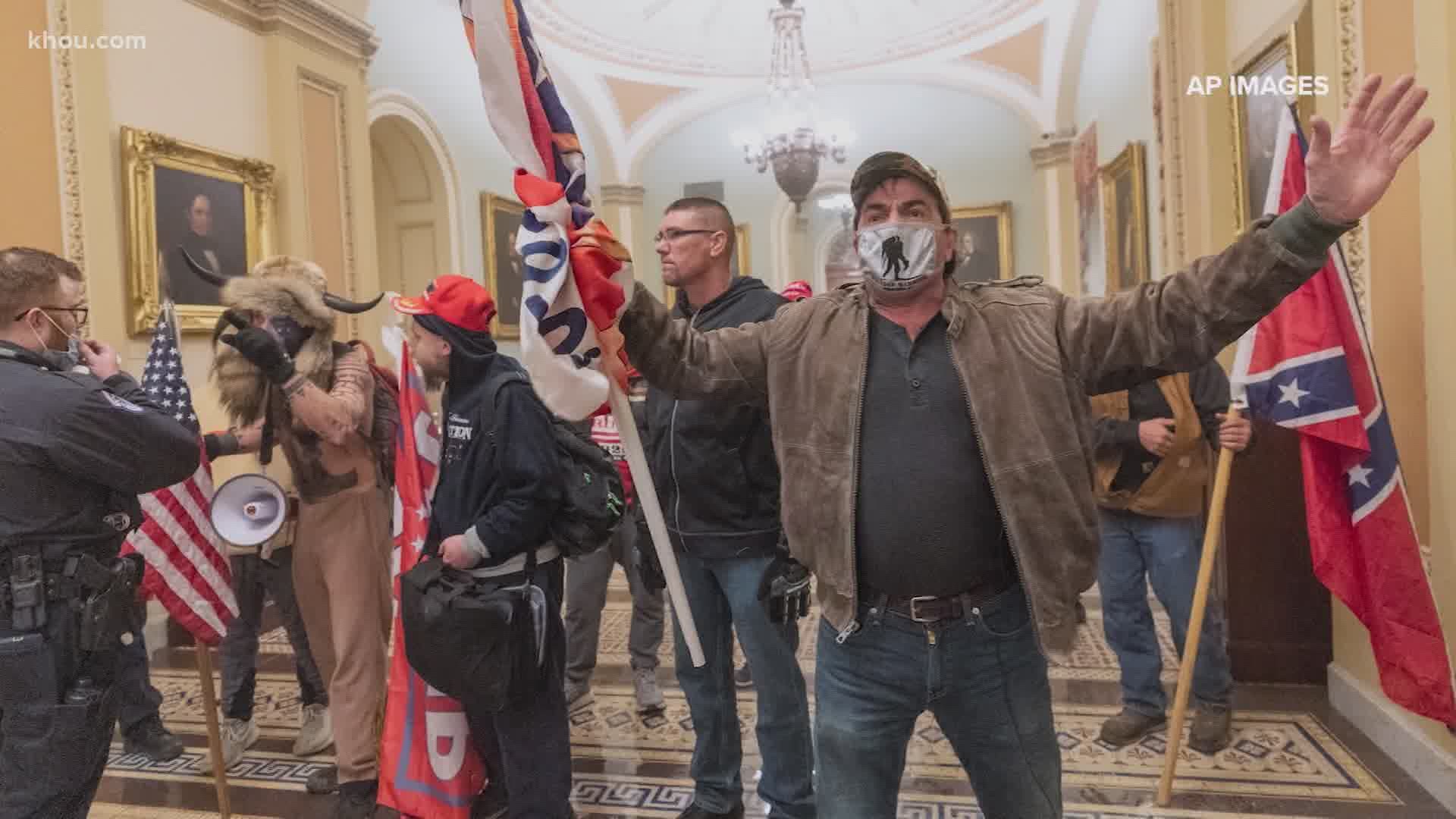 WASHINGTON D.C., DC — Eight people from North Carolina were arrested Wednesday amid the chaos at the Capitol in Washington D.C. when a pro-Trump mob overran and broke into the building.

Angry supporters of President Donald Trump stormed the U.S. Capitol to prevent a peaceful transfer of power, forcing lawmakers to be rushed from the building and interrupting challenges to Joe Biden’s Electoral College victory.

Four people were killed, 83 were arrested and 50 D.C. police officers were injured in the riots and demonstrations near and at the U.S. Capitol. Among those arrested were eight North Carolinians:

RELATED: US Capitol Riot: What we know about the chaos in DC, aftermath

Trump supporters stormed the U.S. Capitol grounds at around 2 p.m., breaking into the US Capitol Building around 2:45 p.m., making it as far as the House Chambers, where just minutes before, the U.S. Congress was beginning to certify the electoral college results.

A woman was shot and killed inside the building as rioters tried to break into the House Chamber. A US Capitol Police officer in plain clothes fired a shot, hitting the woman. Ashli Babbit, 35, was taken to a hospital where she was pronounced dead.

The other three deaths -- a woman and two men -- were medical emergencies not related to shootings, DC police said. No other information was given about their deaths.

Of the 83 arrested, four were charged with carrying a pistol without a license, possession of a large capacity ammunition feeding device, and possession of unregistered ammunition, according to DC police. Forty-seven people were arrested because of disobeying the curfew put in place by DC's mayor from 6 p.m. on Wednesday until 6 a.m. on Thursday. One person was arrested for possession of a prohibited weapon, which earlier Wednesday was described by police as "illegal fireworks."