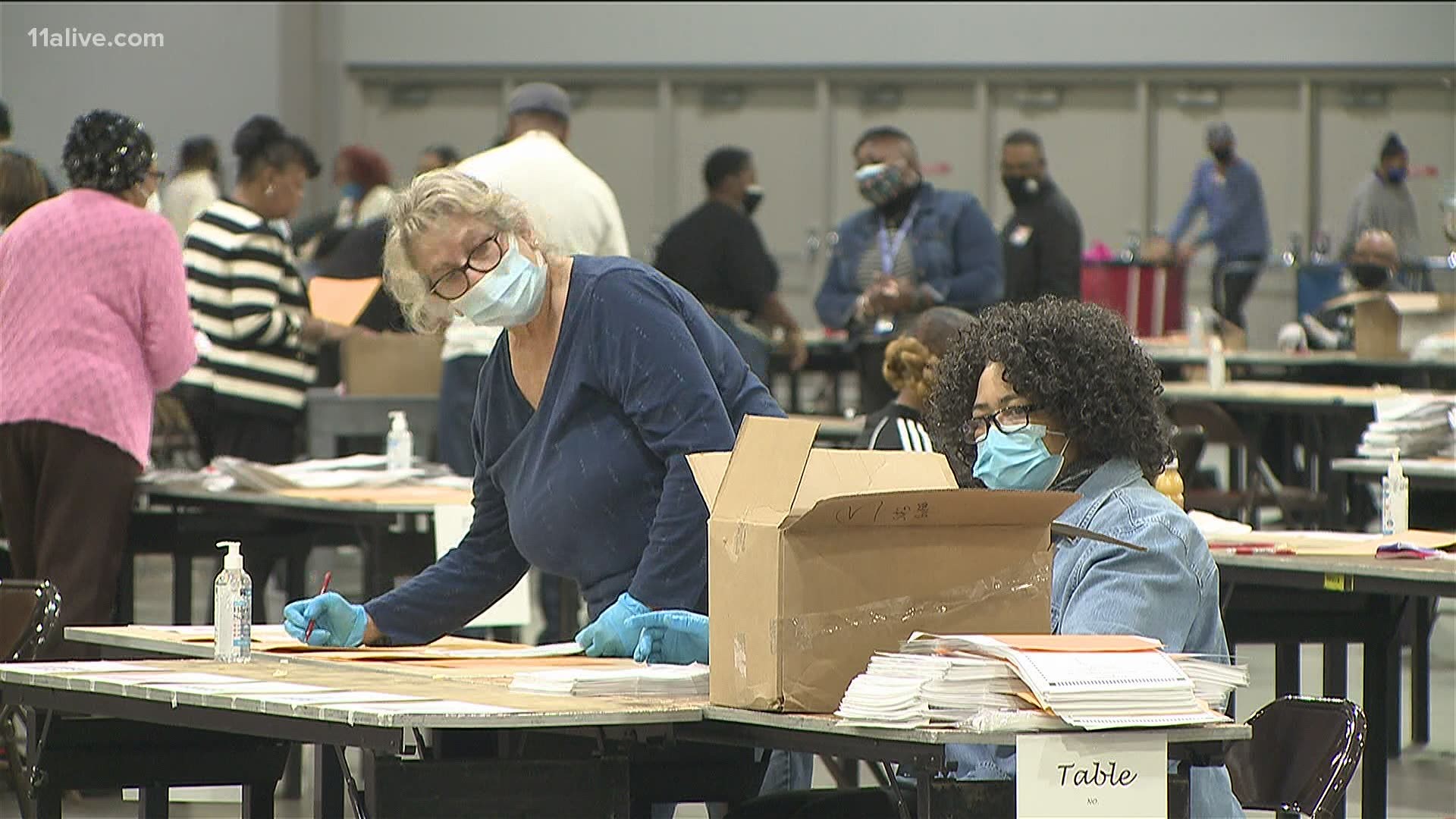 Despite painstaking efforts to keep election sites safe, some poll workers who came in contact with voters on Election Day have tested positive for the coronavirus, including more than two dozen in Missouri and others in New York, Iowa, Indiana and Virginia.

The infections cannot be tied definitively to polling places. Because COVID-19 is spreading rapidly in the U.S., there is no way to determine yet whether in-person voting on Election Day contributed to the surge, public health experts said.

Still, the infections among poll workers raise concerns because of how many people passed through voting sites, which implemented social-distancing rules, erected protective barriers and stocked sanitizer, masks, gloves and other safety gear. In most places, poll workers were required to wear masks.

The cases emerged while election workers continued counting thousands of ballots. As a hand tally of the presidential race began in Georgia, the state's top election official placed himself under quarantine after his wife tested positive for the coronavirus.

In Cedar Rapids, Iowa, which is in a county considered a national virus hot spot, an election official who worked an early voting site later tested positive.

“I’m actually surprised that we don’t have more cases,” said Linn County Election Commissioner Joel Miller, who noted that several county workers in his building tested positive in the last week. “It actually seems kind of far-fetched that we didn’t have more, but they might not be reporting it to us.”

Election workers in Jackson County, Missouri, which includes Kansas City, seem to be the hardest hit so far, with about 28 staffers testing positive in the past couple of weeks.

RELATED: VERIFY: Fact-checking claims made by 'stop the steal' groups

Tammy Brown, head of the Jackson County Election Board, said her staffers urged voters who felt ill to avoid coming inside, though she suspects not everyone listened. The board dealt with nearly 200,000 voters, including more than 60,000 who cast early ballots.

“We, as election officials, all knew we were at risk,” Brown said. “I don’t think this was shocking to any of us.”

With transmission rates high in Missouri, health officials are not ready to link the cases to polling places. They say the workers could have become infected anywhere.

The county offered drive-thru voting for people with COVID-19 or who were quarantining because of contact with someone who was infected. When part-time workers became ill, full-time election board staff worked the drive-thru line.

It's difficult to trace cases back to polling places because the virus manifests in different ways, and some people never get symptoms. Infections also are spiking as people gather with extended family or friends and return to more crowded public settings.

The U.S. on Sunday surpassed 11 million confirmed COVID-19 cases, with the most recent million coming in less than a week, according to Johns Hopkins University. The virus has now killed more than 246,000 people in the United States, and the disease is spreading faster across the country than at any time since the pandemic started.

While that spread increases the likelihood poll workers may have contracted the disease elsewhere, there have been calls for their co-workers to quarantine and voters to be tested as a precaution.

In New York, more than 1,600 people who voted at a site in the Hudson Valley on Election Day have been advised to get tested after a poll worker tested positive. Officials said colleagues who had sustained contact with the worker will be tested, but they described the risk to voters as minimal because the person wore a mask, kept distance and followed other safety measures.

Similarly, officials in Virginia's Carroll County said two poll workers in different precincts have tested positive. A health official said that because both were in their infectious periods on Election Day, testing has been offered to workers and voters.

It could be several weeks before the effect of in-person voting nationwide is known. Polling places that used safety measures could have greatly minimized transmission rates, perhaps making them less risky than going to a restaurant with friends, said M. Kumi Smith, an assistant professor with the epidemiology division at the University of Minnesota.

“A super-spreader event is a lot easier to identify when you’re still at an early stage of an epidemic or when there’s a really discrete event that’s really unlike anything else that anyone else is doing,” she said. "But given the real range of activities that are going on here, I would probably be a little bit more skeptical of someone who declares that this is definitively a super-spreading event.”

No major reports of safety lapses or risky voting conditions have emerged.

States had varying rules for masks. But even in places with mandates, officials balked at requiring face coverings while voting. Instead, they opted for a strong recommendation or offered options such as curbside voting or booths away from others.

In Indiana, a poll worker who later tested positive did not show symptoms, practiced social distancing and “wore a mask at all times” on Election Day, said Bartholomew County Clerk Jay Phelps. As a precaution, seven colleagues are quarantining for two weeks.

He said election officials spent a lot of time and money making polling places as safe as possible. Poll workers wore masks, and machines, tables and doorknobs were constantly sanitized.

“We worked really hard to make sure that every polling location had protocols in place,” Phelps said.

Associated Press coverage of voting rights receives support in part from Carnegie Corporation of New York. The AP is solely responsible for this content.