The annual event is held on the first Tuesday of each August. 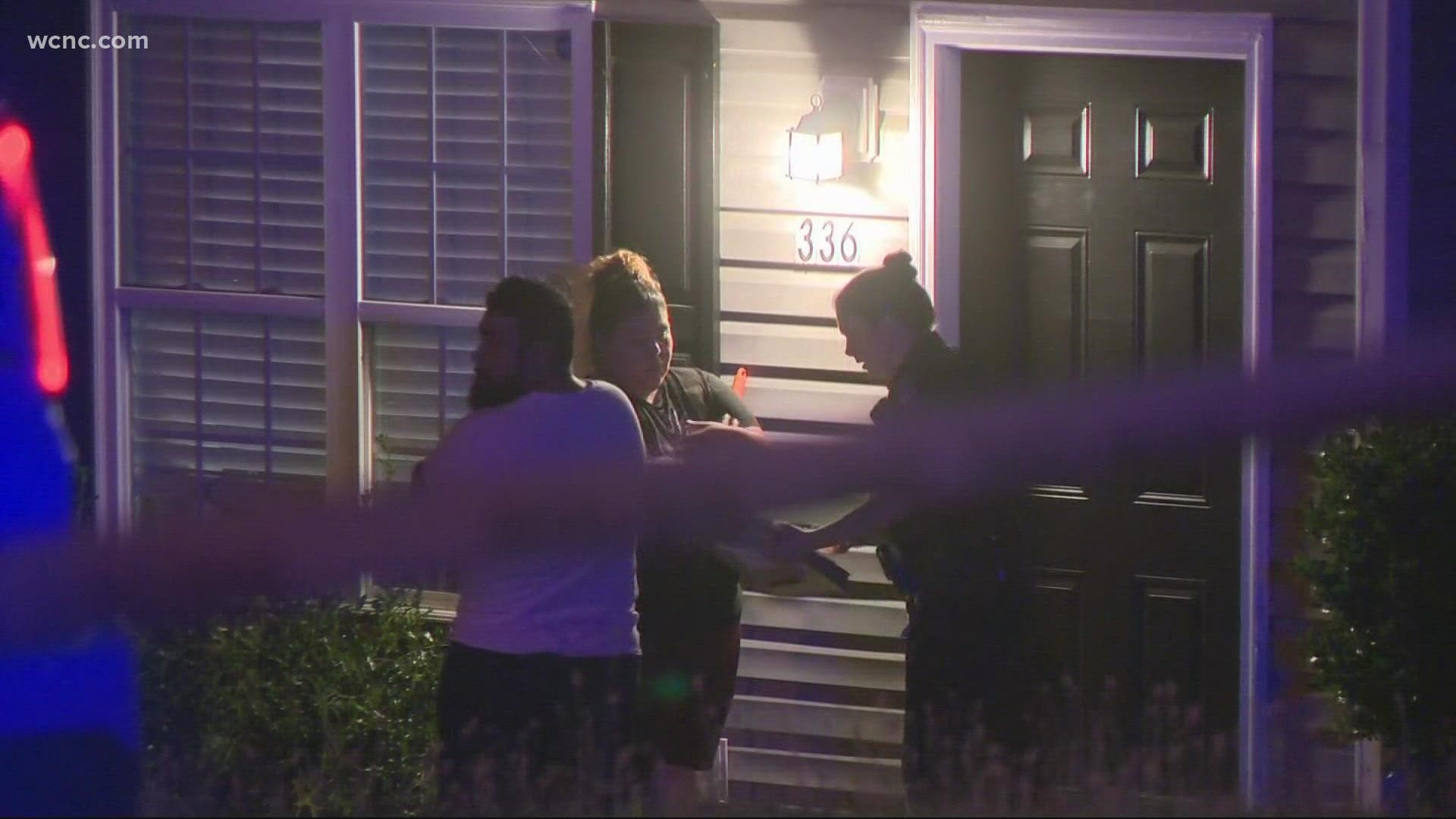 CHARLOTTE, N.C. — It's about building trust and fellowship.

It started with folks leaving their porch lights on as a sign of unity, but it's grown into so much more from cookouts and other public activities attended by neighbors and those we rely on in times of trouble.

For the better part of four decades, communities around our country, including many in our area, have taken part in National Night Out.

The goal of National Night Out started as a way to enhance the relationship between neighbors and law enforcement while bringing back a true sense of community.

It gives law enforcement another chance to engage with the neighbors they are sworn to protect and serve.

"We care about our community so we're out here engaging, helping and giving back as much as we can," said Mecklenburg County Sheriff Officer Darian Cuthbertson.

On Tuesday, he was spotted playing basketball with children and teenagers in Hidden Valley, including 12-year-old Raina Crocker.

"I don't feel threatened, I don't feel anything. I feel like I'm safe here," after forming a relationship with Officer Cuthbertson on the court.

He gave her pointers about the game, and let her know he was there for her.

"They see a Black man that's in law enforcement that's giving back that's not against them, that's not oppressing them," he said.

Lyles said it's important to have nights like National Night Out, not only to build trust but also to help form relationships to solve crimes.

"All of us are in this, we're working on this together," Lyles said.

CMPD noted that violent crime was up 5% in the first half of 2021, a year already riddled with at least 50 homicides, 155 sexual assaults, and nearly 3,000 aggravated assaults, according to department data in mid-July.

Law enforcement believes with more outreach they can build bridges with the community, making it safer in the long run.

"I come from the same place they come from. And if I was able to make it, and somebody helped me -- I'm doing the same to them," Cuthbertson said.

You can learn more about National Night Out by clicking here.