After months apart, one military mom paid her kids a surprise visit after her overseas deployment. 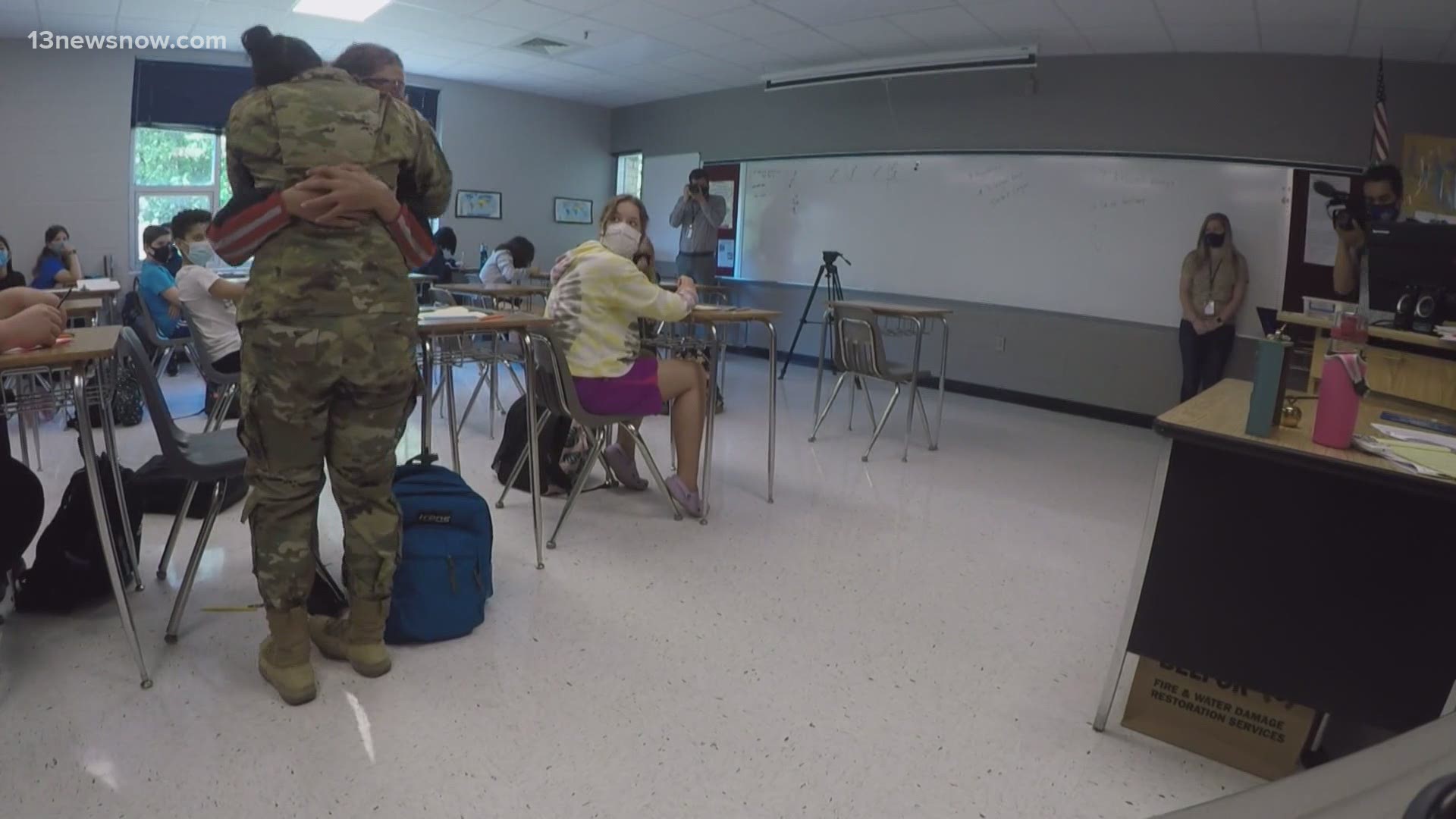 And for U.S. Air Force TSgt. Lauren Brent, the time she's spent far away from home only makes her time back stateside all the more special.

“It’s been so long, part of it feels strange being back home but also great."

Brent, a 2005 graduate of Grafton High School, deployed overseas to Saudi Arabia on October 4, 2020. Since then, her three children Jayden, Ava, and Camden have been staying with Brent's parents Terry and Donald Shannon in Yorktown.

This Friday at Coventry Elementary School, Brent surprised her daughter Ava in front of her 3rd-grade class in the middle of a "Month of the Military Child" presentation from the school.

The embrace felt surreal for Brent, who hadn't seen her children since they started the school year in Virginia last September.

“She’s gotten taller. She just started wearing glasses before I left, I’m still getting used to it!" Brent told 13News Now Friday in an exclusive follow of her day.

Their reunion was short-lived, however, because miles away at Grafton Middle School, her oldest son Jayden was next on the list of surprise reunions.

“I really wanted to surprise them at school. First time being away this long, I wanted it to be special,” she explained.

Last on the agenda was Brent's youngest son Camden, just three years old, who was surprised in front of the grandparent's house after Brent appeared from around the corner of the home.

While away, Brent missed the birthdays of her two oldest children Jayden and Ava, which she says were the hardest moments of her deployment.

“Working long days, you just miss home so much.”

But now what her family missed most of all, is back home to stay.

The reunion was also a full-circle moment for her parents, especially father Donald Shannon, a U.S. Air Force veteran who once served overseas in Saudi Arabia during the Gulf War, too.

“Spending quality time -- especially with COVID -- taught us to take a step back and enjoy the smaller things,” he said.