NBC Charlotte did some digging on how much this new election is going to cost taxpayers. 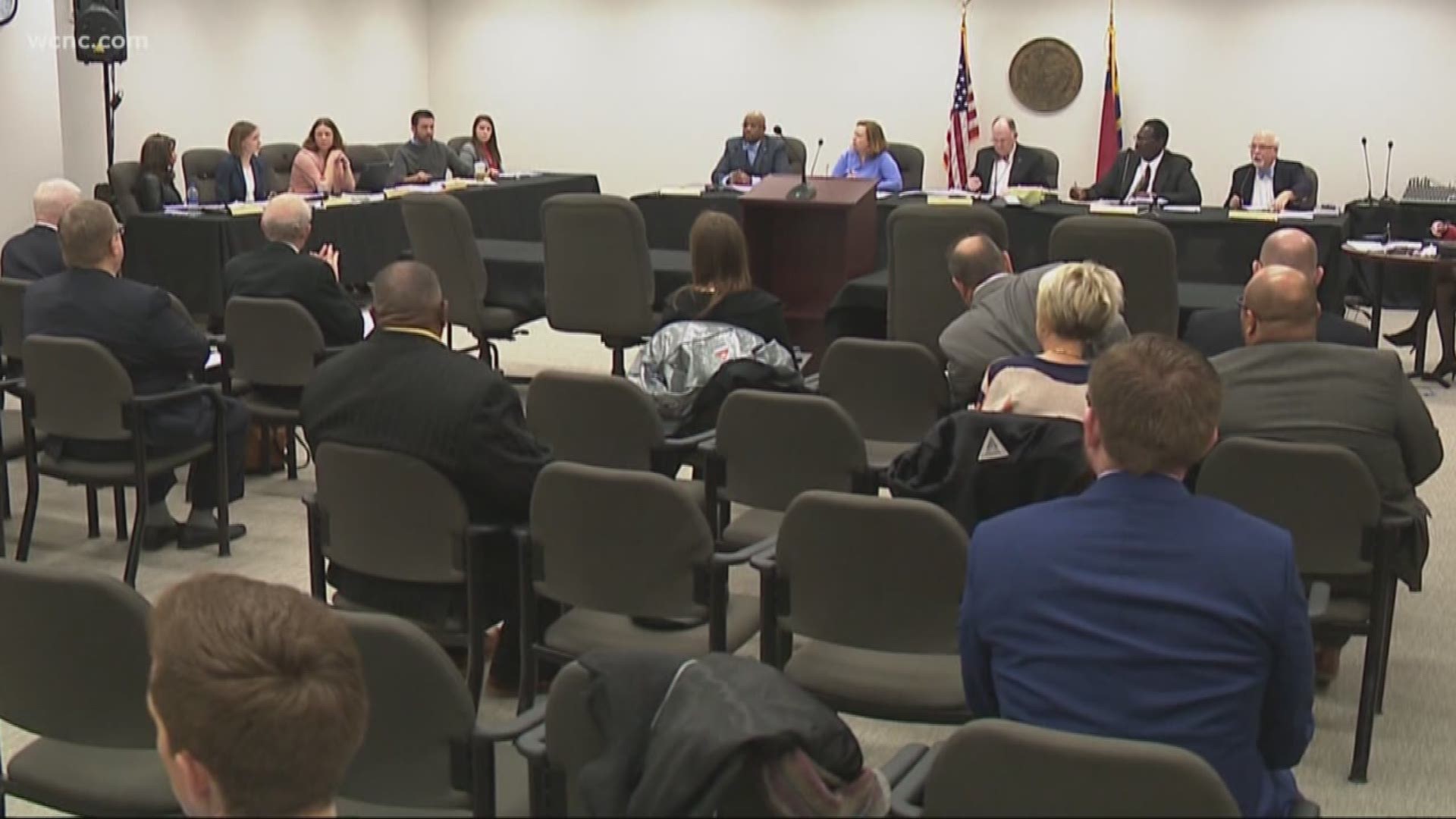 RALEIGH, N.C. — The North Carolina State Board of Elections voted 5-0 Thursday for a new election in the 9th District race after reviewing evidence that it was tainted by absentee ballot fraud.

The State Board of Elections met on Monday to set a new election date for the 9th District race.

The board will set the date of the election in a future meeting. A new election was also ordered for two local contests in Bladen County.

NBC Charlotte did some digging on how much a new election for the 9th District race is going to cost taxpayers. We know there will be three parts -- the filing period, a primary election, and a general election that experts said could be this summer.

Harris called for a new election earlier Thursday. He was called to testify about what he knew about an absentee ballot operation during last November's election.

Following a long recess, Harris re-entered the hearing and released a statement requesting this new election. He admitted to the board that he had battled two strokes as a result of his recent illness. Harris said he struggled with his recollection Thursday morning.

"It's become clear to me that the public's confidence in the 9th district seat general election has been undermined to an extent that a new election is warranted," Harris said.

"We respect Dr. Harris' decision on behalf of the voters. This has been a tremendously difficult situation for all involved and we wish him the best as he recovers from his illness and subsequent complications. We will continue to work with legislators and investigators on how we can improve the electoral system so that these kinds of situations can be avoided in the future. The people of North Carolina deserve nothing less than the full confidence and trust in the electoral system. We'd like to thank the hard-working staff and members of the North Carolina State Board of Elections for their professionalism and dedication in this investigation."

McCready responded to the board's vote Thursday afternoon on Twitter.

Harris was the apparent winner of North Carolina's 9th District race, but the results were never certified because of allegations of absentee ballot tampering.

RELATED: 'I prayed on it' | Mark Harris testifies in 9th District hearing

A new NBC News analysis of raw state election data found that 3,510 absentee ballots requested district-wide were never turned in, and no vote was counted for those individuals by any other method. For Bladen County alone, that number was 472.

Affidavits released to the public revealed allegations from voters that their ballots were illegally collected and, in some cases, tampered or thrown out. Harris won by 1,557 votes in Bladen County and 61 percent of absentee ballots were cast in his favor, even though just 19 percent were requested by Republican voters.

In addition to the arrest of McCrae Dowless, Caitlyn Croom was arrested Sunday, March 3 around 11:30 a.m. in New Hanover County. She was charged with conspiracy to commit felony obstruction of justice and possession of absentee ballot.