NC is no longer charging you interest for your taxes

State lawmakers are proposing a law that would eliminate the interest on state return tax payments. 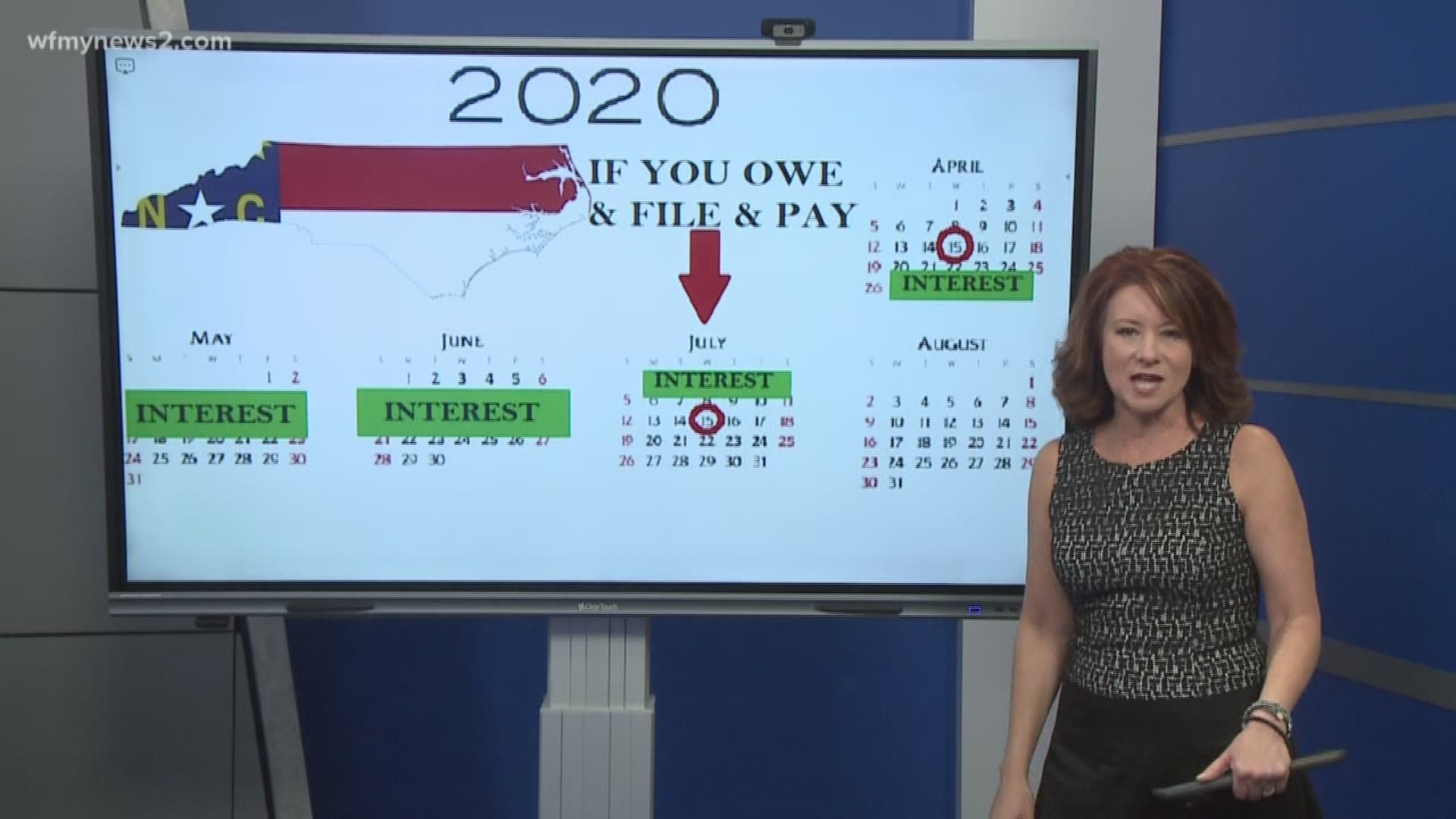 GREENSBORO, N.C. — UPDATE: State lawmakers have proposed a law to waive interest on taxes you owe to the state, because of the coronavirus outbreak. The Secretary of Revenue will officially extend the state tax deadline to July 15th. The measure still needs to be voted on, but it is expected to happen.

Normally, I’d be counting you down to tax day, but this year, April 15th is really July 15th for federal and state taxes.  Your returns aren't due until July 15th.

BUT, there's this: If you owe money to North Carolina and you file by the July 15th date and pay the money then, the state is still going to charge you interest on that payment-- all the way back to April 15th. 2WTK is hearing state legislators will change this during their session in late April, but as of right now, the interest is still on the books.

2WTK talked to tax accountant Kevin Robinson. “They have not yet forgone the interest on payments. There is still going to be interest unless the legislature steps in and waives the interest  just as they've waived the penalty and the filing until July 15th.”

RELATED: Get ready for calls, texts, emails, and Facebook messages about your stimulus payment

According to the North Carolina Department of Revenue page. It spells it out: “The department cannot offer relief from interest charged to filings after April 15. Unless state law is changed, tax payments received after April 15 will be charged accruing interest over the period from April 15 to date of payment.”

How much is the interest rate? It is 5% annually, which is the minimum rate allowed by state law. So let's say you owed $1,000, you could owe another $50 in interest if you didn't pay April 15th.

RELATED: Verify: No, the stimulus check won't be deducted from your tax refund next year

“With these hard times and this national emergency, people need relief and that's one of the things, knowing they won't have the interest to pay if they don't pay their state tax by April 15th. As a member of the NC Association of accountants, it doesn't make us happy either. We want the DOR and legislators to move on this.”