Not in my backyard: Are cell towers coming to your neighborhood?

Now that we know Charlotte will be one of just a dozen cities to get 5G from AT&T later this year, lightning-fast cell service likely isn't the only thing we're getting. 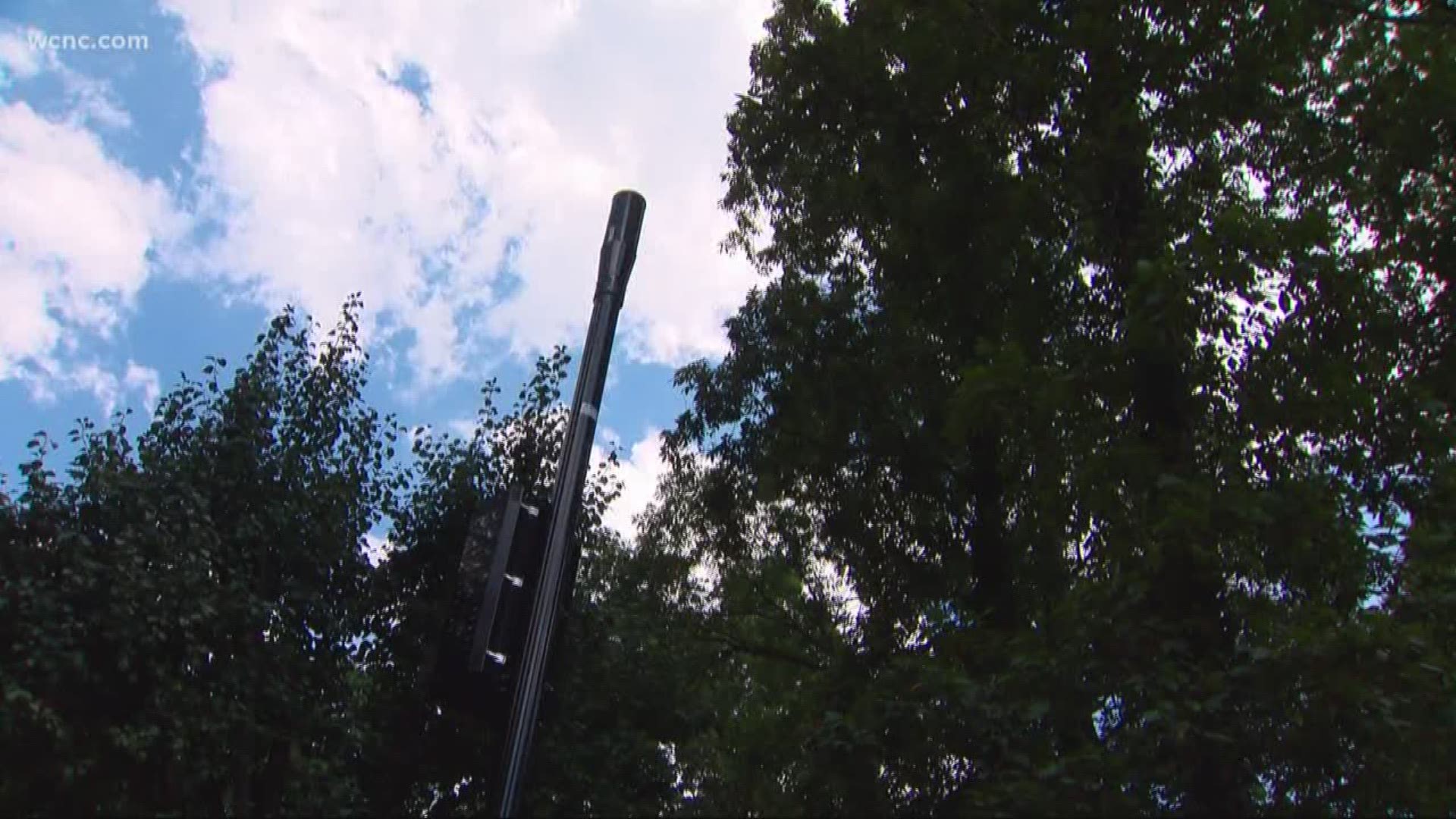 CHARLOTTE, N.C. — Now that we know Charlotte will be one of just a dozen cities to get 5G from AT&T later this year, lightning-fast cell service likely isn't the only thing we're getting.

Thousands of small cell towers may be headed to our neighborhoods too, some of us even in our front yards. They look similar to the ones outside and inside Piper Glen Estates. That's the same neighborhood that put up a fight two years ago to stop the construction of the towers.

At the time, many homeowners expressed concerns about their property values and possible health impacts. The towers are not nearly as noticeable as the massive cell towers we're used to seeing, but they're still noticeable.

UNC Charlotte College of Computing and Informatics Associate Professor Weichao Wang said with 5G, we all could see many more of the small towers a lot closer together. The wireless expert estimated AT&T will need 400 small towers just to cover uptown Charlotte and upwards of 28,000 if the company expands the network across the whole area.

Wang said there will need to be one of the towers roughly every 100 to 500 yards.

"We need to make the tower relatively close together," he said.

Despite the addition of the towers, Wang said he's thrilled to see 5G headed to Charlotte because it comes with more bandwidth and higher speeds at a time when the changing word needs the new technology.

"The technology is rolling forward. It does not matter whether or not we like it," he said. "I'm pretty happy to see the result. In the short-term and the long run, I will say the customers will benefit."

While AT&T isn't releasing which specific areas it will serve initially, a spokesperson said the company will put the towers on existing infrastructure when possible. That could include street lights and utility poles.

AT&T will not say at this point how many new towers or small cells the company will need for 5G in Charlotte, but a company spokesperson promised more details later this year.

Beyond appearances, there's also the concern of your health. The founder of the Environmental Health Trust said multiple studies show cell tower radiation could cause real health issues.

"There really are reasons for serious concern that 5G could be a major public health catastrophe," Dr. Devra Davis said. "There needs to be public monitoring. We have been introducing a technology without studying it adequately and frankly, I would think that our modern civilization can do better than this."

"Because this is the first generation to have cradle-to-grave lifespan exposure to this level of man-made microwave (RF EMR) radio frequencies, it will be years or decades before the true health consequences are known," Cindy L. Russell wrote in her study 5 G wireless telecommunications expansion: Public health and environmental implications. "Precaution in the rollout of this new technology is strongly indicated."

Just last year, 225 scientists from all over the world sent a letter urging the FCC to consider the potential impact before moving forward with the technology in the United States.

"We should not be experimenting on our children and ourselves by making it widespread without adequate safety data," Dr. Davis said.

AT&T chose not to comment on our question about health concerns. Instead, the company referred us to the Cellular Telecommunications Industry Association. We received this statement:

The safety of cell phone consumers is important to CTIA and the wireless industry. We follow the guidance of the experts when it comes to RF and health effects.

Following numerous scientific studies conducted over several decades, the FCC, the FDA, the World Health Organization, the American Cancer Society and numerous other international and U.S. organizations and health experts have concluded that the scientific evidence shows no known health risk to humans due to the RF energy emitted by cellphones.

The evidence includes analysis of official federal brain tumor statistics showing that since the introduction of cell phones in the mid-1980s, the rate of brain tumors in the United States has decreased.