Return America says they've been treated unfairly by Cooper and are filing a lawsuit to allow churches to reopen for indoor services. 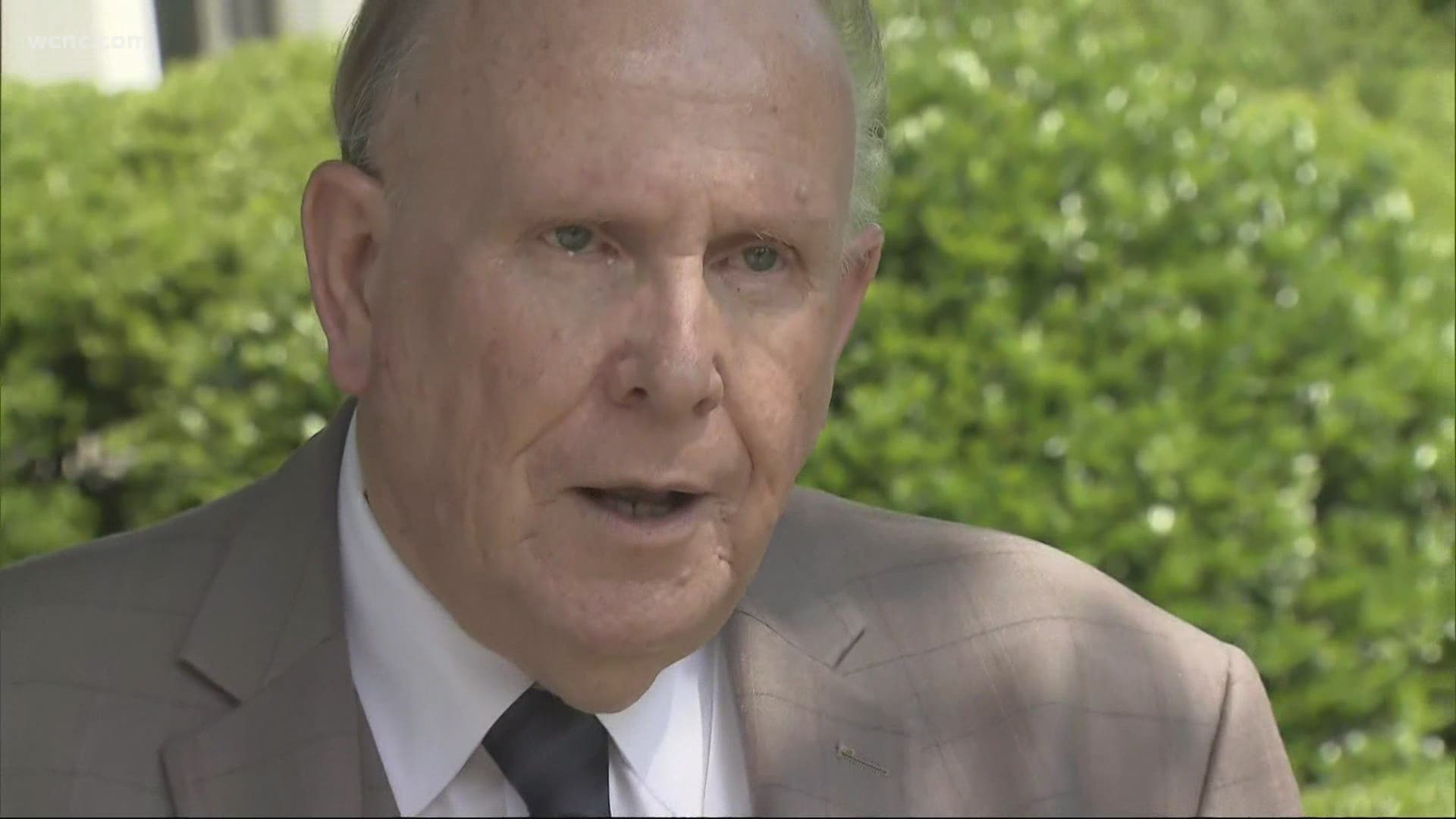 Dozens of pastors and other religious leaders from across North Carolina met in Raleigh Thursday, calling on the state to lift its tight restrictions on churches so they can reopen for in-person services.

Return America held a rally outside the Capitol Thursday, and has filed a lawsuit against Governor Roy Cooper for what they call "a violation of Constitutional rights." Pastors, Christian educators and even Republican representatives from the Charlotte area participated in Thursday's protest.

The group wants Cooper to allow church services to be held inside their buildings. Right now, under North Carolina's Phase 1 of reopening, churches can hold gatherings of any size outdoors, but indoor services are limited to no more than 10 people.

RELATED: List: Where to get COVID-19 testing in NC

RELATED: Harris: 'At this point I would say yes' Mecklenburg County ready to enter Phase 2 next week

Return America has support from roughly 200 church leaders across North Carolina and eight state officials, including Jeff McNeely from Iredell County, and Larry Pittman from Cabarrus County.  The group says they're not being treated fairly.

Cooper responded to some of those concerns during his media briefing Thursday afternoon.

"We don't want our churches to become hot spots for this virus. When people are gathered together indoors and closer to each other for more than 10 minutes, the virus has a significant chance to spread from one person to the next and we've seen tragic consequences when that's the case," Cooper said.

Phase 2 of reopening would potentially see restrictions on indoor gatherings relaxed. That could begin as early as next Friday, May 22, according to Cooper.