College cheerleaders who knelt during national anthem cut from squad

WXIA's Ashley Johnson did some digging to find out whether it was a case of steep competition or discrimination. 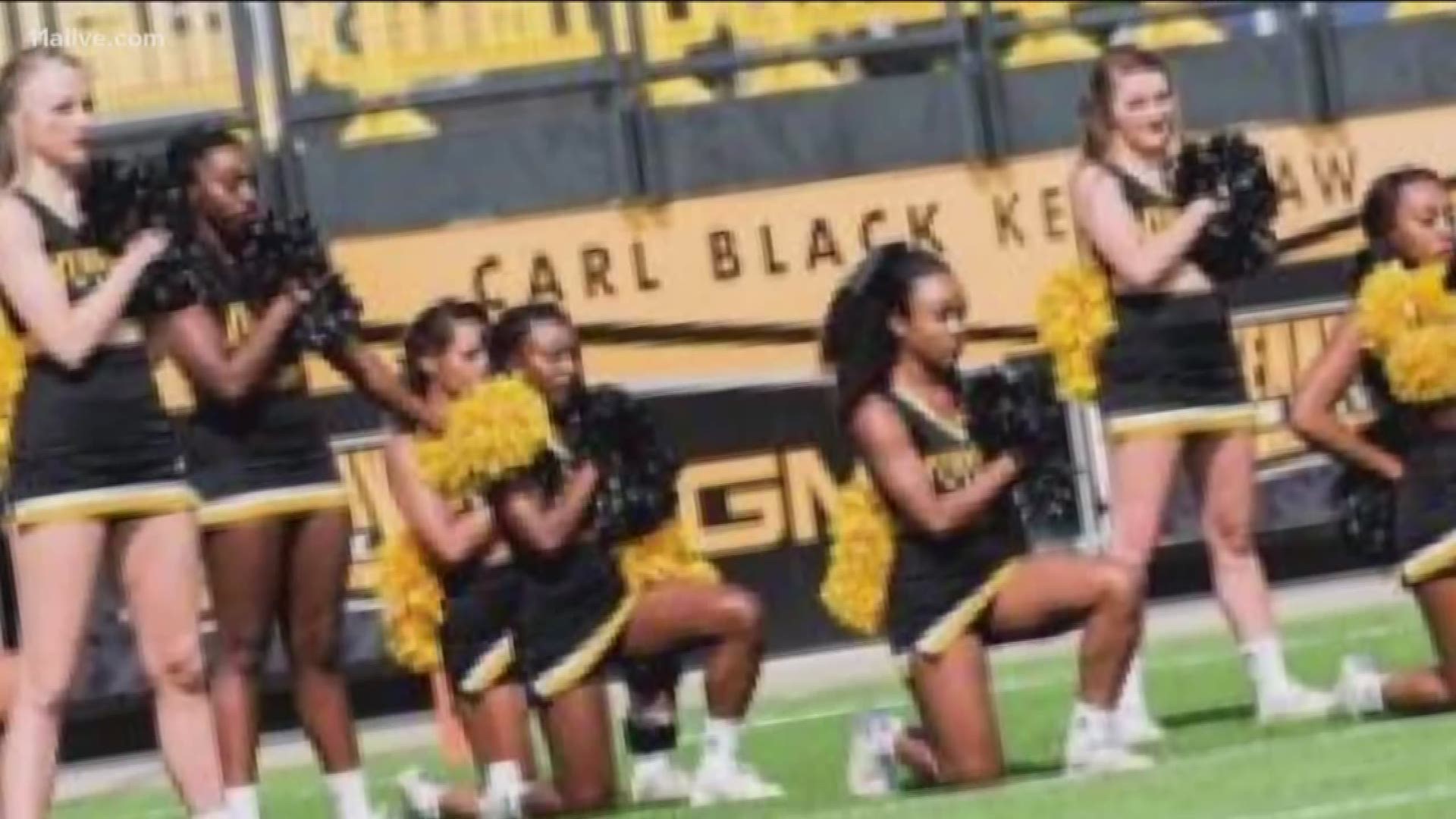 KENNESAW, Ga. — Kennesaw State University takes on Georgia state Thursday night for their first game of the season, and there was a question of five KSU cheerleaders who knelt during the national anthem last season would do it again.

But WXIA has learned, four of those girls didn't even make the squad this year.

The five cheerleaders stirred controversy last year when they knelt before the start of one of KSU's home football games on Sept. 30.

Their actions drew both praise and criticism. Days after the back-and-forth, Georgia's attorney general weighed in, saying students at public university could kneel, as long as it was not disruptive. But KSU took a different approach, banning cheerleaders from the pregame routine. 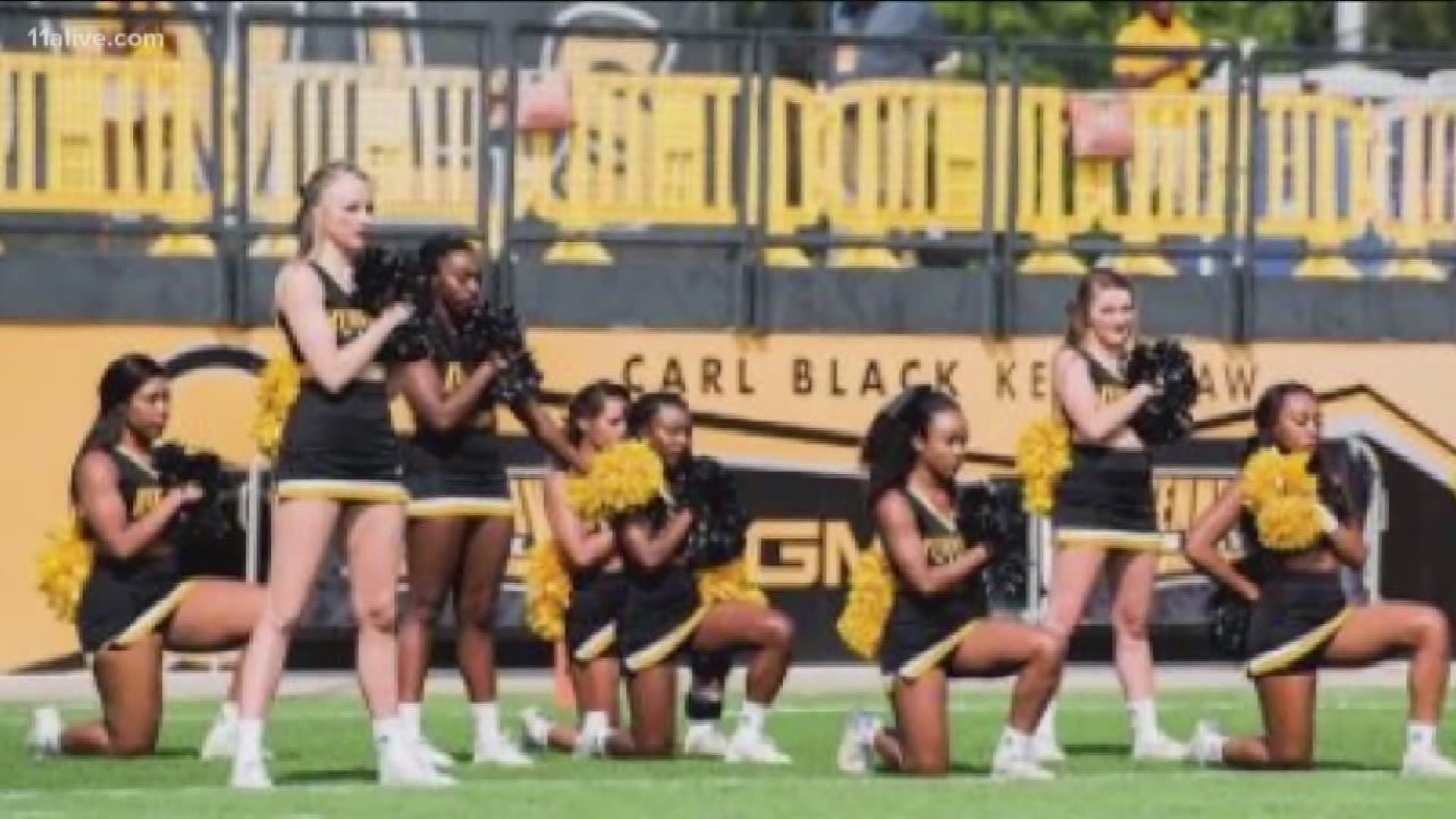 CATCH UP (story continues below)

After much scrutiny, KSU made an about-face, letting the cheerleaders back on the field.

Flash forward to May, when four of the five kneeling cheerleaders didn't get invited back to the team.

WXIA's Ashley Johnson did some digging to find out whether it was a case of steep competition or discrimination.

KSU told WXIA that becoming a cheerleader for the university's squad was more competitive than ever. But one of the so-called "Kennesaw 5 Cheerleaers" who didn't make the squad believes them taking a kneel played a huge part.

Toomia Dead didn't want her face on camera, but still wanted her voice heard, saying the move is "what happens when you take a stand."

WXIA reached out to the school, who said it was an increase of competition that was to blame.

The school said it had just 61 applicants for the squad in 2017. That jumped to more than 95 applicants this year, creating more competition for the 52 available spots on the roster. Of those who tried out, 33 prospective cheerleaders did not make this year's squad, seven of whom were on the team last year.

But Dean said she isn't buying that.

Now, the question becomes whether the sole survivor of the "Kennesaw 5" will continue to take a knee alone. Dean said she isn't sure - the five are still close friends, but they shy away from talking about cheerleading.

THE HISTORY OF THIS PROTEST

In an interview with NFL.com last season, Kaepernick explained why he started first sitting out and then kneeling during the national anthem.

"I am not going to stand up to show pride in a flag for a country that oppresses black people and people of color," Kaepernick said, to NFL.com. "To me, this is bigger than football and it would be selfish on my part to look the other way. There are bodies in the street and people getting paid leave and getting away with murder."

He said, "I am not looking for approval. I have to stand up for people that are oppressed... If they take football away, my endorsements from me, I know that I stood up for what is right." 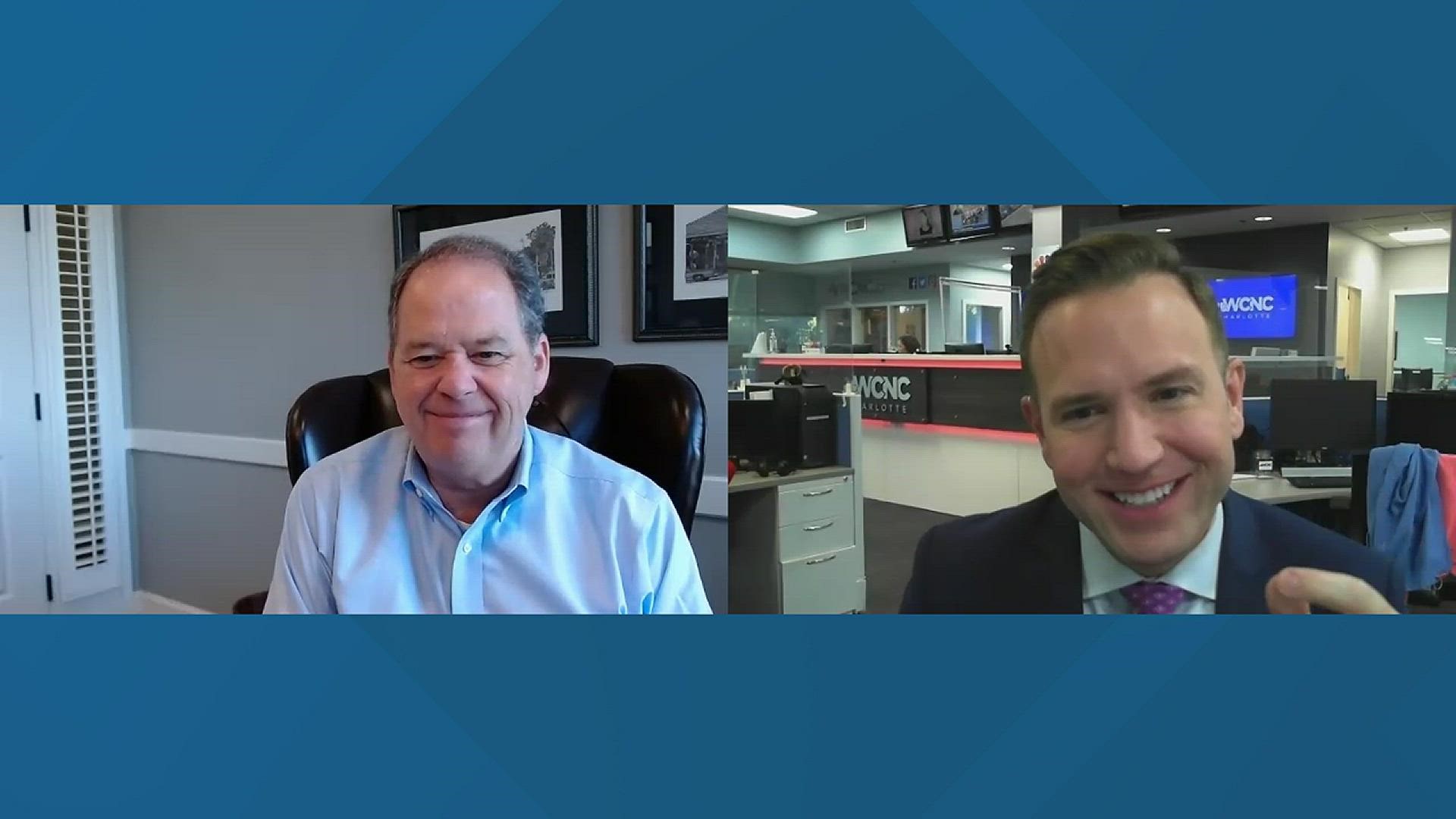