DJJ director given vote of no confidence by SC lawmakers

A group of Senators heard hours of testimony from DJJ employees and spoke with Director Pough before the unanimous decision. 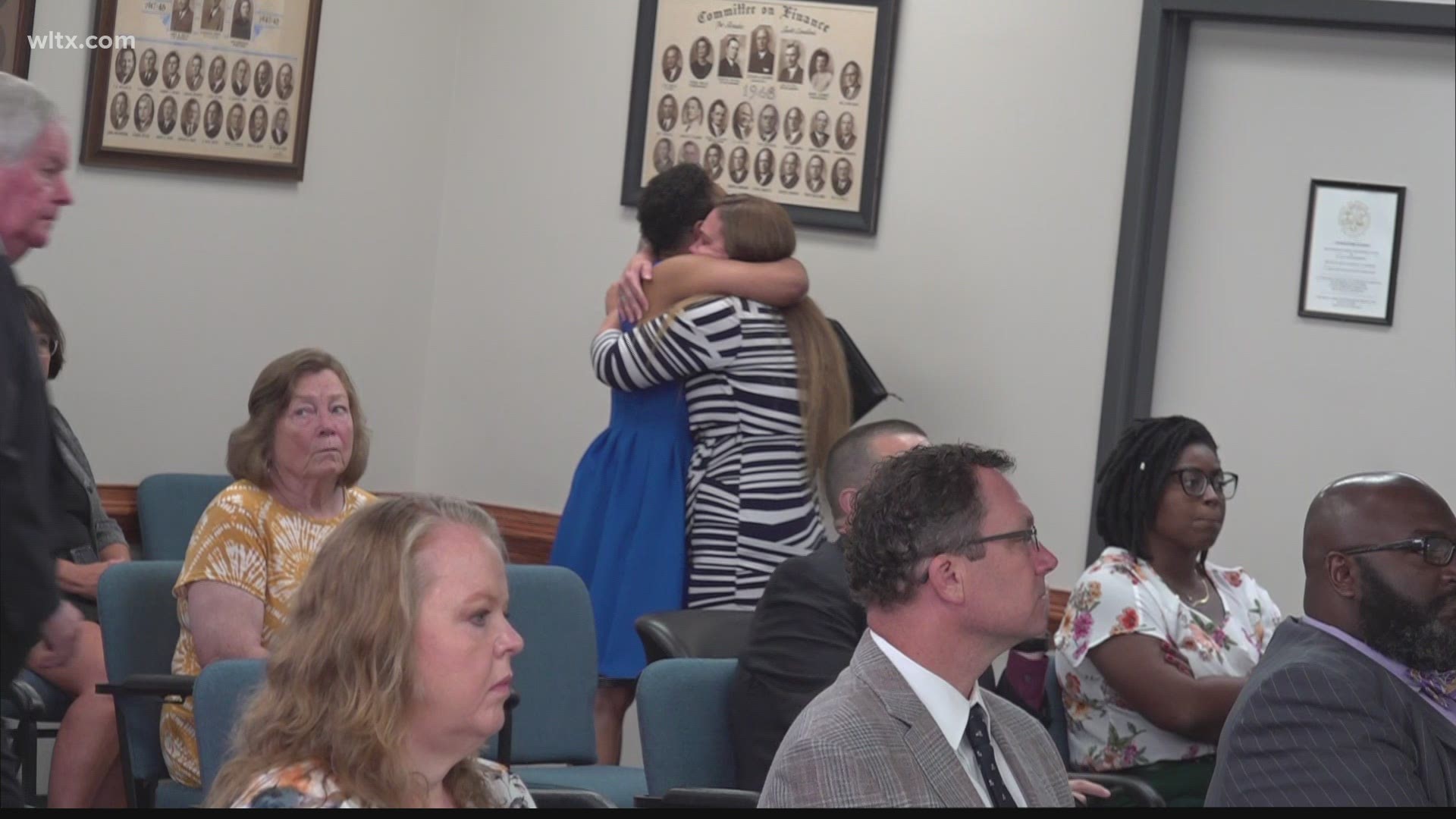 COLUMBIA, S.C. — "Out of control" and "critical" – two of the many words used to describe the South Carolina Department of Juvenile Justice during a hearing Wednesday.

Lawmakers met with DJJ employees and the director to talk about the lack of safety and morale at the agency. The hearing comes after over 20 employees walked out of a DJJ facility Friday to protest the working environment.

Over a dozen people gave public testimony. Many tears were shed by former and current employees, as well as a mother of a juvenile.

"People have suffered in silence. I’m guilty of that," said a former employee affectionately known as "Miss Mac."

"That walk out that happened Friday, that was the tip of the iceberg," Captain David Roberts said when speaking with lawmakers.

RELATED: Senators give SC DJJ director 'vote of no confidence' over handling of problems

And longtime teacher Wes Laws said "there's no safety, there's no leadership, there's a lack of discipline and there's a problem with the education system that we have there."

Lawmakers listened to personal accounts for hours, including Wendy Varner's. Her daughter is serving time in a DJJ facility.

Lawmakers are meeting again to go over issues at the SC Dept. of Juvenile Justice. They kick off the meeting saying they will keep working until employees feel safe and respected there. @WLTX
Agency Director Freddie Pough is here as well as some employees of DJJ. @WLTX pic.twitter.com/yUSkuRlmya

Varner blames agency director Freddie Pough for ignoring violations. During her testimony she began addressing him directly and handed him letters her daughter has written that detail her living conditions.

Many of the employees said their problems are being understaffed, underpaid, overworked, a lack of safety and a disconnect from management.

"When Director Pough took over in, I think, 2017 the department has steadily gone down hill. I've heard some senators refer to it as a dumpster fire. It is not a dumpster fire, it is a trash fire," Mr. Laws said during the hearing.

Near the end of the hearing, Director Pough responded to the testimony, defending his work.

RELATED: After employee walkout at SCDJJ, employees are back

"I'm trying to balance what the federal government wants us to do, what's right and what needs to be done to keep everyone safe, and that’s difficult," Pough said to the panel of lawmakers.

He also said despite what people say, he’s involved with the facility on Broad River Road and its staff.

"I am not out of touch," he said affirmatively. "I’m boots on the ground too, but understand I have to do what I need to do throughout the day as well."

Pough outlined some improvements he’s made like raising sign on bonuses and giving existing staff bonuses for their work. He said hiring more staff is what ultimately will help shorten shift hours and enhance safety.

Senators gave Director Pough a unanimous vote of no confidence at the end of the meeting. Even with the vote, lawmakers don’t have the power to remove him, but they hope Governor McMaster will take it into consideration.