Many are saying the youngest voters could play a crucial role in deciding the election. At Providence Day School seniors there are not only voting — they’re working. 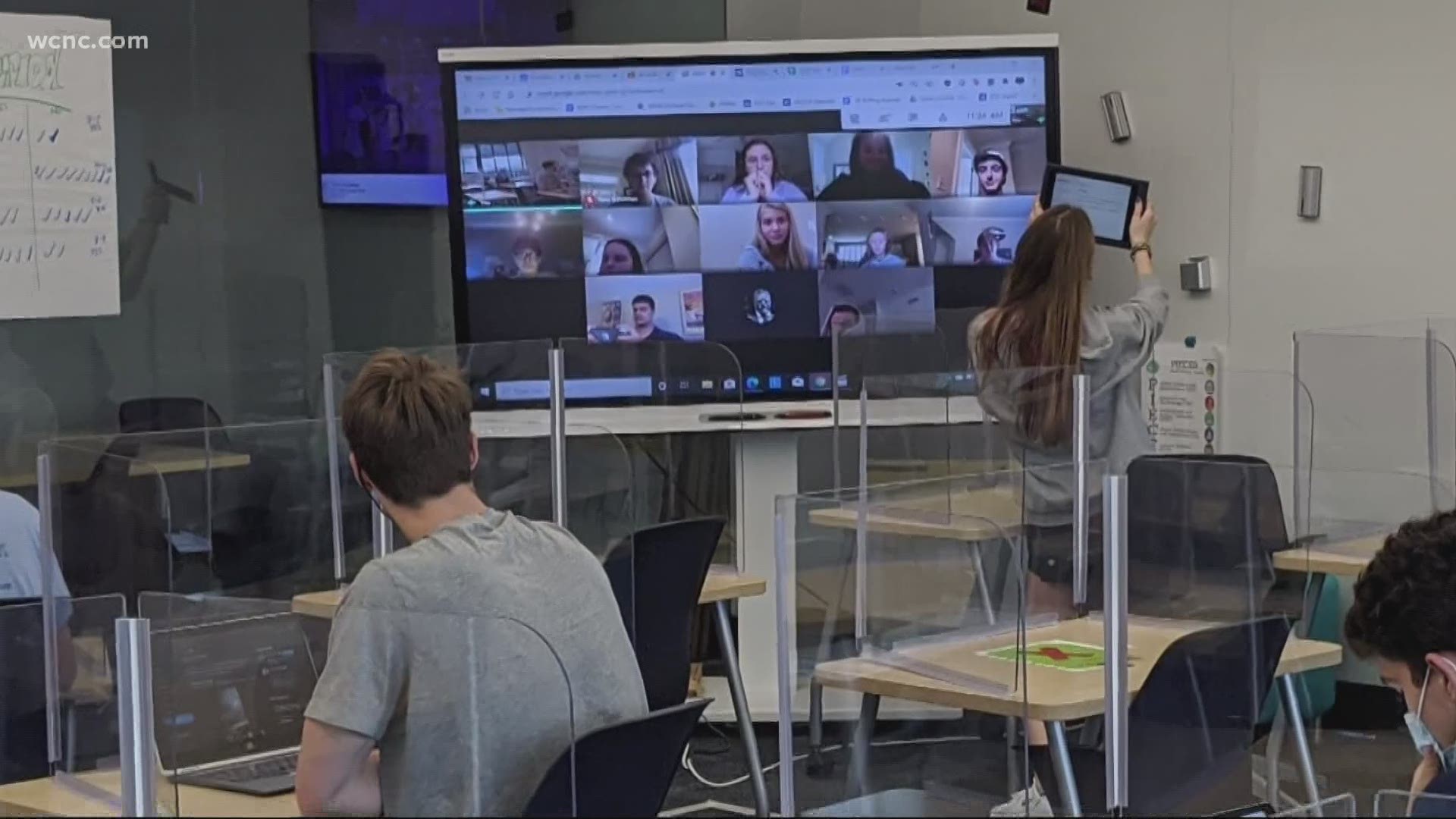 CHARLOTTE, N.C. — Talk about the ultimate government lesson – some Charlotte-area high schoolers are actually working at the polls and then separately conducting online exit polls as part of a class assignment.

Not only are they voting, but several Providence Day high school students are also working at the polls.

"Because of COVID, it's really important for our generation who is safer from the virus to take up the mantle a little bit and help where we can," Arnold said.

Katie Beason is currently a senior and said they all realize the impact people their age can have on this election.

"After the 2016 election, young people realized just how important it is to pay attention to the democratic process," Beason said. "It's almost like for the past four years a lot of high schoolers have been training for this."

Their AP government teacher Jennifer Bratyanski said watching and studying the 2020 election is the ultimate kind of lesson.

"That’s the best feeling an educator can have what their learning in the classroom can have real-world implications," he said.

Each year she and her students do exit polls – they actually go to the polls and talk to people, then study the data they’ve collected. COVID-19 means they’re doing the polling digitally this year – and actually reaching even more people.

Shayna Van Glish said this election is exciting but stress-inducing.

"I think it's also stressful we don’t know what’s going to happen we’re a week away and anything can happen," Van Glish said.

If you want to take part in their poll, here's the link. It’s totally informal and just for their use in class but they say the more people they can get involved with it, the more they’ll learn.