President Trump said he plans to challenge what he’s calling “illegal votes,” despite there being no known evidence of any nefarious voting activity. 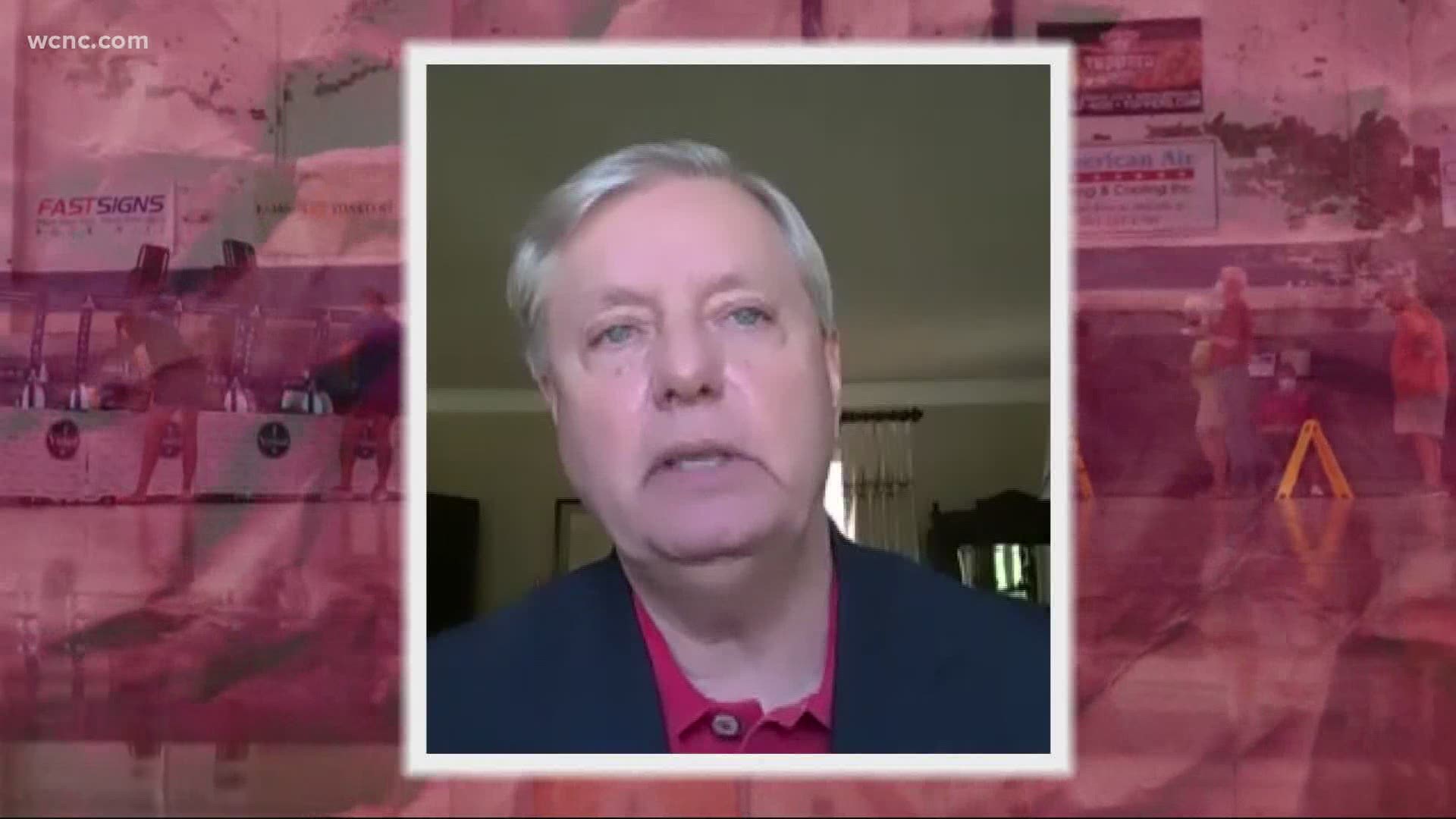 COLUMBIA, S.C. — After being declared the winner of South Carolina's Senate race, Lindsey Graham spoke in detail for the first time Friday about President Trump's still-unverified claims of voter fraud.

President Trump said he plans to challenge what he’s calling “illegal votes,” despite there being no known evidence of any nefarious voting activity.

Senator Graham was one of the first to publicly state he’s backing the president and announced he's donating $500,000 from his campaign fund to the President’s legal team.

“Let's hear the trump team out," he said. "They deserve to be heard. Their allegations deserve to be looked at. Every American should want voter voting irregularity claims that are credible to be investigated.”

Although the Senator himself admits any fraud claims do need to be concrete, credible ones, which we’ve yet to see.

“He's got to eventually make the case specifically that something bad happened and let the American people determine how credible that is," Graham said. “Did people vote who were dead? If you can show that people voted that we're no longer legal residents of the state...Those are the type of claims that I think would resonate with the public and answers should be given. General statements are not enough. We've got to be specific.”

Senator Graham also said he will accept the results of the democratic process, even if it means a Biden win.

“I will accept the results of whatever courts do if they're called upon to make decisions," Graham said.

“I would be willing to work with the Biden administration if he wins, and I'm not conceding that he will, in ways to make the country stronger.”

Graham said he'll keep to his campaign promise of being a reliable conservative, but added he also wants to work across the aisle to address the big issues facing the nation and South Carolina.

“If Joe Biden is present in the United States, I feel it is incumbent upon me to try to help him where I can and find common ground," he said. "That's good for the country.”

The Senator said his top priorities when it comes to bipartisan compromise are immigration, infrastructure, social media regulation, and the national debt.

“We need to get out of debt, and there's just no way for the Republican Party to get the country out of debt by itself," he said. "So it's going to require bipartisanship.”

Graham also recognized the effort put forth by challenger Jamie Harrison’s campaign in the Palmetto state and had a message for Harrison’s supporters.

“To those who didn't vote for me, I will try my best to find common ground with Democrats that will strengthen the fabric of the nation and the state," he said.

“I think I worked hard to earn the right to be the Senator, this right was given to me by a very strong majority in South Carolina. But I do realize that we're all in it together.”