Bishop will now go up against Democrat Dan McCready in the general election in September. 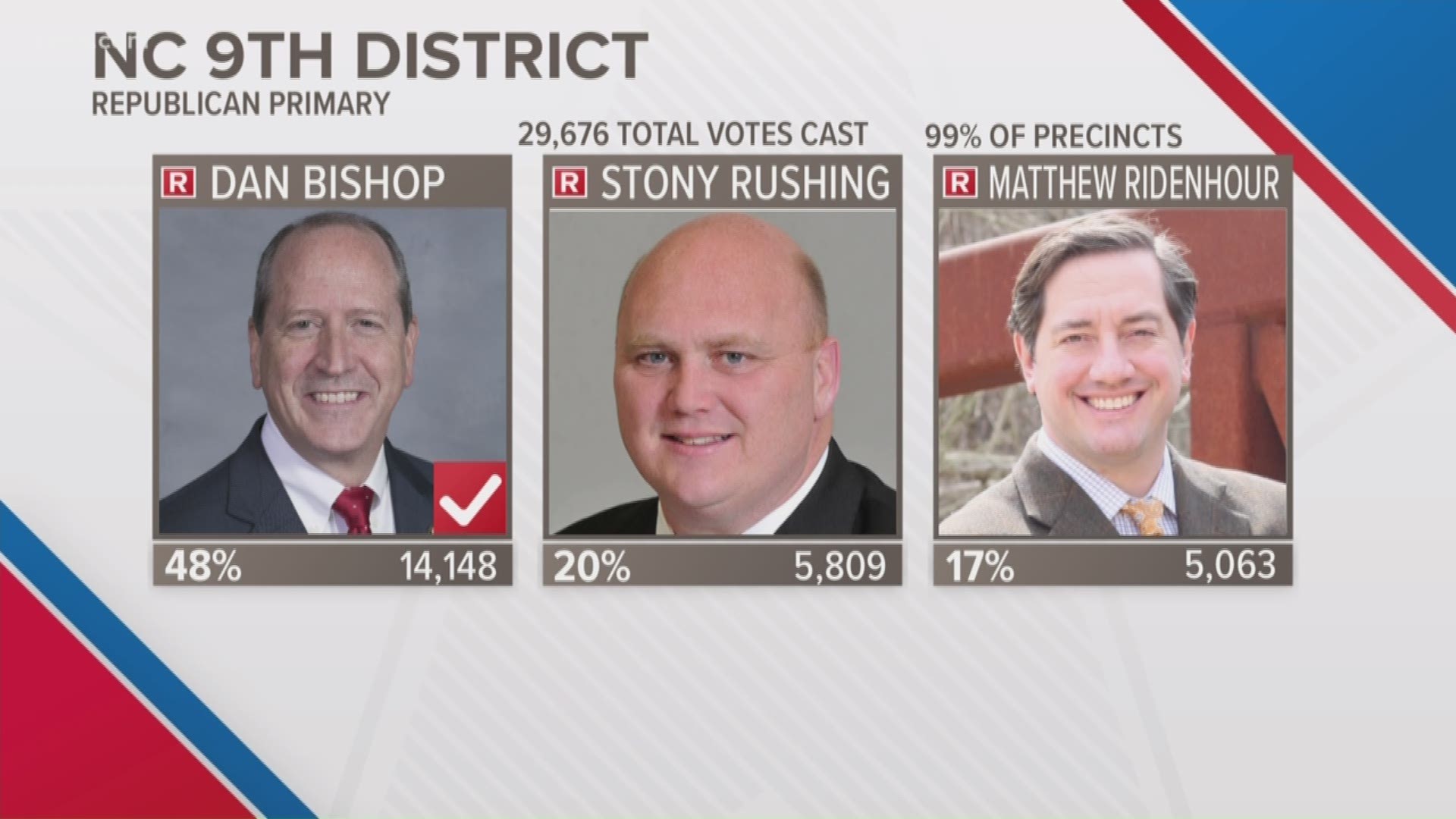 At one point, Bishop was leading in every part of the district and finished with more than enough votes to avoid a runoff.

Bishop will now go up against Democrat Dan McCready in the general election in September.

Bishop thanked his family and supporters at a party in South Park.

“People are astonished and amazed and dismayed at what they see coming out of Washington," Bishop told his supporters.

Bishop led from the time the first absentee ballots were posted. 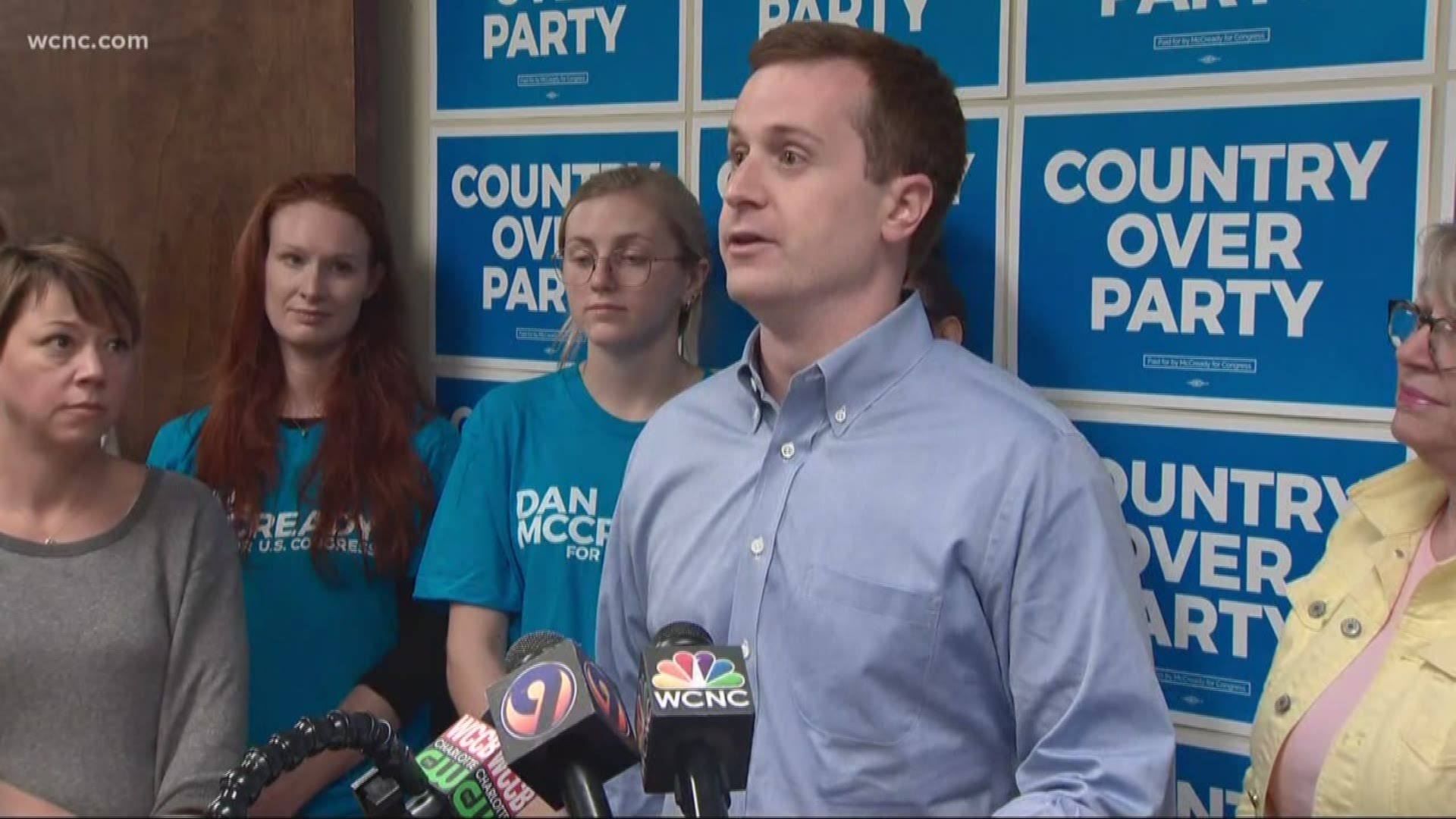 Bishop says he has a lot of work ahead but is ready to take on the person he calls “wrong Dan McCready.”

“Wrong Dan McCready went through two elections without telling where he stands on anything ... that ends tomorrow,” Bishop said as the crowd cheered.