The group is described as a fraternity of pro western, chauvinist men and tied to several violent incidents in recent protests. 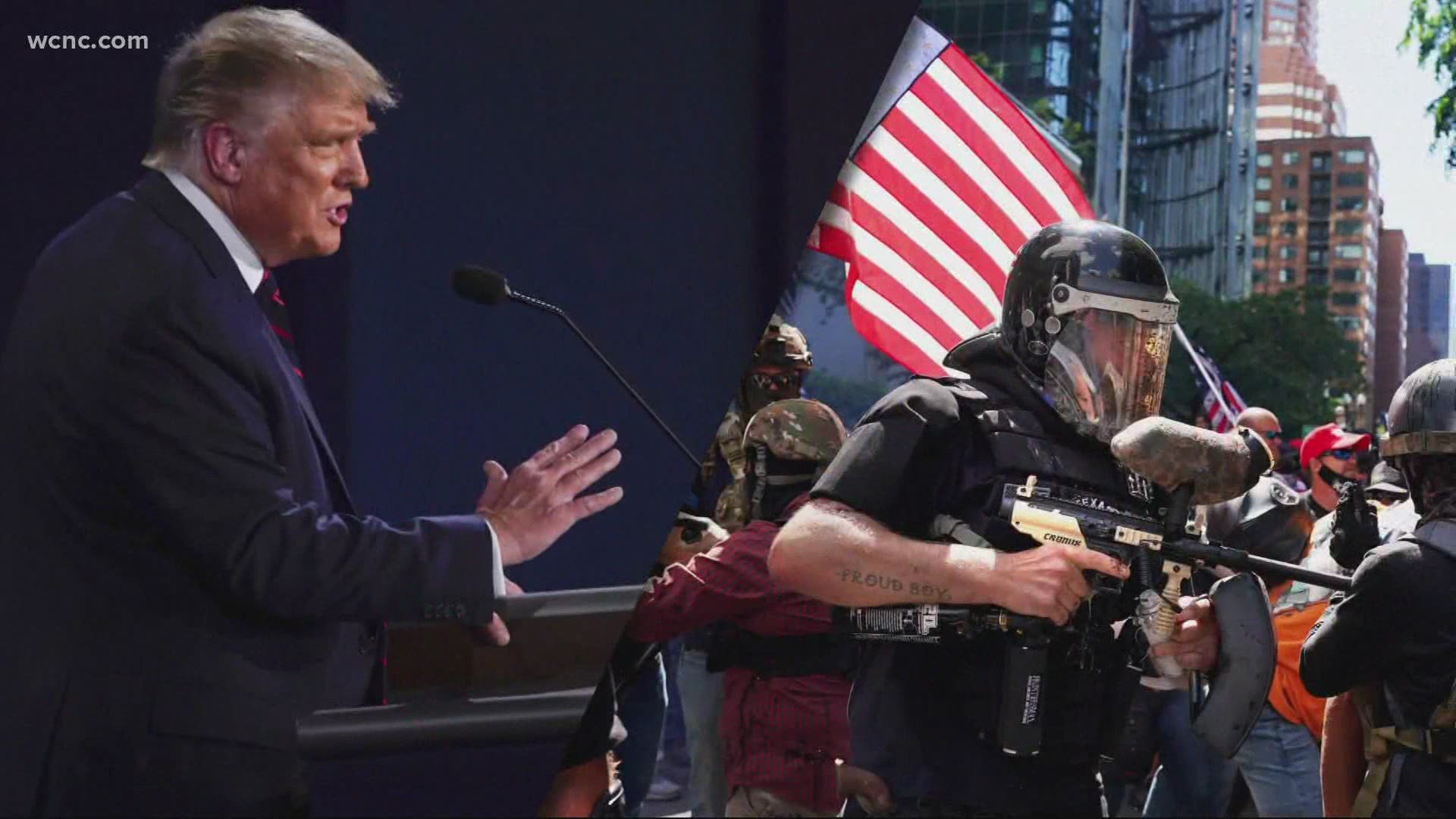 CHARLOTTE, N.C. — In the wake of Tuesday's presidential debate, there has been significant confusion and chatter about the "Proud Boys," a self described pro western chauvinist fraternity for men.

The group is classified as a hate group by the southern poverty law center and has been tied to several violent incidents in recent protests.

"They are anti women, they're very misogynistic." Jeremy Shaver with the anti-defamation league explained.

"They are ant immigrant and xenophobic. They are anti-muslim and islamaphobic, the also hold some viewpoints that are very dangerous to the LGBTQ community, particularly the transgender community."

It’s not publicly known exactly where in North Carolina the group meets – only that they have a "statewide presence."

Now democratic presidential candidate Joe Biden and others on both sides of the aisle calling for the president to further denounce the group.

"My message to the proud boys and every other white supremacist group is cease and desist," Biden said on the campaign trail following the debate.

On Wednesday, Trump again addressed the issue saying “I don’t know who the proud boys are, they have to stand down, let law enforcement do their work."

RELATED: Trump to far-right extremists: 'Stand back and stand by'

The anti-defamation league also warns many of these groups focus on recruiting young people – targeting even middle and high schoolers, primarily online. Parents are encouraged to keep a close eye on their kids’ internet habits, especially in these turbulent times.