During the rally, Trump lashed out at Congresswoman Alexandria Ocasio-Cortez, and three other women members of Congress. 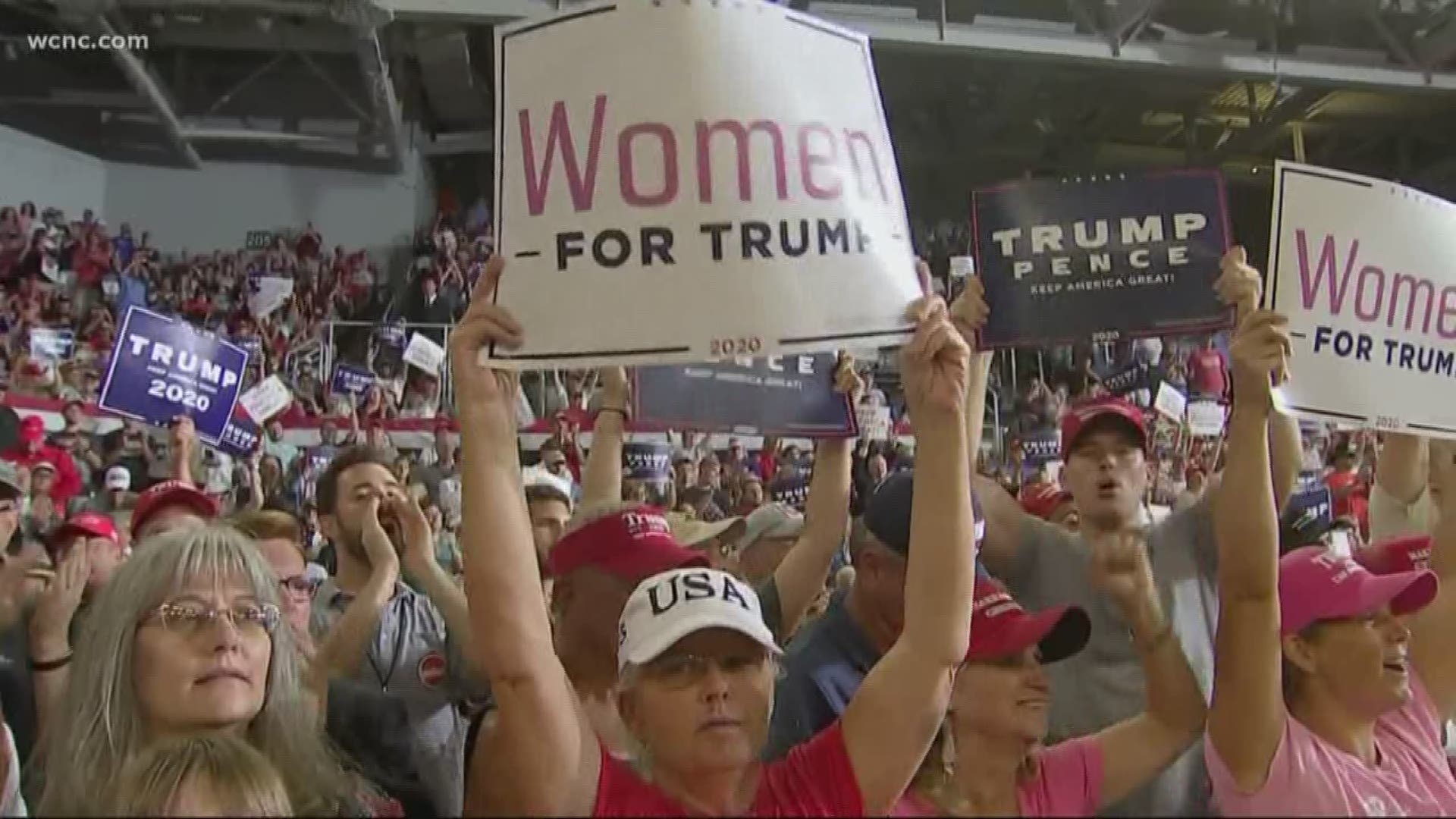 During the rally, Trump continued to lash out at Congresswoman Alexandria Ocasio-Cortez, and three other women members of Congress, after tweeting all four should go back to the countries they came from.

The candidates for the still-open Ninth Congressional District have polar opposite reactions to Trump’s comments that have been labeled by many as racist.

Democrat Dan McCready who served as an officer in the Marines in Iraq said it was disgusting that race is being used to promote hate.

In a statement, McCready said of those he served with, “We came from all over the country, but we never cared about where you came from, who your parents were the color of your skin or your political party.”

General Stanley McCrystal who led US forces in Afghanistan and Iraq stood by McCready at a campaign stop before Trump spoke in Greenville.

In a statement, Bishop said, “When the President calls them out and defends America, I’m with him 100 percent”

“2018’s dynamic of a Democratic wave is just not there. So if Dan Bishop can get out those Trump votes, they are very much going to be supporting his candidacy,” Bitzer said.

McCready has out-raised Bishop by a large amount according to the latest filings.