Trump's rally on the campus of East Carolina University was his first official event since launching his re-election campaign. 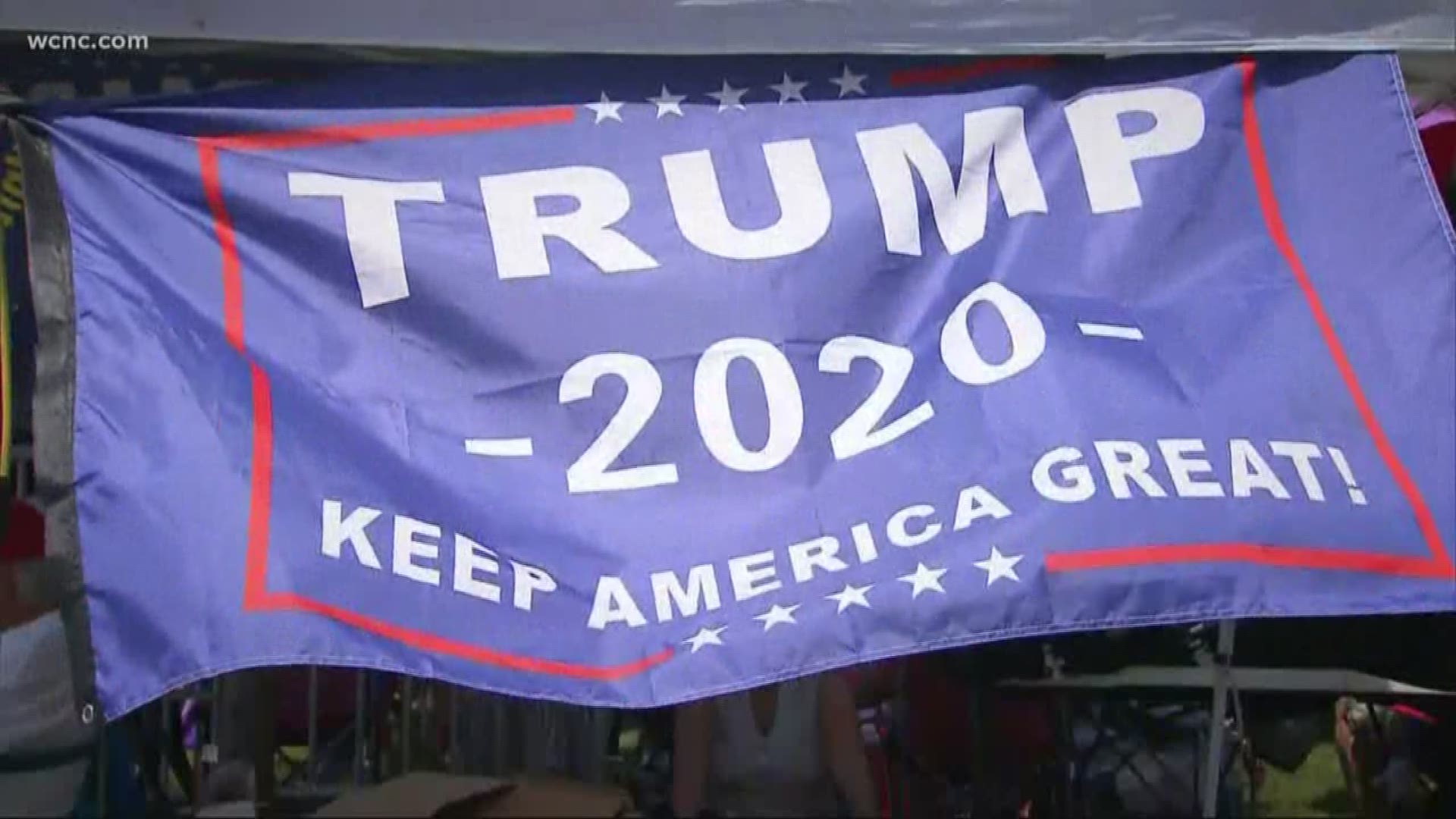 CHARLOTTE, N.C. — President Donald Trump and Vice President Mike Pence were in North Carolina Wednesday for their first official campaign rally since Trump announced his plan to run for re-election in 2020.

Trump's rally was his first public event since he ignited a firestorm of controversial tweets about multiple minority congresswomen, suggesting they should go back to "the broken and crime infested" countries they came from, despite the fact that all of the women are American citizens and were born in the United States.

RELATED: Leave the US, Trump tells liberal congresswomen of color

On Tuesday, the U.S. Senate voted to denounce Trump's tweets as Democrats and Republicans said his comments are racist. Trump denies that his comments are offensive and tweeted, "I don't have a Racist bone in my body!" Tuesday.

Get the latest news delivered to your inbox: Sign up for the Wake Up Charlotte newsletter

Trump's rally Wednesday comes one day after former South Carolina representative Mark Sanford told a Charleston newspaper he is considering launching a campaign against Trump in 2020. Sanford said a final decision about his 2020 plans is expected in the next month.