A spokesperson for the RNC says they're committed to keeping the event in Charlotte despite a report that White House officials are considering other options. 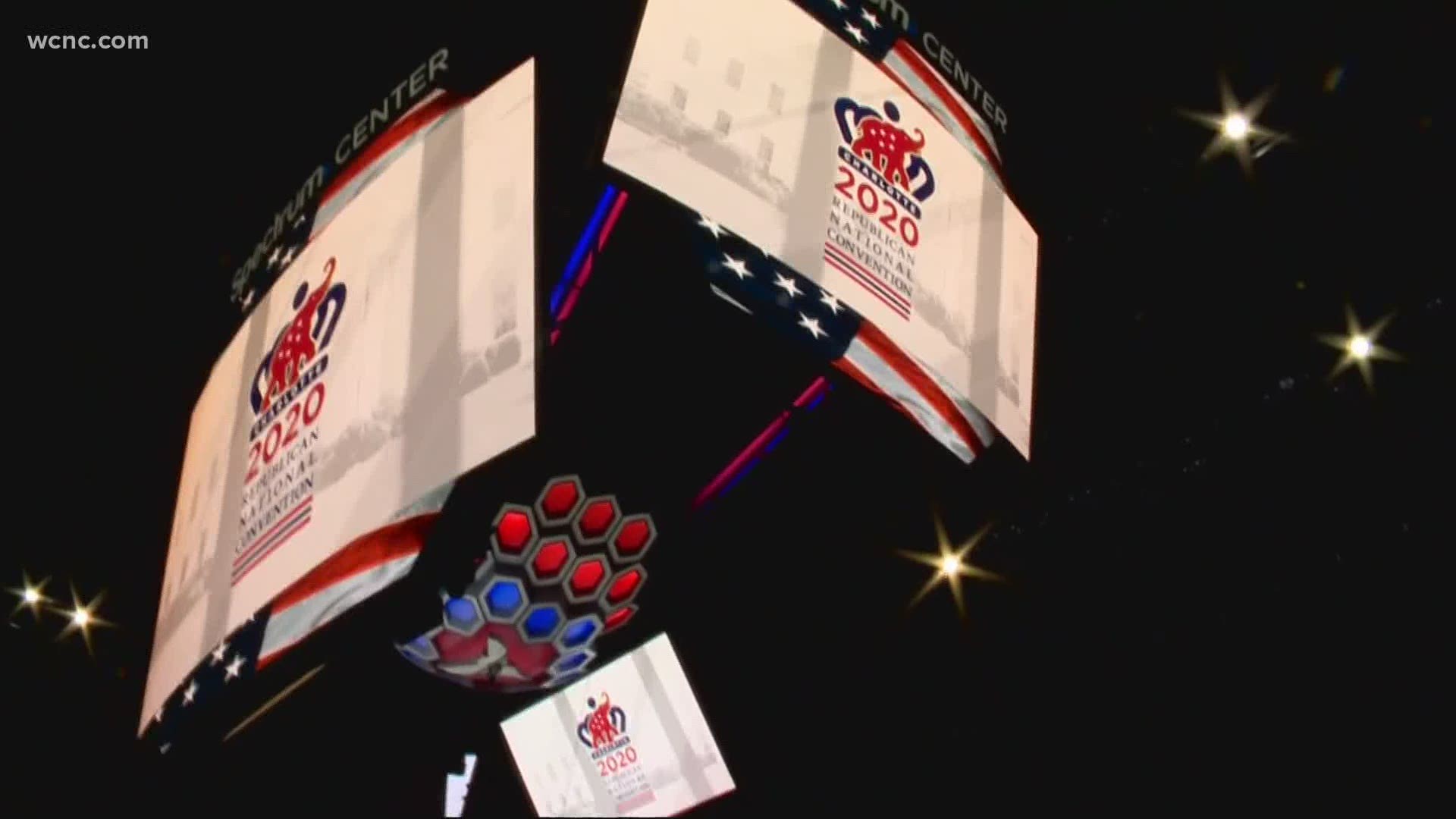 CHARLOTTE, N.C. — A spokesperson for the Republican National Convention says they remain “committed” to hosting the August event in Charlotte, amidst reports that the White House is quietly discussing contingency plans.

According to a New York Times article published Thursday, officials within the White House are having “quiet talks” about scaling back the 50,000 people who are expected to gather for the RNC this August. One of the options being discussed, according to the New York Times, would be to limit the attendance to delegates only.

Large gatherings remain restricted in Charlotte and throughout the state of North Carolina due to continued concerns of spread of coronavirus.

North Carolina is entering Phase II of the reopen schedule. Under the current phase, gatherings indoors are limited to 10 people; gatherings outside can be groups of up to 25. The phase is projected to last five weeks.

A spokeswoman for the RNC issued this statement to WCNC Charlotte Thursday in response to the reports:

“We remain committed to hosting the 2020 Republican National Convention in Charlotte while prioritizing the health and safety of convention attendees and the community. We will continue to follow local, state and federal guidelines as well as recommendations from health officials so that we can responsibly and safely carry on the American tradition of nominating the Republican Party's presidential candidate, President Donald J. Trump.”

Health and Human Services Secretary Alex Azar was in Charlotte Thursday, and met one-on-one with WCNC Charlotte reporter Mike Hanson. Azar told Hanson that he cannot comment on specific political events but he did address the concerns surrounding potential large gatherings this summer and fall.

“We’re committed to getting as many gatherings as we can up and running as safely as possible,” Azar said.  “There’s a bit of time for that, it’s a couple months away, and we’re going to see how the epidemiology goes, and what the circumstances are in the country.”

On Sunday Charlotte Mayor Vi Lyles appeared on MSNBC to discuss the RNC. Lyles has been a loyal supporter of the convention coming to Charlotte, but her message has now shifted to that considers the current health climate as well.

“We have a contract with the RNC to host this convention but we also have a commitment to our community that we will keep them safe as well,” Lyles said. “That will be our focus no matter what time of year it is.”

RELATED: Some businesses prepare to reopen, others disappointed to be left out