"I learned this past Sunday that I had been in contact with someone who tested positive for COVID-19." Jacksonville Mayor Lenny Curry 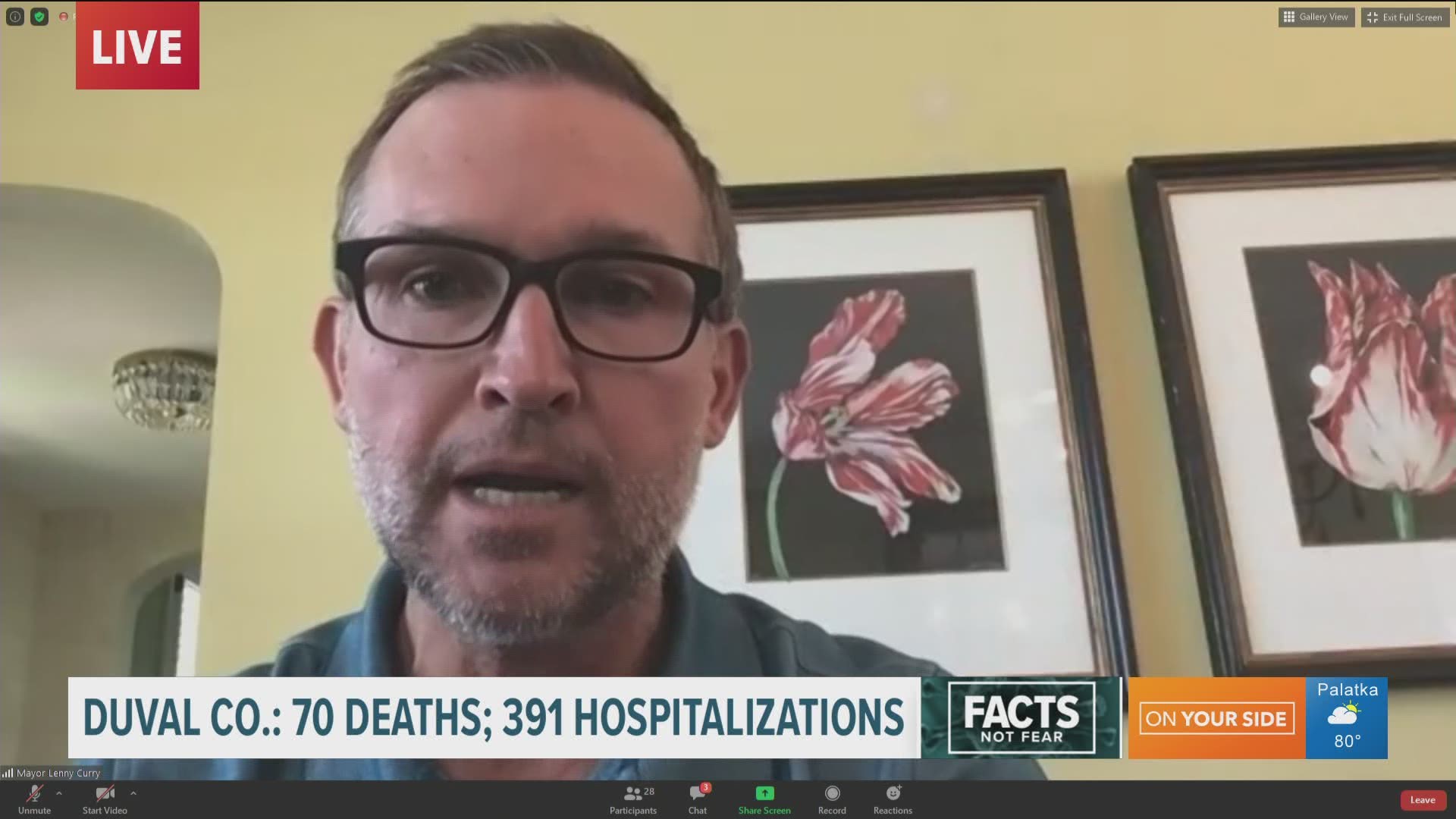 JACKSONVILLE, Fla. — Jacksonville Mayor Lenny Curry, the force behind bringing the RNC to Jacksonville, announced Tuesday that he and his family are in self-quarantine. "I learned this past Sunday that I had been in contact with someone who tested positive for COVID-19," Curry said before giving a coronavirus update to the city.

"I also learned I was in contact with that person days before I learned they were positive and they had been symptomatic," Curry said adding that he has been tested for COVID-19 and the results were negative" ... My family and I are self-quarantining at home even though I'm negative," he said. "We're doing this in accordance with CDC guidance and as a precaution for our friends, family and neighbors."

Curry put Jacksonville in the national spotlight weeks ago appealing to President Donald Trump who was looking for a city to host Republican National Convention events and tens of thousands of people. Trump was displeased with North Carolina's governor's stringent event rules due to the pandemic.

Curry opened up the doors to Jacksonville and the RNC stepped in planning for the massive gathering at Jacksonville's VyStar Veterans Memorial Arena in late August.

Trump and the GOP pulled the convention from North Carolina because the Governor would not guarantee that a full crowd would be allowed inside the city's 19,000-seat Spectrum Center for events due to the COVID-19 pandemic, including nomination acceptance speeches by Trump and Vice President Mike Pence. Instead those events, along with many of the publicly viewed parts of the convention, will be held in Jacksonville's 15,000-seat Vystar Veterans Memorial Arena.

Jacksonville beat out other cities under consideration including Nashville, Las Vegas, Phoenix, and Orlando. Curry, a Republican, lobbied publicly for the event to be held on the First Coast and Gov. Ron Desantis said the state would welcome the event with open arms.

About 200 Florida-based doctors, including many from the First Coast, signed an open letter to Curry a couple of weeks ago, calling for the Republican National Convention in Jacksonville to be postponed.

The letter notes that more than 40,000 people are expected to attend the RNC from all over the country.

"Allowing this number of people to descend on Jacksonville is unequivocally provocative of disease, predictably harmful, and medically disrespectful to the citizens of this city, much less the rest of the country," the letter said.

In the letter, doctors also warn there will be an increase in COVID-19-related hospitalizations, long-term health problems and deaths as a result of the convention.