Should CMPD keep RNC security purchases secret until after the convention?

As CMPD counts on a $50 million federal security grant for the RNC, city leaders are trying to find a balance between transparency of purchases and public safety. 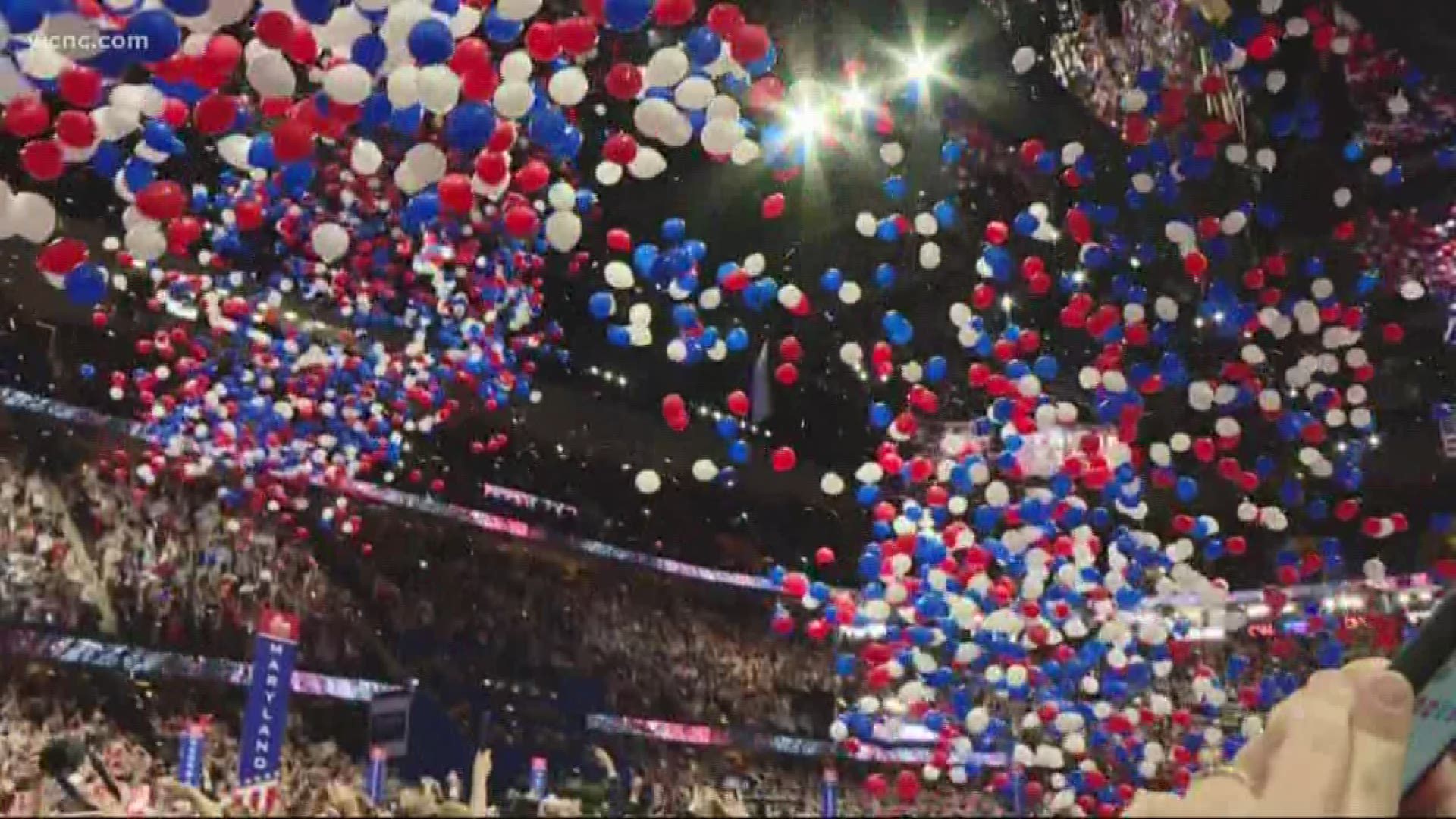 CHARLOTTE, N.C. — Exactly six months before the Republican National Convention kicks off in Charlotte, the Charlotte-Mecklenburg Police Department is counting on a $50 million federal grant to keep the city safe, but there are renewed fears CMPD will use the money to stockpile military-style equipment.

"With $50 million and no oversight, it's letting the police be kids in a candy store, but the candy store, instead of selling Jolly Ranchers, is selling automatic weapons, surveillance equipment, and militarized equipment," Action NC Political Director Robert Dawkins said.

He said he sees it as police departments being able to stockpile equipment without going through City Council. Dawkins thinks the Charlotte City Council should publicly approve every piece of military, surveillance and crowd control equipment CMPD wants to buy with federal money.

He and others first raised concerns in 2018 after Charlotte landed the 2020 RNC, warning the city's current purchasing policy leaves the door open for possible civil rights infringements.

"I want to know what facial recognition the police department in the city has to use against me," Dawkins said. "Our answer has been a deafening, 'No.' It's something the police chief does not want to do."

"Prematurely disclosing plans for the use of federal grant funds would expose specific operational means and methods and adversely impact the integrity of the safety plan," spokesperson Rob Tufano said.

"Prematurely disclosing the plans for the use of grant funds would adversely impact the integrity of the safety plan," the chief said in the August 2018 memo. "After the conclusion of the RNC, we will release a comprehensive accounting of all grant expenditures."

"I trust our Police Chief Putney to keep us safe throughout the convention and to implement the plan with integrity," she said. "I also understand the concerns around transparency that have been raised."

The Safe Communities Committee member is now pledging to address those concerns directly with the police chief and city manager.

"There's got to be a solution where it addresses the transparency, but it also keeps the integrity of our plan and I don't know what that looks like and I'm looking forward to talking with experts," she said.

Councilmember Malcolm Graham said he too is open to listening to the debate and "hearing the other side," but conceded councilmembers are generally not the experts when it comes to police purchases. Instead, he said the police chief is the expert.

According to a U.S. Department of Justice Office of the Inspector General audit of Cleveland's nearly $50 million 2016 RNC security grant, the city spent $5.1 million on equipment, including vehicles, computers and surveillance equipment for police, fire and emergency operations departments.

City auditors, meanwhile, are nearing completion of an audit meant to ensure the city is ready to comply with the federal security grant's financial requirements.

The draft report noted a lack of responsiveness by city staff related to outlining "the procedures that have been or are being developed to comply with DOJ financial requirements." A city spokesperson blamed the delay on "dotting I's and crossing T's."

The final report is expected to be issued this week or next at the latest.