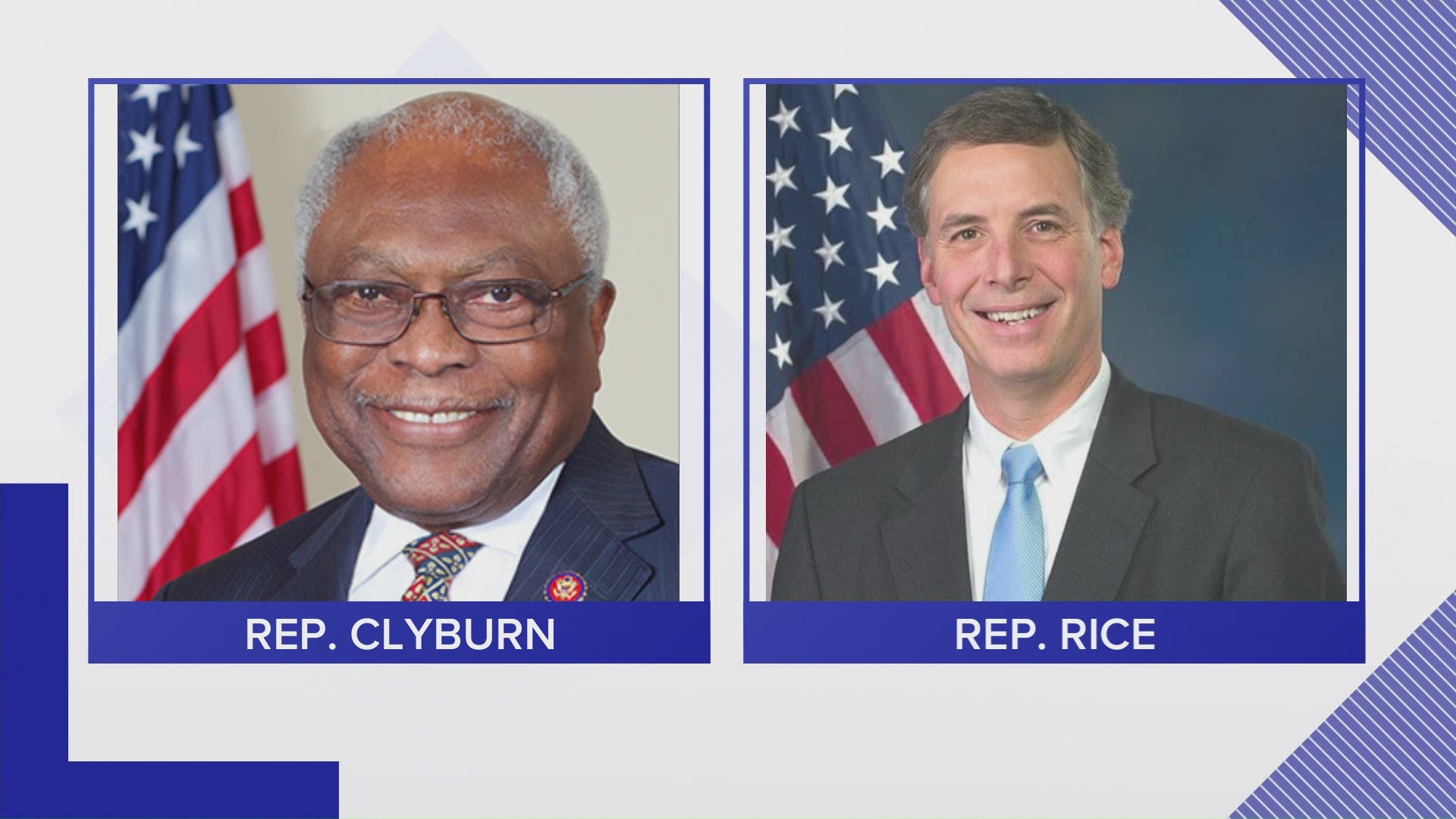 The House voted 232-197 in favor of impeaching Trump on a charge of inciting an insurrection.  He became the first president to be impeached twice. The vote came days after he fomented a violent insurrection at the U.S. Capitol by telling his supporters to “fight like hell” against election results that he falsely told them were rigged.

Rice issued a statement explaining his vote, calling out Trump's refusal to offer condolences to victims and a statement that his comments were "perfectly appropriate."

Here is the full statement:

"Under the strict definition of the law, I don’t know if the President’s speech last Wednesday morning amounted to incitement of a riot, but any reasonable person could see the potential for violence."

"For hours while the riot continued, the President communicated only on Twitter and offered only weak requests for restraint."

"I was on the floor of the House of Representatives when the rioters were beating on the door with tear gas, zip tie restraints, and pipe bombs in their possession. It is only by the grace of God and the blood of the Capitol Police that the death toll was not much, much higher."

"It has been a week since so many were injured, the United States Capitol was ransacked, and six people were killed, including two police officers. Yet, the President has not addressed the nation to ask for calm. He has not visited the injured and grieving. He has not offered condolences. Yesterday in a press briefing at the border, he said his comments were 'perfectly appropriate.'"

"I have backed this President through thick and thin for four years. I campaigned for him and voted for him twice. But, this utter failure is inexcusable."

Rice's vote was surprising since he had not hinted that he'd be voting in favor before the vote. Just two days earlier, he told TV station WBTW in South Carolina that he did not support impeachment, saying it would stoke "further division."

All of the other five Republicans from the state voted no. Rep. James Clyburn, South Carolina's lone Democrat and the third-ranking member of the party leadership, voted yes as well.

Last week, Rice had also voted to object to the certification of Joe Biden's win in several states. Rice also was among the group of GOP lawmakers last month who supported the Texas lawsuit challenging the election.

Rice represents South Carolina's 7th Congressional District, which is on the state's north coast and includes Myrtle Beach. He's the only person to represent the district, which was created in 2012 after reapportionment.

Nine other Republicans other than Rice joined Democrats in voting to impeach the president. House Speaker Nancy Pelosi called Trump a “clear and present danger” to the country.

Trump, who has been suspended from social media platforms, was expected to respond to the vote in a taped video to be released later Wednesday.

The White House was lightly staffed Wednesday as moving boxes crowded offices and hallways as aides prepare for their departure ahead of Inauguration Day, when President-elect Joe Biden takes office.