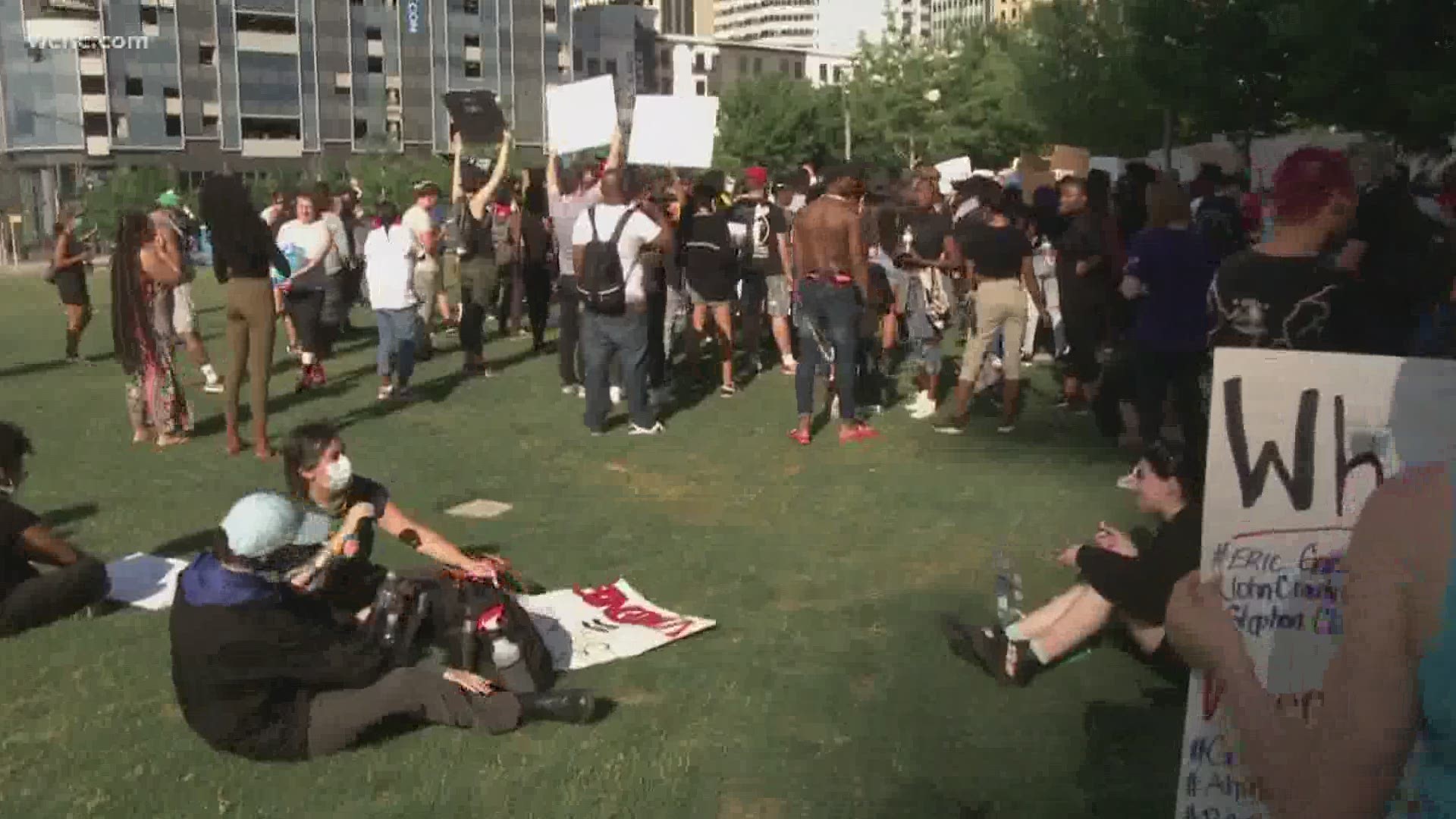 Friday night, shortly after 9 p.m., the Charlotte Mecklenburg Police Department deemed a gathering of protesters "unlawful" and had ordered the demonstrators to disperse. Additional officers were brought in after the crowds did not disperse, leading to several people getting arrested.

In light of that, many attendees and organizers hoped Saturday's events would bring peaceful protesting.

At 11 a.m. Saturday, protesters gathered for a Black Lives Matter March at Fountain Park. Hundreds of people showed up for the march, which remained peaceful. Many in attendance told WCNC Charlotte they felt George Floyd's death was a breaking point.

"If we're going to be known for something, let us be known for taking a stand," one protester said at the event.

Pastor C.T. Kirk, who organized the event, said while he hoped the march in Rock Hill would remain peaceful, he believed the chaos around the country was the product of people who are tired of minorities being mistreated.

"A lot of them are frustrated, they're angry, and we're not really getting any answers," he said.

After the march, Rock Hill council member Nikita Jackson said she's going to be bringing a creation of a citizen's review board before the council that would look into complaints of mistreatment in the city. 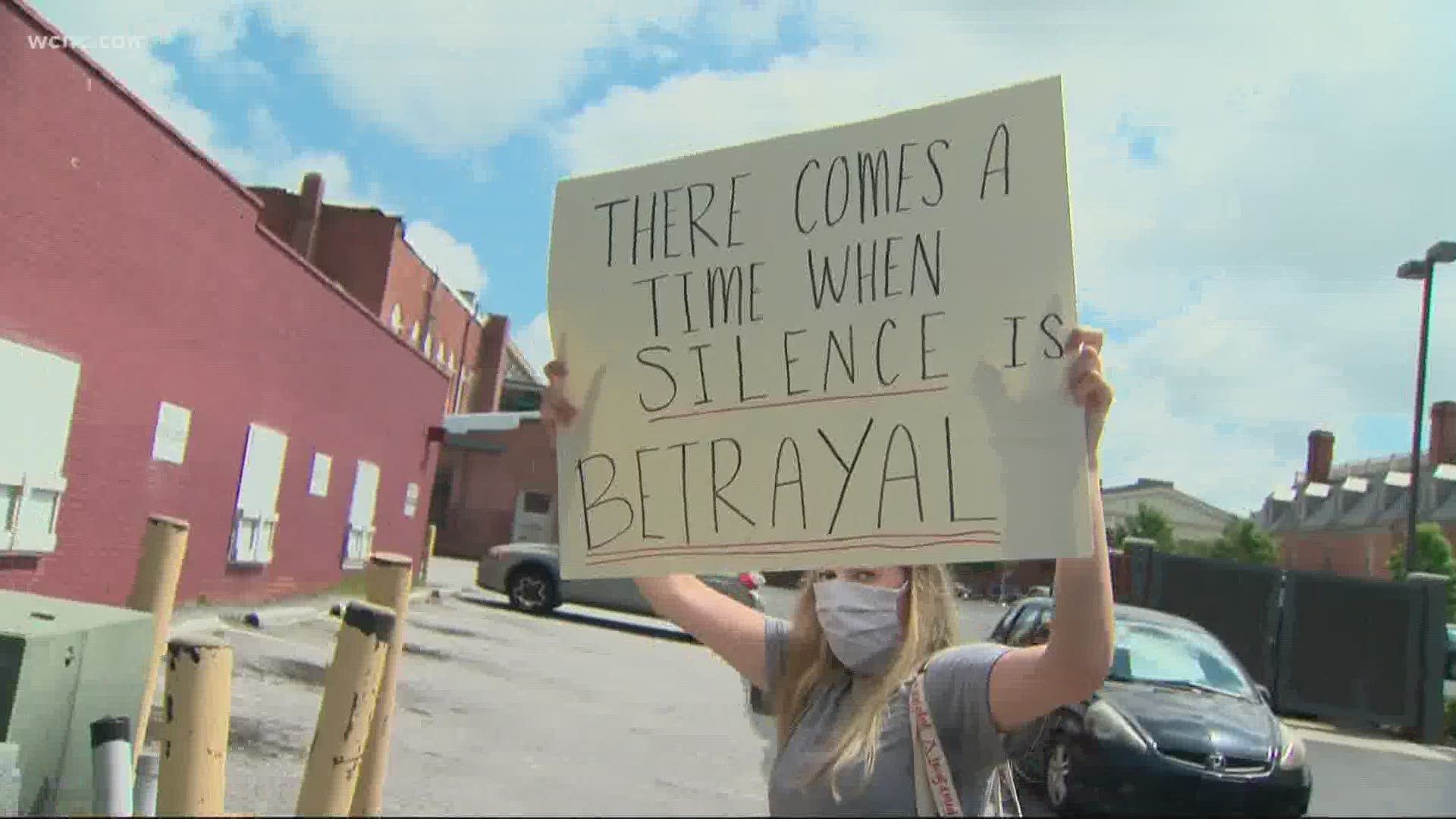 Alpha Arnett is a black man who also attended the rally and said he feels encouraged by the support.

“Whenever we can dialogue and have these relationships of mutual respect I just feel like that’s a good place to start,” Arnett said. 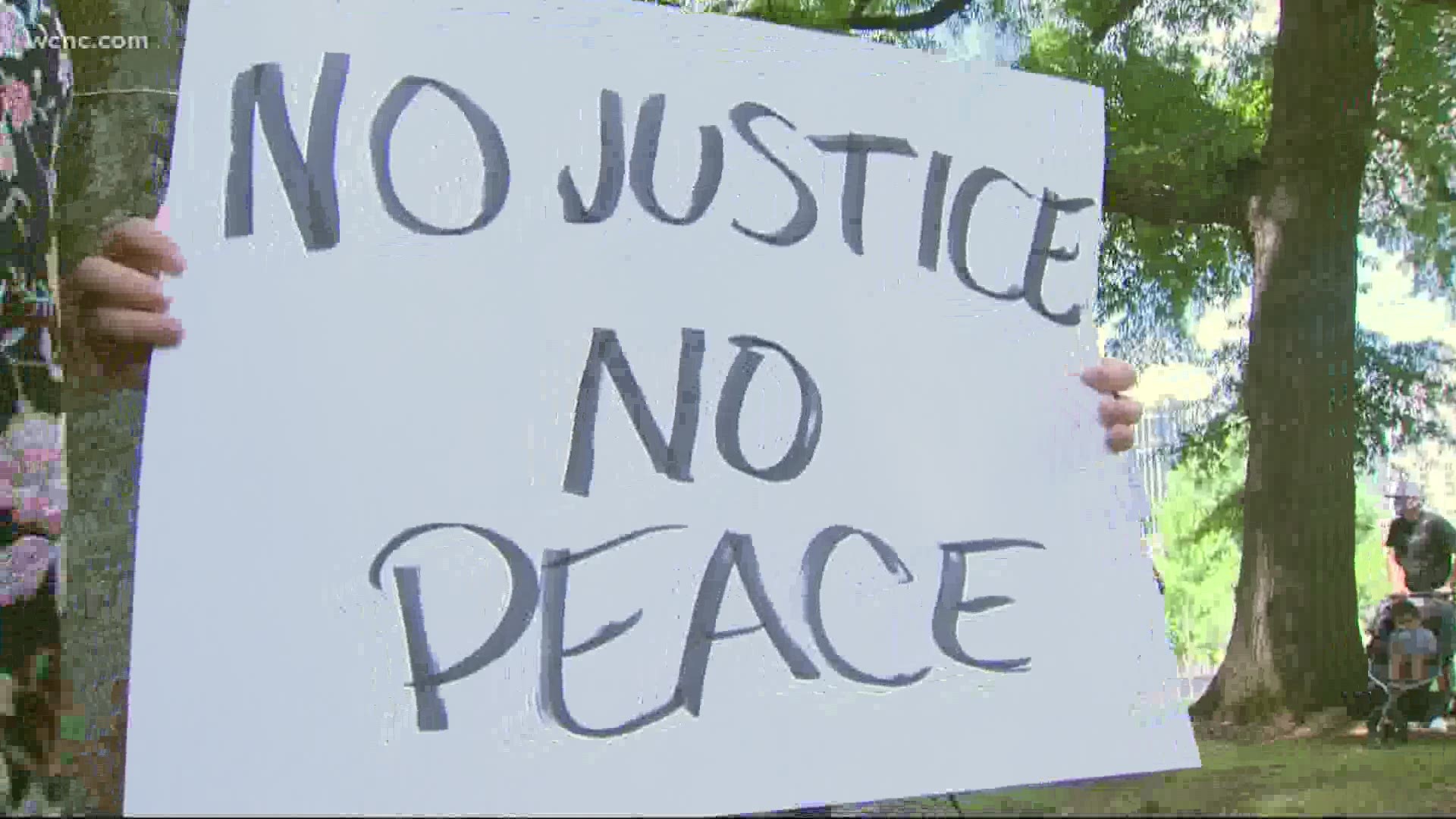 Protesters started at the CMPD headquarters around 1 p.m. Saturday, then worked their way through uptown, at one point gathering in Romare Bearden Park.

There were CMPD officers in attendance, on their bicycles behind the group monitoring the situation. CMPD officers spoke with some of the protesters to hear what they were going through.

Protesters at the event told WCNC they are angry at the situation, but felt connected with the community that gathered to protest.

"I'm angry in my heart to see that happen, but it made me feel so good to come here today and see my white sisters and brothers standing with us," one protester said.

RELATED: Charlotte Mayor Vi Lyles recalls the time her son was arrested "because he had dreadlocks"

RELATED: More National Guard members to be called up after 4th night of Minneapolis unrest