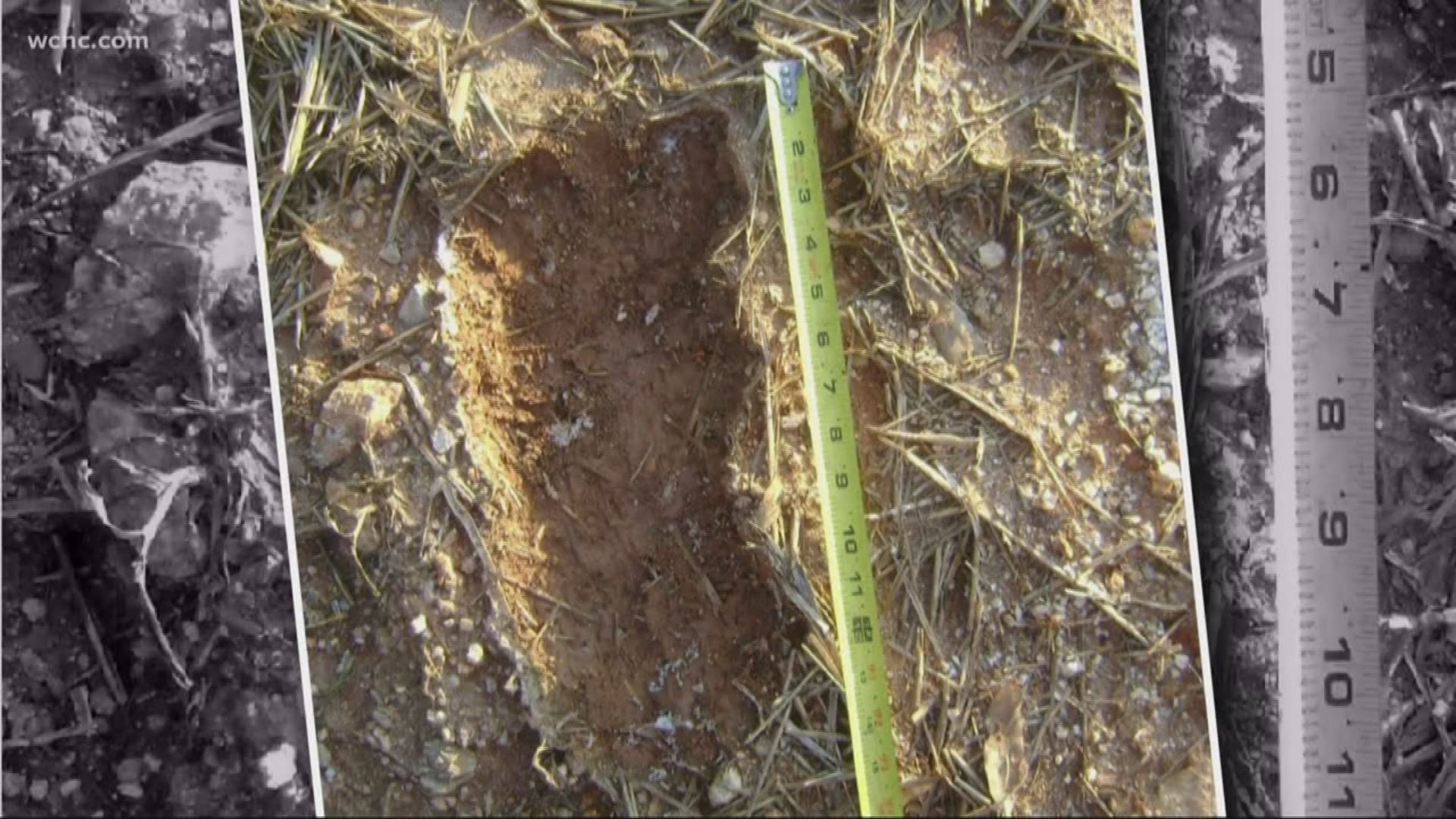 SHELBY, N.C. — A Shelby woman says she's seeing something very strange in the woods behind her home.

"Sometimes I think this can't be real," Vicky Cook said. "It went in front of my camera."

Vicky Cook's video is grainy, but her conscious is clear.

"I screamed I didn't know what it was, but that thing was tall!" Cook shouted.

"I think I've counted about eight different sized prints," said Cook. "This is a juvenile, but look at how long it is. That's a big ... big print."

For centuries now, trackers have been trying to trap the elusive creature. John Bruner documents sightings across the country and runs the Bigfoot 911 Facebook group.

"It was huge," Bruner said. "It was on two legs. It was bipedal. The hair on the head on the body was real stringy and matted-looking."