State officials said some of the demand is fueled by drivers who received a five-month extension back in the spring, but now have licenses that are expiring. 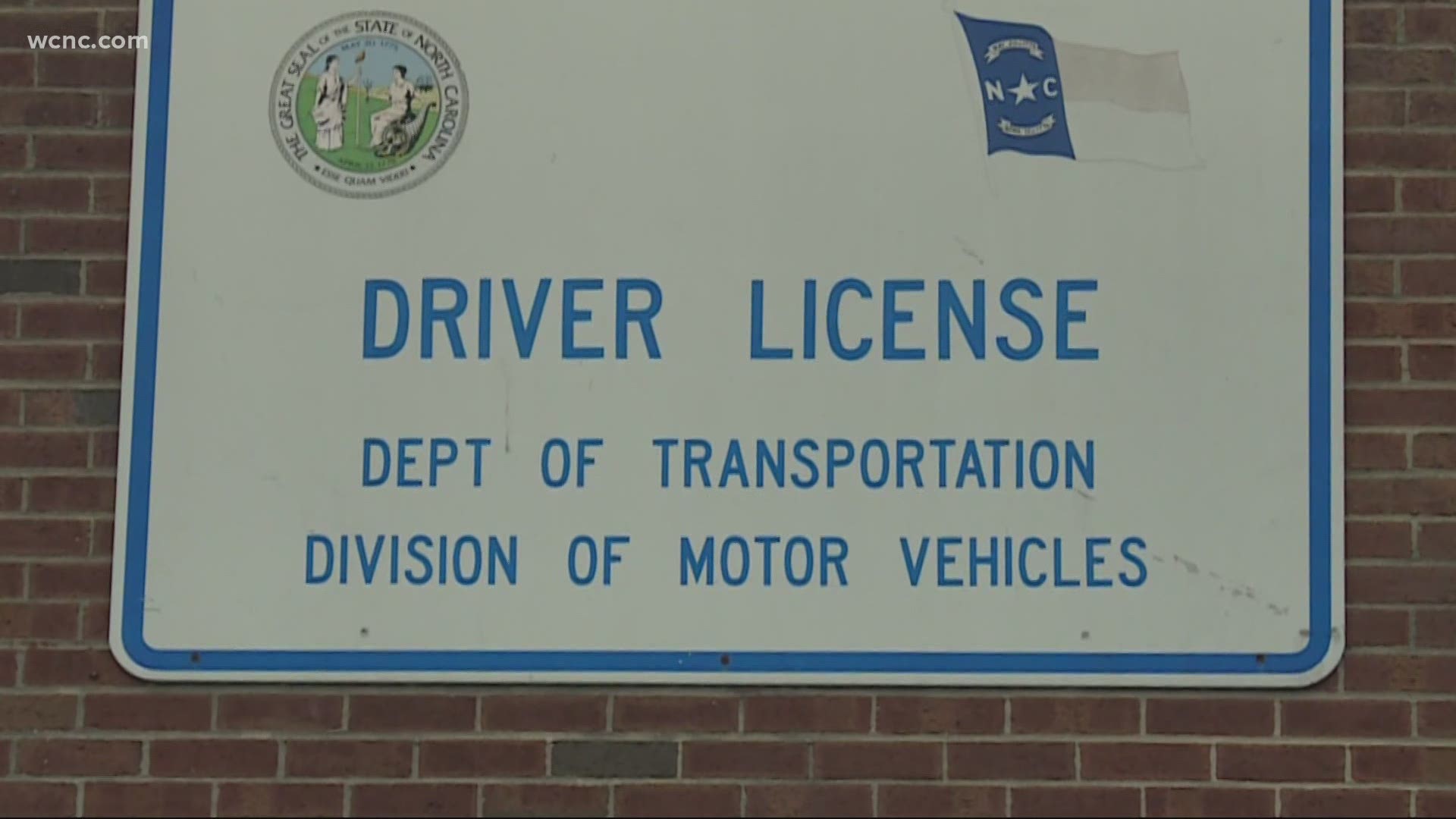 CHARLOTTE, N.C. — There is a major backlog that's taking some North Carolina drivers by surprise. WCNC Charlotte has learned many DMV locations are booked with appointments all the way through December.

Daisy Simpson says she couldn’t make an appointment when she needed her license renewed and then she panicked.

“I did have a driver's license that was expiring,” said Simpson. “I realized it the week before it was about to expire.”

In North Carolina, people need to book an appointment online first for DMV services that require an in-person visit.

“Every DMV past 40 miles did not have an appointment,” Simpson said.

In fact, as of last week, the North Carolina Department of Transportation said many DMV locations are fully booked on appointments through December.

State officials said some of the demand is fueled by drivers who received a five-month extension back in the spring, but now have licenses that are expiring.

Simpson says after exhausting other options, she showed up at a DMV office and was lucky they had an opening for her. But she encourages others to check when their licenses expire. @wcnc

“I was definitely panicked,” Simpson said.

Simpson anxiously tried to get help on Twitter by double-checking with NCDOT that she’s not allowed to drive if she can’t make an appointment in time. NCDOT replied on Twitter by saying, ‘Legally, no’, and they said they’re aware of the backlog.

“I can't imagine not being able to drive for a month,” Simpson said.

NCDOT said most people can do renewals online, but some services require in-person visits, including licenses for first-time drivers, those looking for a Real ID, and green card holders like Simpson.

“I had to go in and provide the green card to them,” Simpson said.

As a last resort, Simpson said she showed up to a DMV office hoping someone would help.

“Crossed my fingers and toes that they would have an open spot that day,” said Simpson.

Simpson says the DMV did have an opening, and she was able to get her license renewed. However, she’s urging others to check when their licenses expire.

“So they're not in my same situation,” said Simpson.

NCDOT said they’re even busier now because of the holidays, and they’re reminding drivers not to wait until the last minute to renew their licenses.