The climate is important because just like the fan cooling a home desktop, tech companies have to cool all their data servers in the most efficient way possible. 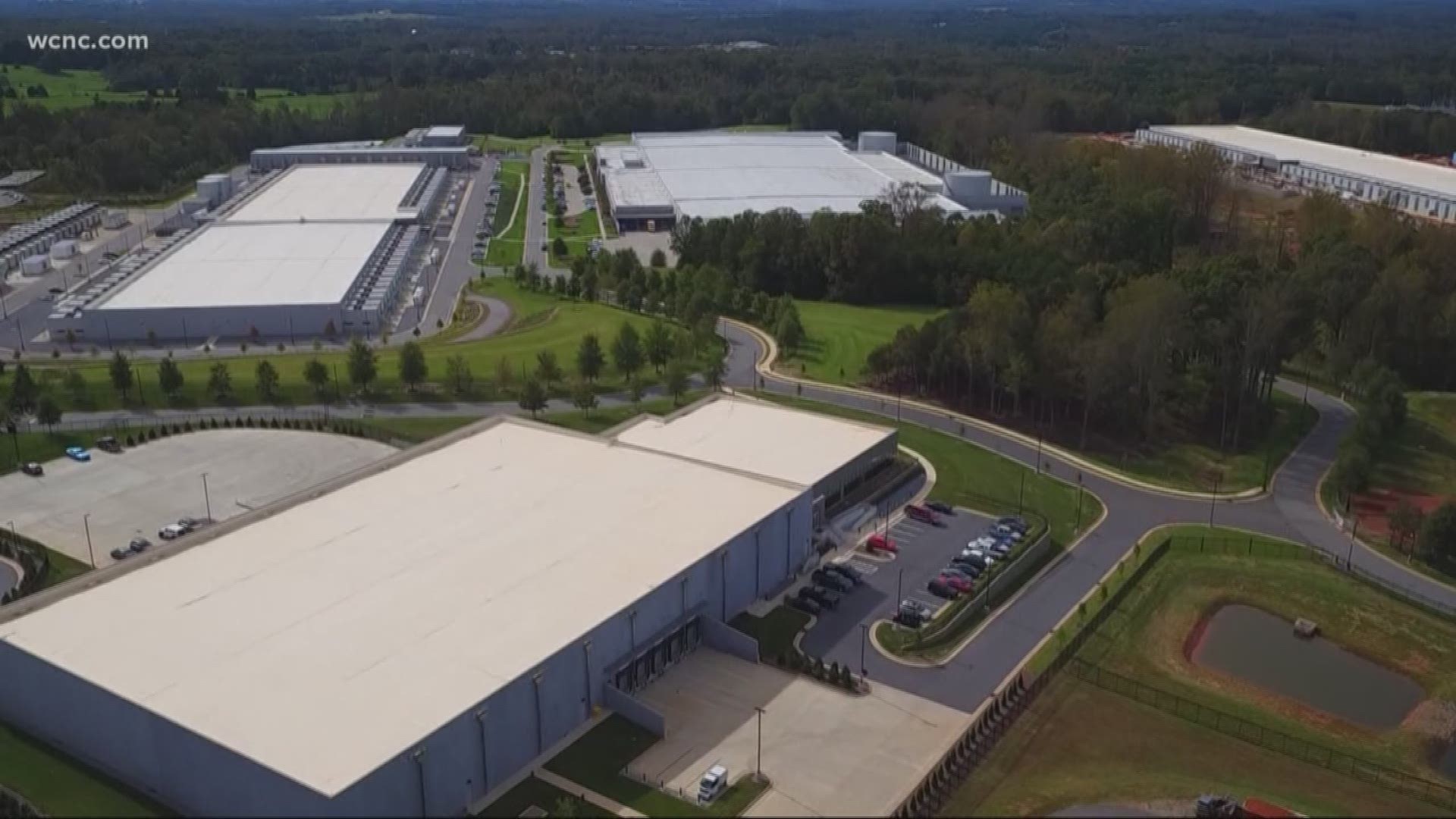 Apple, Google, and Facebook are just a few companies investing billions of dollars to build massive data centers in that area.

Apple's facility, which is just off U.S. 321 in Maiden, North Carolina, first gained attention back in June 2011 at the Apple Worldwide Developers Conference. During what would be his final keynote, Apple co-founder Steve Jobs name-dropped the small town.

"This is our third data center we just completed," Jobs said, as he showed pictures of the facility. "It's in Maiden, North Carolina. This is what it looks like. It's rather large."

More than seven years later, an initial promise by Apple to spend $1 billion morphed into a more than $3 billion investment.

Google was the first company to realize the foothills' tech potential when it opened a data center in Lenoir. NBC Charlotte's Chief Meteorologist Brad Panovich said those "server farms" are in what's known as the isothermal belt.

"It's actually an area between the mountains and foothills where the weather's pretty stable," Panovich explained. "There's not a lot of extremes."

The climate is important because just like the fan cooling a home desktop, tech companies have to cool all their data servers in the most efficient way possible.

"We've got a lot of water access. We've got a lot of lakes, a lot of rivers," Panovich said. "These data centers, they use that water and the somewhat drier air in the foothills to cool the computers. So it's a very efficient way to cool without using a ton of energy for air conditioning."

"Big power, big electricity, and reliable electricity at a low cost were going to stick around with this data center opportunity," Millar said.

He said those opportunities led Apple to the county's doorstep, and Millar said the company's already bought several hundred more acres to expand its footprint.

Millar said as technology continues to advance, more data centers will come to the area.

"Am I using my phone less today than I did last year?" Millar asked. "The answer is no."