The Defenders: Could medical marijuana be legalized in NC?

There are plans in the works to introduce a medical marijuana bill later this year. According to a recent poll, more North Carolinians than you may think are in favor. 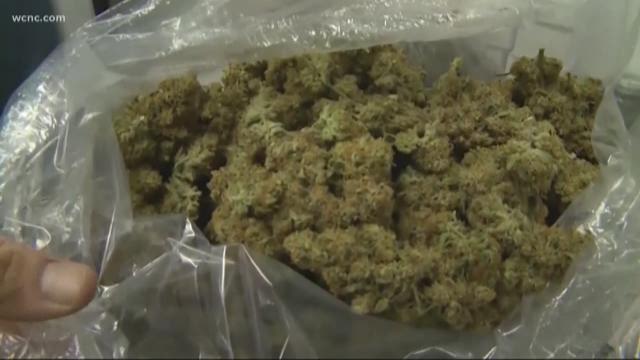 Medical marijuana is a budding industry that comes with a lot of controversy. 30 states and the District of Columbia currently have laws legalizing pot in some form.

The majority of states allow for a limited use of medical marijuana, while eight states and D.C. have legalized it for recreational use. But could North Carolina be added to the map?

There are plans in the works to introduce a medical marijuana bill later this year. According to a recent poll, more North Carolinians than you may think are in favor.

"Over the last four years, maybe five, the population has become much more accepting us changing our laws to permit medical marijuana," said Representative Kelly Alexander.

"That is unprecedented acceptance in a very short period of time," Alexander said.

Alexander supports the use of medical marijuana in the Tar Heel State and says voters are changing their views as well. Hemp is being cultivated in North Carolina, and though hemp is not marijuana, growers say the state is ripe for cultivating both if greenlighted by lawmakers.

Rick Rainbolt is the president of Hemp Inc University which was created to provide hemp farming and extraction education for potential growers and the industry.

"North Carolina used to be the hemp capital of the world, the Piedmont area, I don't think you can find more ideal growing land right here in North Carolina," said Rainbolt.

So with the state's land fertile for growers, and a Elon poll that shows voters aremore accepting, how soon, realistically, could the state legalize the use of medical marijuana?

Alexander is in favor and says those who oppose better think twice, because medical marijuana can be used to ease the pain of arthritis, cancer treatments and treat post-traumatic stress disorder (PTSD).

"If they know anybody who has chronic pain, then they need to reconsider what they just said because we know that cannabis can help people with all of those conditions," said Alexander.