The Defenders investigate past abuse within the Diocese of Charlotte

Diocese of Charlotte Communications Director David Hains confirmed, at our request, the names of at least nine priests in this region who faced at least 15 allegations of sexual misconduct over the years, including several priests previously assigned to the Charlotte Diocese. 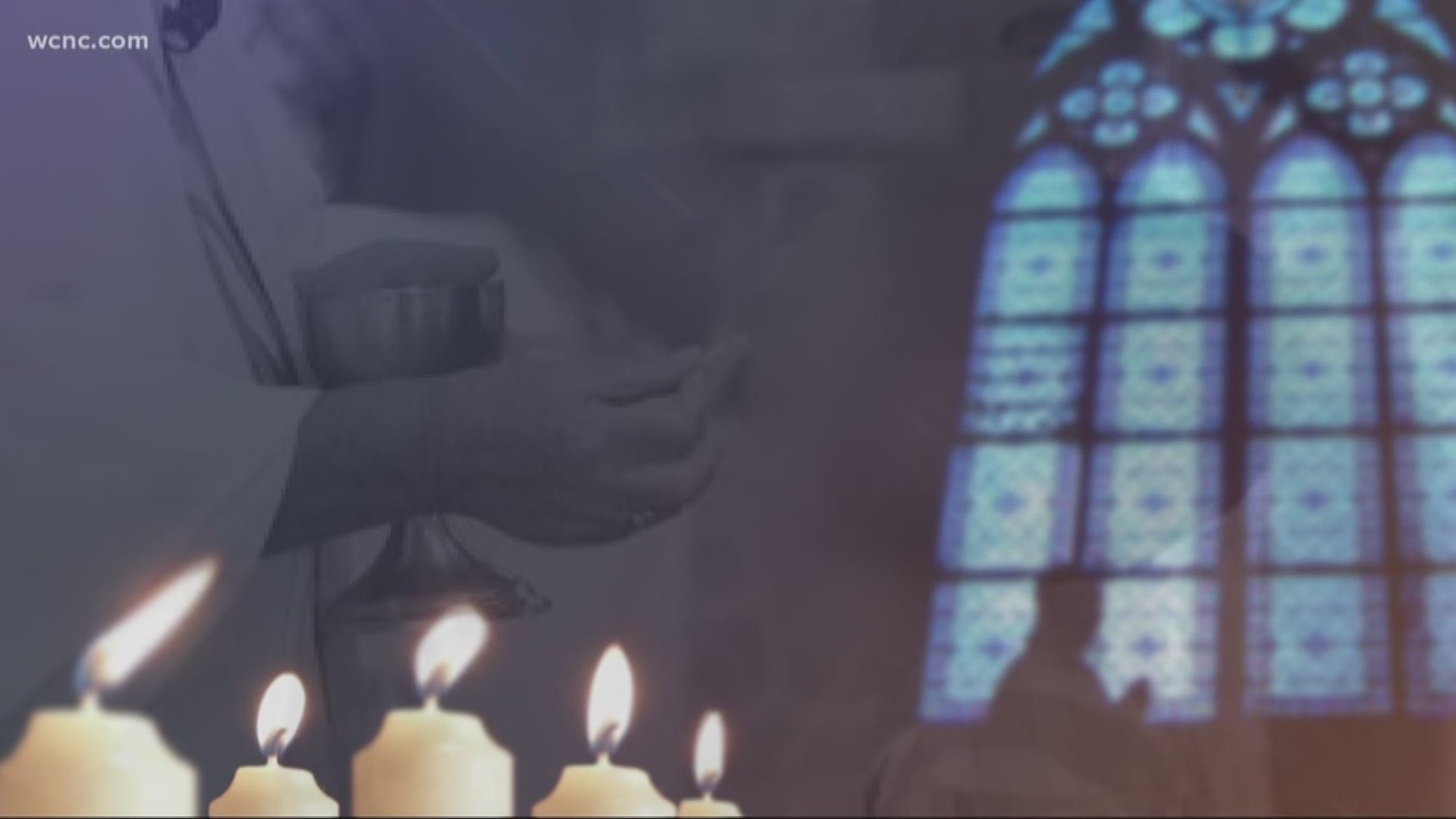 CHARLOTTE, N.C. — Multiple priests, at least 15 allegations and millions of dollars in counseling and cash payouts are linked to past sex abuse within the Roman Catholic Diocese of Charlotte.

The diocese spent more than $2 million on settlements, lawsuits, counseling and medical services over the last 23 years, plus another $1.2 million in "safe environment measures," according to an analysis of the diocese's last 15 annual reports.

Diocese of Charlotte Communications Director David Hains confirmed, at our request, the names of at least nine priests in this region who faced at least 15 allegations of sexual misconduct over the years, including several priests previously assigned to the Charlotte Diocese. Records show another priest in Asheville pleaded guilty to covering up an abuse case involving a music minister.

"We have not had a new case involving clergy since 2004 since we first started reporting," Hains said.

Hains said the continued payments, mostly for counseling and medical services, is proof the church continues "to really care about these people who are victims of sex abuse." He added, the idea of the payments is "to help to restore these people who have been hurt by, for the most part, clergy sex abuse."

A February 2004 Catholic News Herald article reported in the 46-county Diocese of Charlotte "13 priests had allegations of sexual misconduct made against them since the establishment of the diocese in 1972. Upon investigation, two priests were exonerated."

"There is no excuse for it. None whatsoever. All we can do is say we're sorry," Hains said.

The findings of our investigation follow a grand jury report in Pennsylvania that identified more than 300 predator priests. One of the priests named in that report abused Pam Wennersten Laico's brother when he was an altar boy, she said. Laico said 30 years of suffering followed the abuse leading up to her brother's sudden death at the age of just 42.

"He told my mother, he did not like Father (John) Wellinger, the way he tickled him," Laico, now an advocate in Charlotte, said. "If they (the church) would have done the right thing, my brother would have never been molested."

"If you could say one thing to the institution that is the Catholic Church, what would it be?" we asked Laico.

"Quit covering this up, say you are sorry, offer and apologize to the victims," she said.

While Hains doesn't dispute Charlotte's had its share of sexual abuse, he said the scale of the problem is not as big as it is in other places.

"Comparatively, we have not had as much trauma as some places have," Hains said. "Some have paid out literally hundreds of millions of dollars in settlements. Our problem is not on that scale."

Attorney Seth Langson's represented several of the victims, securing a $1 million settlement in one of those cases. He can't repeat some of what he knows, considered confidential, but he said what he's read over the years is shocking.

"I saw a lot of files...They'd be stunned," Langson said. "From everything I've known and studied for the last 10 years, I think they've long covered up and welcomed sex abusers."

Hains denies that claim and also denied our request to talk with the bishop.

"I'm sitting here because the bishop has asked me to represent him," he said.

"Wouldn't these words seem more powerful coming from his mouth?" we asked.

Bishop Peter Jurgis addressed the issue of sexual abuse for the first time in 14 years just two days after our interview with his spokesperson. At a gathering of Catholics uptown, he said he was disgusted by the revelations in Pennsylvania and begged God to bring healing to the victims.

Both the Diocese of Charlotte and Langson say any person who's been abused by a priest should contact police. Langson said there's no statute of limitations for sex crimes against children.