The proposed bike lanes would be placed along 6th Street, 5th Street, and McDowell Street to allow cyclists to commute to and from uptown safely. 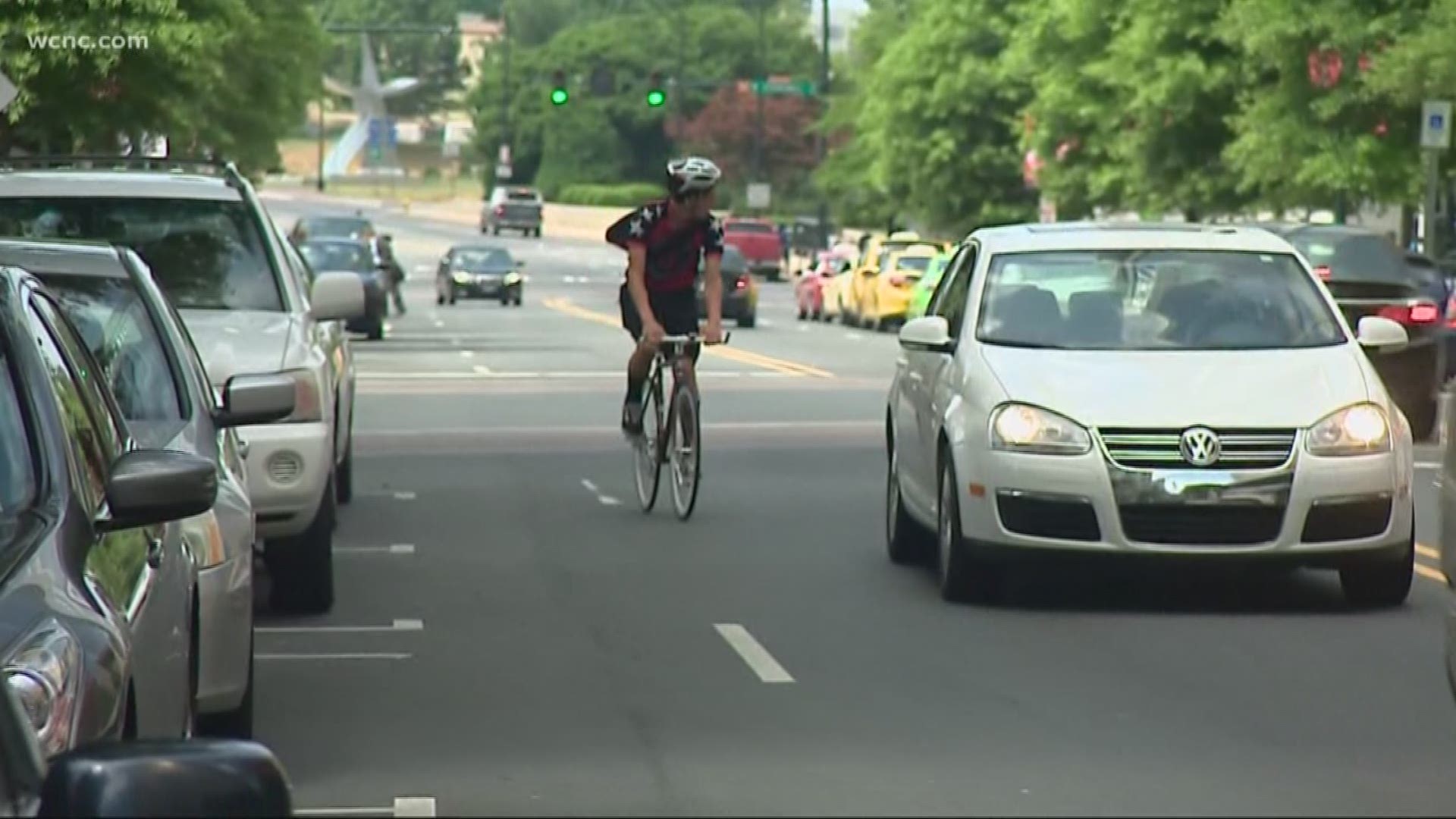 According to Charlotte DOT, there have been 28 crashes involving bicycles in uptown in the last year-and-a-half. The proposed bike lanes would be placed along 6th Street, 5th Street, and McDowell Street to allow cyclists to commute to and from uptown safely.

Sarah Wodis rides her bike to work in uptown every day, but she says her commute isn’t easy, as she routinely has to dodge cars and walkers.

“I just feel really bad every day biking on the sidewalk and having to move around people and bike on the road just with the cars going so fast,” Wodis said.

So it’s easy to see why Wodis and other cyclists believe adding separate bike lanes to connect the Little Sugar Creek Greenway and the Irwin Creek Greenway are long overdue.

“Charlotte’s trying to become a bike-friendly city and we’ve got these great greenways but there’s not a great way to connect the east and west side, so I think this connector will be a great way to do that,” said Spencer Leuders.

“This could really change the landscape of how we do transportation in the city,” said Charlotte City Councilman Justin Harlow.

And bike crashes aren’t just a problem in uptown. NCDOT stats show that North Carolina drivers hit more than 840 bikers every year, making the Tar Heel State one of the least safe for cycling. Even more alarming, the fatality rate is 15-percent of all traffic deaths in the state.

City leaders are hosting five meetings Tuesday in uptown to discuss the new bike lanes. They will be held at the following times and locations: