When a Cleveland County deputy searched a tractor-trailer during a traffic stop, they found the barrels of cash. 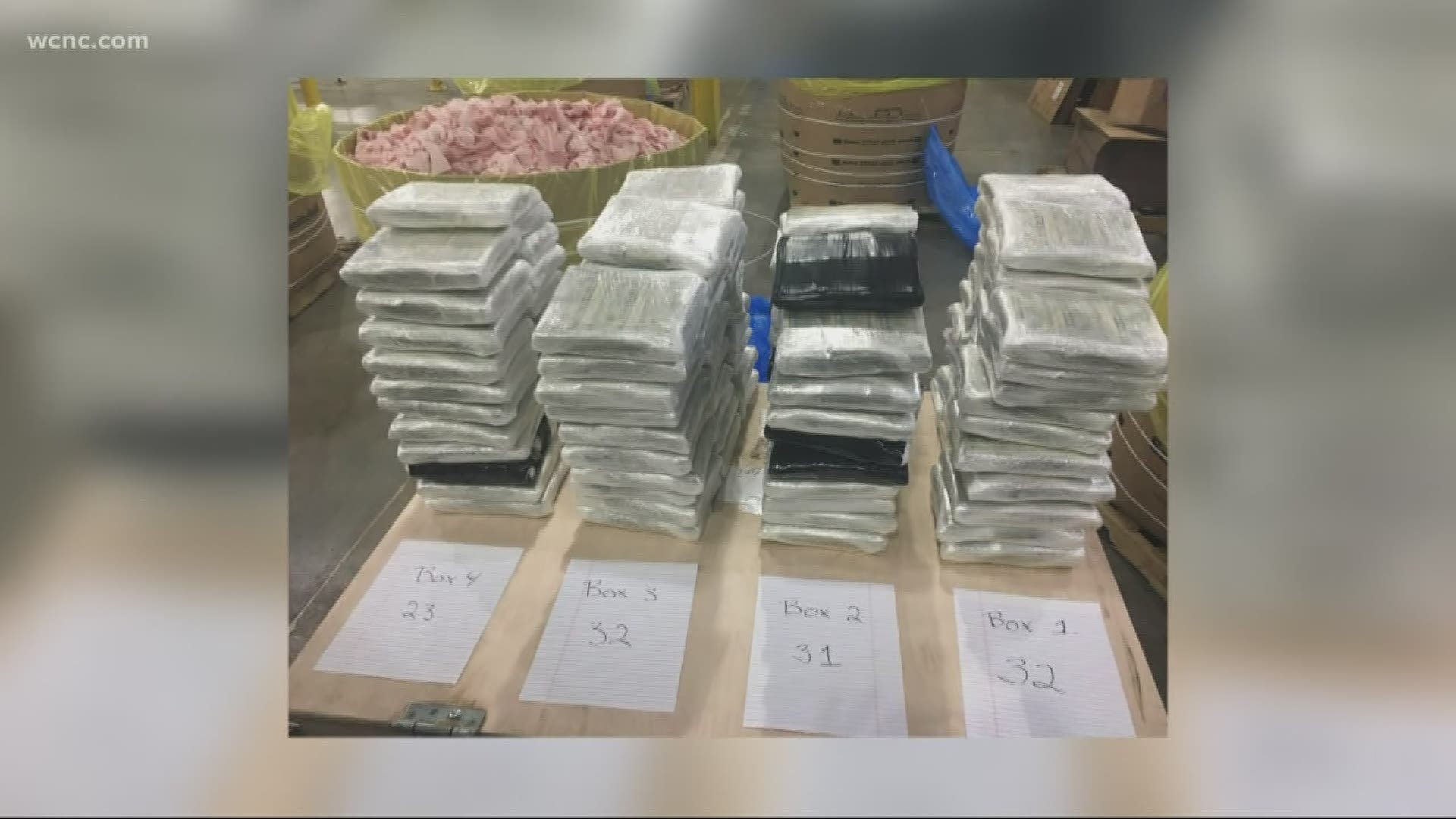 CLEVELAND COUNTY, N.C. — A traffic stop in Cleveland County led to $3 million in cash being found, hidden in barrels. It sounds like a scene out of Breaking Bad, but it's not.

On Saturday, a deputy with the Cleveland County Sheriff's Office stopped a tractor-trailer driving southbound on Interstate 85 for failure to maintain lane, officials announced on Tuesday.

The tractor-trailer was moved to a safe location for a search. When the deputy searched the tractor-trailer, they found $3 million in cash, hidden inside barrels containing raw pork shoulders.

The Cleveland County Sheriff's Office said there was reason to believe the driver, a Hispanic male whose name has not been released, was headed toward the United States and Mexico border.

Officials believe the money came from drug sales throughout the region.

The Department of Justice is assisting with the investigation. At this point, no other information has been released.