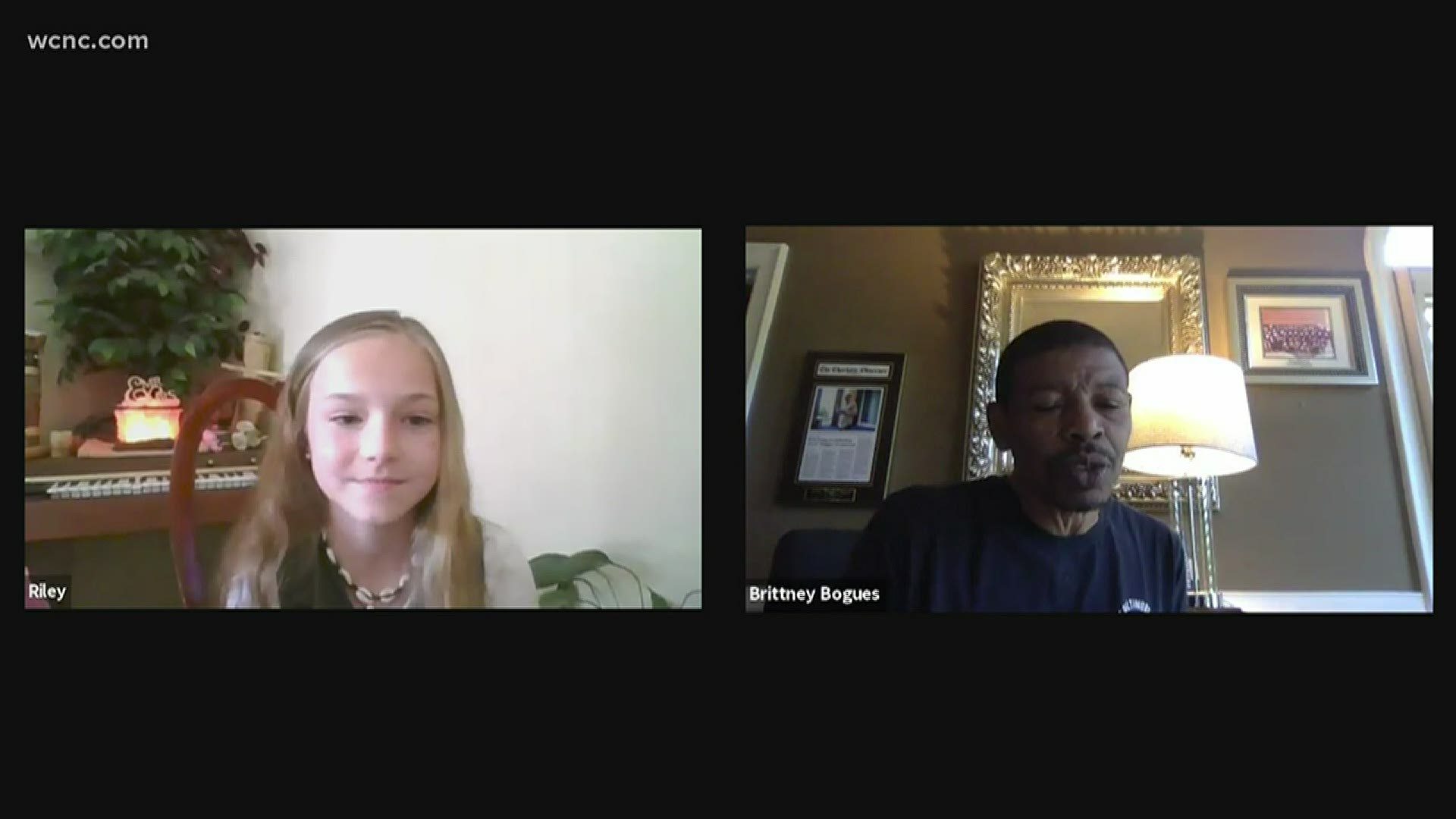 Riley Elliott turned 12 on Friday and just like everyone right now she had to celebrate virtually, but what she didn't expect was a video call from her idol Muggsy Bogues, but that's not where this story starts.

Riley was the shortest player on her basketball team and that’s something she was criticized for, which led her to discover Muggsy and his legendary career. She became so inspired that she waited hours to be at the front of the line for one of his meet and greets two years ago.

"I made them take me there and get there early so I could be in the front of the line," Riley Elliott said.

"I knew then that she definitely looked up to him more than I even realized," Shannon Elliott said.

During that meet and greet Riley gave Muggsy a letter explaining just how much she was moved by what he was able to accomplish as a basketball player.

"It was just like writing a letter to my hero thanking him for his push and his drive and his inspiration. How he's inspired me," Elliott said.

The letter moved Muggsy so much that he reached out to Riley afterwards.

"The comment was made by the coach and he literally said that she was too small,” Bogues said. “That really tore her down, and I just wanted to let her know that's not the case. I wanted to make sure that her esteem and confidence is as high as it ever would be going forward and never let anyone take your joy away from you in terms of the things that you like doing for yourself."

From that point on their relationship has blossomed, including Muggsy helping Riley with her basketball skills.

"She shows me the things she's working on and where she's getting better," Bogues said.

"Sometimes I have a problem or an issue in the game and I text him. I tell him what happened, and he gives me tips and pointers on how to fix it," Elliott said.

Riley has big aspirations for her basketball career, and she’s let Muggsy know about it.

"It would be nice to see female basketball in the Queen City," Bogues said.

But for now, Riley will have her latest moment with Bogues to hold on to - a surprise call on zoom for her birthday.