Kyle Busch discusses 2020 NASCAR season, playoffs and his son following in his footsteps

Busch is still searching for his first win of 2020 season 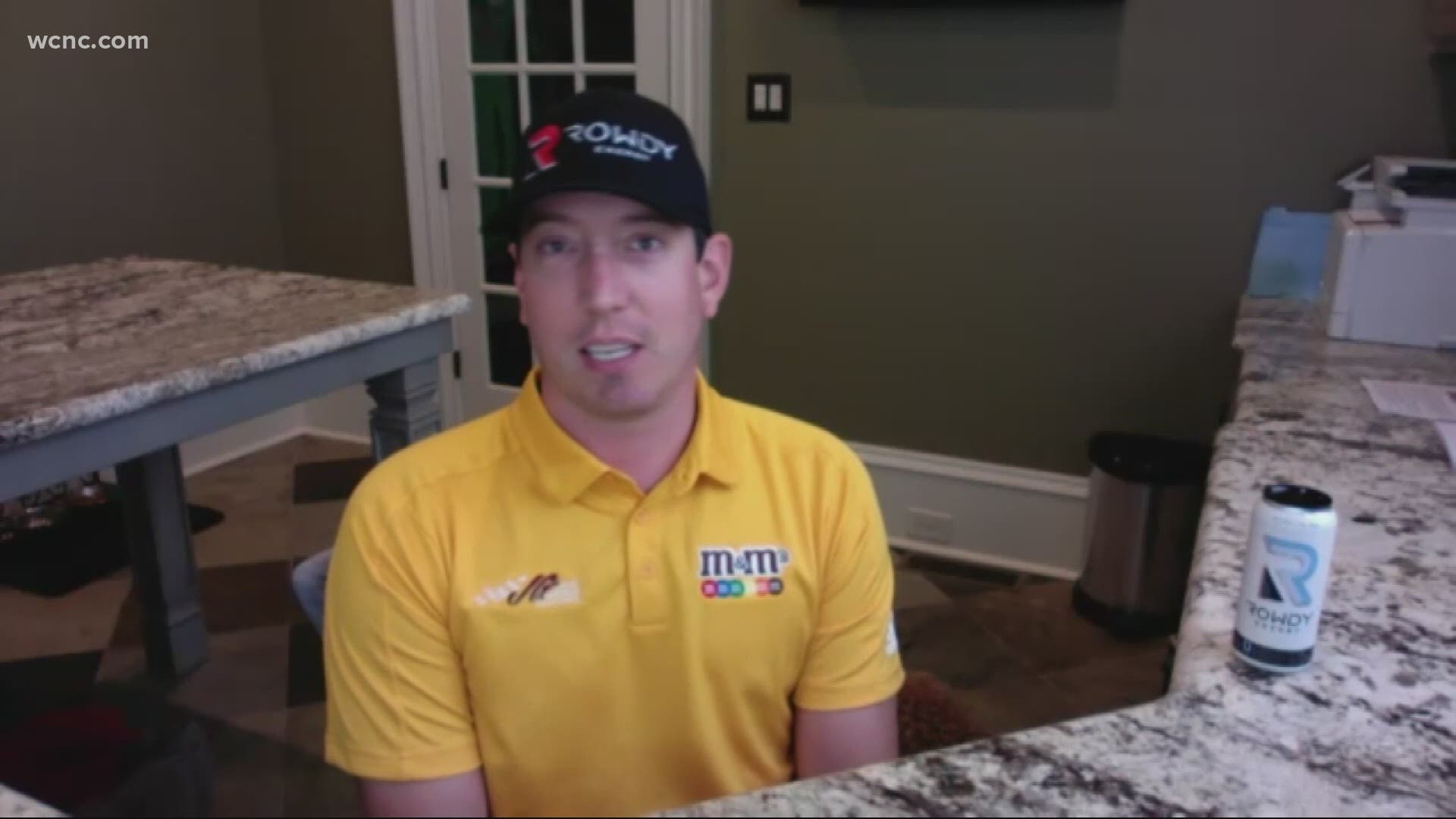 Ahead of Round 2 of the NASCAR Cup Series Playoffs, Kyle Busch joined WCNC Charlotte for a Q&A.

Q: "This past weekend after Bristol you said you didn't feel like you were going to make it past this next round. After having a few days to reflect on that, have you changed your mind?"

A: "It's certainly possible. It just it's going to be entirely difficult. You look at Las Vegas and the statistics that show. We typically can run 5th there, but that's about the best we can do. We've run 19th, 22nd, 18th in some of the last races that we've been there so those statistics don't add up well. Then you go to Talladega which we crash every time and then you go to the ROVAL, which we've been there twice we've crashed both times. So, the odds are very much stacked against us so that's why I said what I said. We'll race it out and see how it pans out, but obviously we've got to do our most very best and that better be good enough."

Coming up on @wcnc our one-on-one with @KyleBusch about the 2020 season, NASCAR playoffs & more!

Here's a preview on Kyle's thoughts on Round 2 of the playoffs & his chances at Vegas, Talladega & the ROVAL at @CLTMotorSpdwy. #NASCAR | @JoeGibbsRacing pic.twitter.com/v8DSTrmMFx

Q: "I know this year has been frustrating for you, still looking for your first win in the Cup Series, but despite the negatives you've been dealing with what are some positives you can take away from this season so far?"

A: "I don’t know. I haven't really thought about much of the positives. The negatives certainly outweigh them. I would say the biggest thing we have gotten a little bit better with all of the no practice and all that sort it's the new norm if you will, and we've heard into next year they're going to have probably 25 to 30 something events that are going to go along the same way where we're not going to have practice. We've got to get better at our ways of being able to set up our cars and starting the beginning of these races much closer. We did at Bristol. Bristol was a fantastic race for us. That as the best car we've had all year."

Q: "You've been sharing some stuff social media with your son Brexton has it been nice to see him take an interest in race and want to follow in your footsteps?"

A: "Being able to see a kids eyes light up and get bright when he sees a brand-new fire suit that's pretty cool and to see him the first time, he saw his go-cart. He was really excited about being able to go the race track and get behind the wheel. All of that has gone awesome. It's just the product of getting on the race track. He's doing about as good as I am this year. We're still working through what it takes to go a little bit faster."

Coming up next on @wcnc our interview with @KyleBusch including his thoughts on @brextonbusch following in his footsteps of racing!