The Charlotte area has taken to social media to remember and mourn Kobe Bryant. 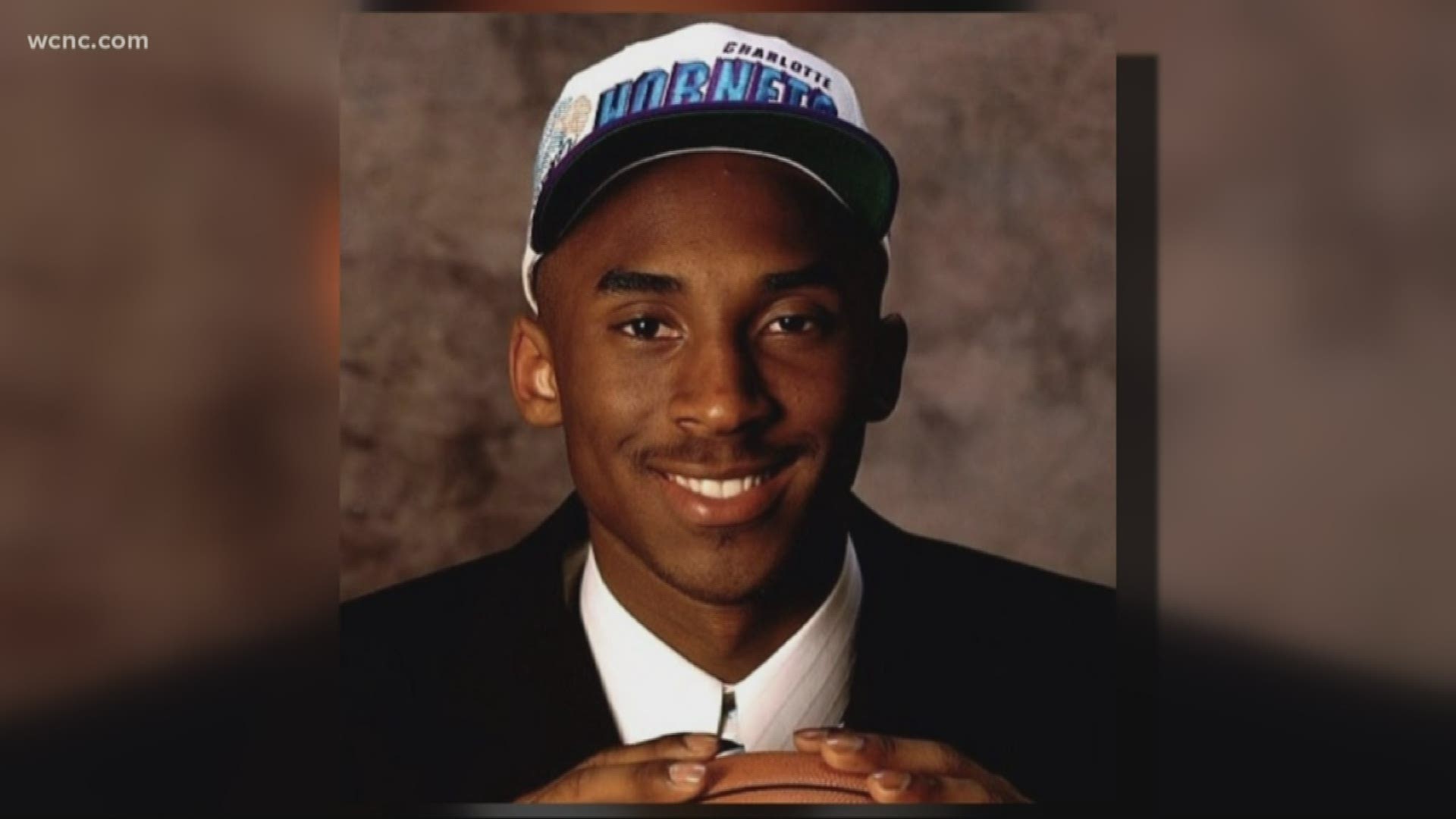 CHARLOTTE, N.C. — Former NBA star Kobe Bryant died in a helicopter crash in southern California on Sunday. He was 41.

The Charlotte area has taken to social media to remember and mourn Bryant.

Fire officials in California said there were no survivors after a helicopter crashed on Sunday in Southern California. Bryant was among those killed.

ESPN reported later that his daughter Gianna was killed as well.

The two were traveling to a basketball game with another player and parent when the crash happened, according to ESPN.

It was a difficult day for fans and colleagues, many remembering a man who became one of the basketball players of his generation.

Kobe was selected 13th overall in the 1996 NBA draft by the Charlotte Hornets but nearly immediately after was traded to the Los Angles Lakers.

Michael Jordan, who in addition to being a basketball legend is the current Hornets owner, released a statement saying, in part, "Words can't describe the pain I'm feeling. I loved Kobe -- he was like a little brother to me."

“We have tragically lost one of the greatest sports figures of our time with the passing of Kobe Bryant. He was an incredibly gifted person who was universally respected. He was in constant pursuit of doing something special and there will never be a greater warrior in our sport. I had the amazing honor of coaching Kobe in the 2008 and 2012 Olympic Games, and I will always remember how much he cherished representing his country in a first-class manner playing the game he so loved. The game of basketball is better today because of Kobe, and he deserves eternal appreciation for that. This is a devastating loss, made even more tragic by the passing of his daughter, Gianna, and all others on board. The entire Krzyzewski family is saddened as we genuinely loved and admired Kobe. We extend our deepest sympathies to his wife, Vanessa, their daughters Natalia, Bianka, and Capri, and the families of those involved.”

RELATED: 'There will never be a greater warrior in our sport' | Coach K, Michael Jordan, and others respond to the death of NBA great Kobe Bryant

Bryant was a proud father and husband, but to the world, the 41-year-old was a global basketball phenomenon.

Charlotte native and longtime NBA player Anthony Morrow reacted to the news on Instagram saying, "I pray to the Big God up above that you knew and felt the tremendous love and respect we had for you. You impacted our lives not only as basketball players but as men. Swear To God i tried to emulate everything about you from your walk, your business acumen, how you spoke in interviews to your pull up jumper. God bless your soul King and God bless the soul of your daughter 😢😢😢, God bless your family. #RIHKobeBryant ❤️❤️❤️"

Bryant left his mark on the hardwood, but the greatest accomplishment to many was off the court with his family. His daughter Gianna was known to have had an interest in continuing her father's legacy.

Bryant is survived by his wife Vanessa and their other three daughters -- the youngest was just born in June.