The parents claim that a coach from the Brooks Bears approached them, allegedly disapproving of Elijah’s action on the field. 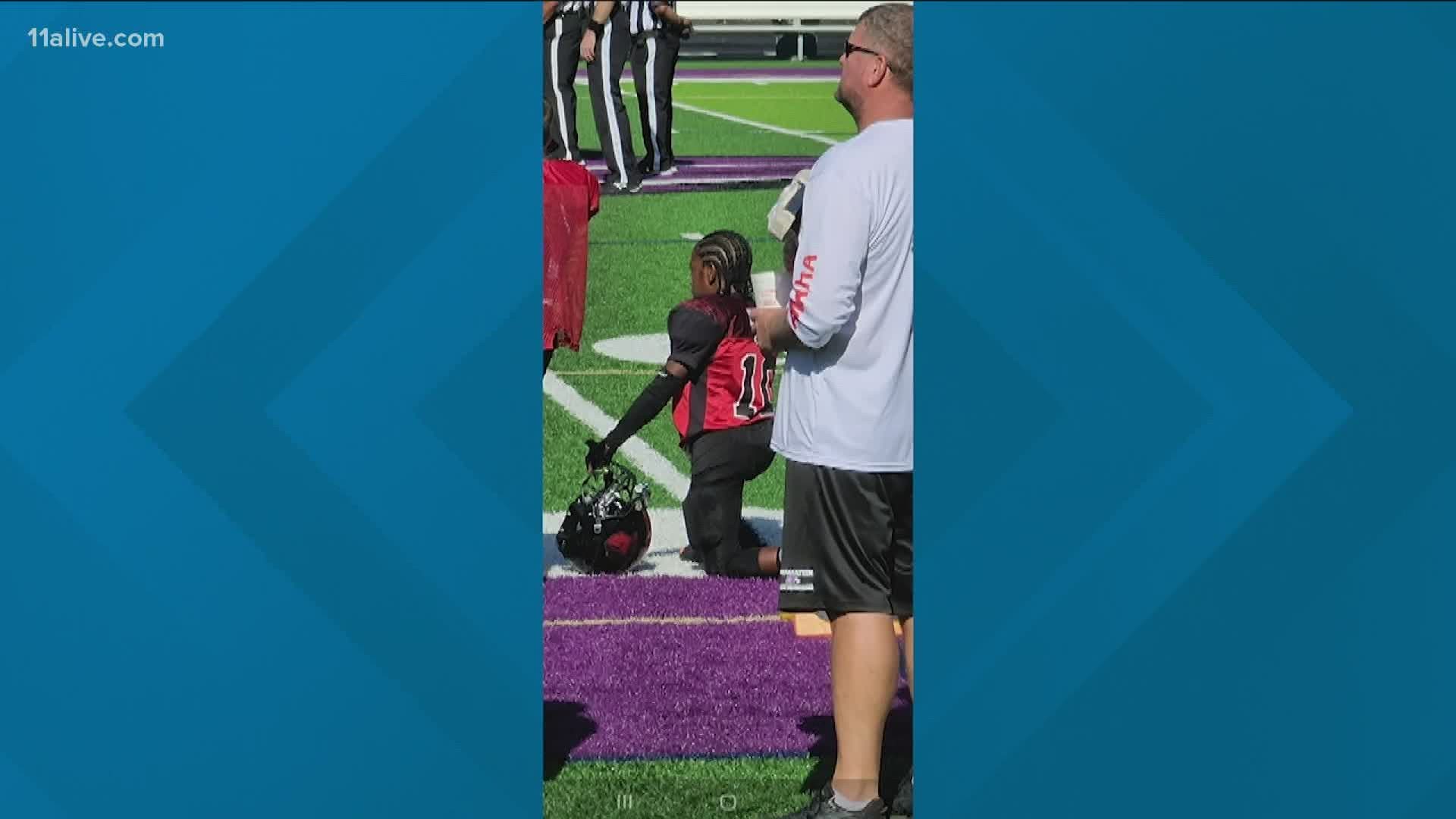 He said it was his form of  "good trouble" to bring attention to the Black Lives Matter movement. After the story aired, his parents say he’s no longer with the team for several reasons. The story gained national attention with reactions of support and criticism.

“The downside is, adversity happens. And it hasn’t been received so well to everyone. Very disappointing,” his mother Felicia said.

His parents said the young athlete, who played for the Brooks Bears youth football team for the last four years, now no longer wears that journey.

They claim the team did not make him feel welcomed afterwards. So, within the last few days, he left. And is now with a new team – the Sharpsburg Stallions.

The parents claim that a coach from the Brooks Bears approached them, allegedly disapproving of Elijah’s action on the field.

11Alive reached out to the Brooks Bears to speak with a representative. Scott Woodward, the team’s director of football, said Elijah was never discouraged or singled out.

“There were five boys on our team that took a knee,” Woodward said.

He goes on to say that the 11-year-old athlete would be welcomed back to the team if he wanted to return. Woodward emphasized that the team does not have a policy that limits free speech.

“In no way is our park ever going to tell a kid they can take a knee, or they have to take a knee or they don’t take a knee,” Woodward said.

Despite the disagreements on what took place after Elijah’s actions, the family said they’re proud of their son and that’s what matters the most.

“I’m his biggest cheerleader. That’s what I’m good at. I’m good at cheering him on. And encouraging him,” his mother said.