Teams will compete at the Junior College level 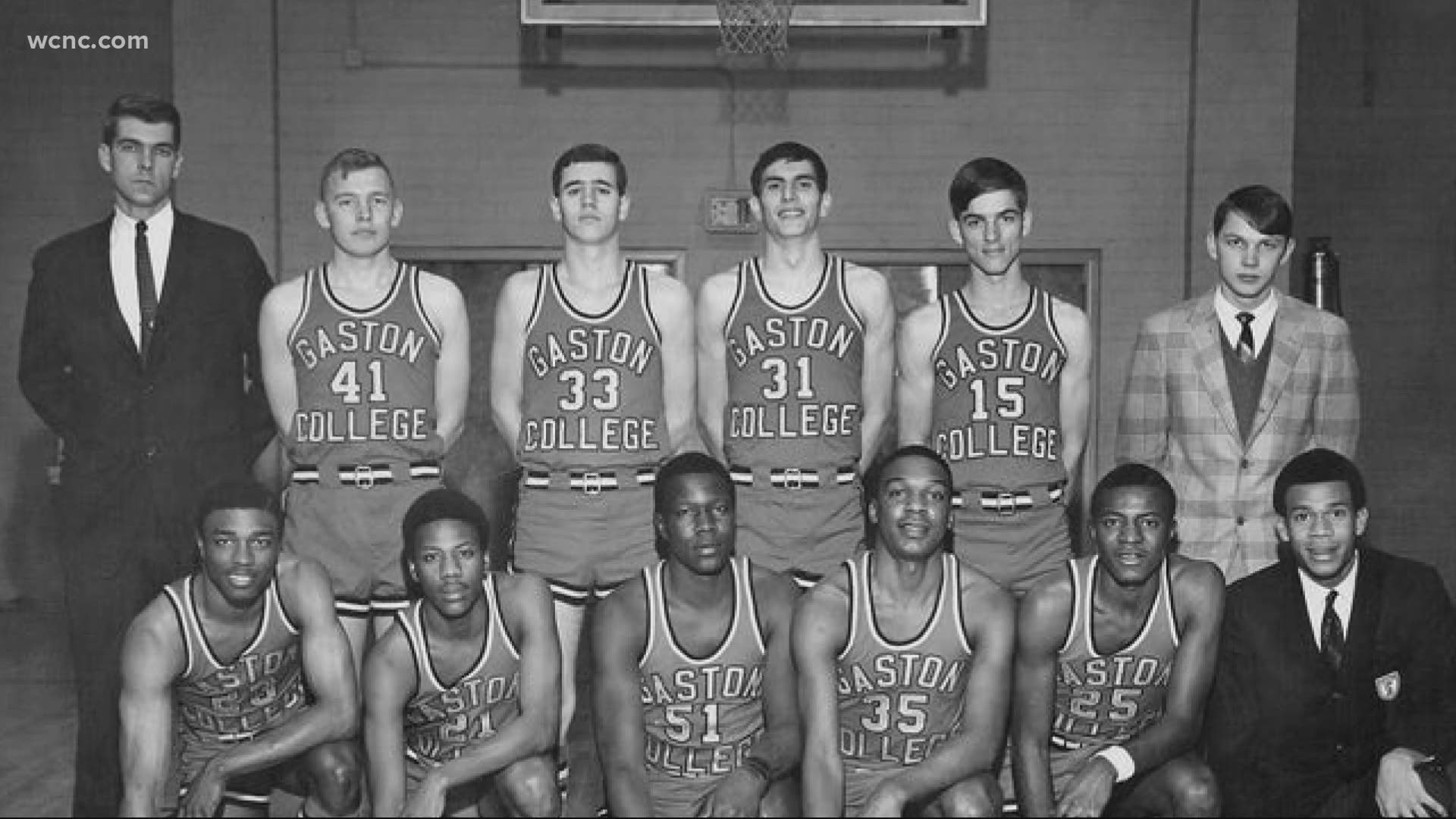 DALLAS, N.C. — Right now 80 percent of classes at Gaston College are online, but hopefully by the fall students will return and that energy level will come back with them.

But something else is giving that energy level a boost.

They're bringing back sports here for the first time in 50 years.

These days Leonard Hamilton is the head coach for the 11th ranked Florida State Seminoles -- and the reigning ACC Coach of the Year.

Back in the late 1960s -- he played basketball for Gaston College, and is excited about the resurgence of the program.

"He is very supportive and is looking forward to us getting things off the ground," said Dr. John Hauser, Gaston College's new President.

Sometime after Hamilton played at the school, athletics were cut and have not returned.

Hauser became Gaston College's president last year -- and brought with him the vision to bring back sports.

Yes, during a pandemic.

"It's actually an ideal situation," said Hauser, "because the opportunities are good to establish yourselves, get programs in place."

The school says its Board of Trustees unamimously voted for the move.

Gaston College will start with five sports over the next two years: Baseball, softball, E-Sports, Beach Volleyball and Men's Basketball.

In 2021 they will compete in NJCAA but cannot compete for championships until 2022.

Recruiting starts now -- but for Hauser -- it started with recruiting his own dream team.

His athletics director? Gene Banks -- one of the first stars of the Mike Krzyzewski era at Duke.

"To rebuild something from the ground up, that's bold," said Banks, "and that's strong."

Banks has helped to hire coaches like former Charlotte 49ers assistant Shohn Doty for baseball and Dickey Nutt for basketball -- who's won over 270 Division 1 games.

"Cameron Crazies," he said with a smile.

Banks will also be involved with the College's new Office Diversity, Equity and Inclusion, and work with the college's award-winning radio station, WSGE 91.7 FM.

"It's all about identity," he said. "Who identifies with that logo? Does it represent anything in the region where Gaston College is?"

The school cannot use state funds to compete on the junior college level, so will rely on fundraising, bookstore revenue and other fees.