"He was my biggest fan": Panthers RB thinks of late father as he helps Carolina to a win 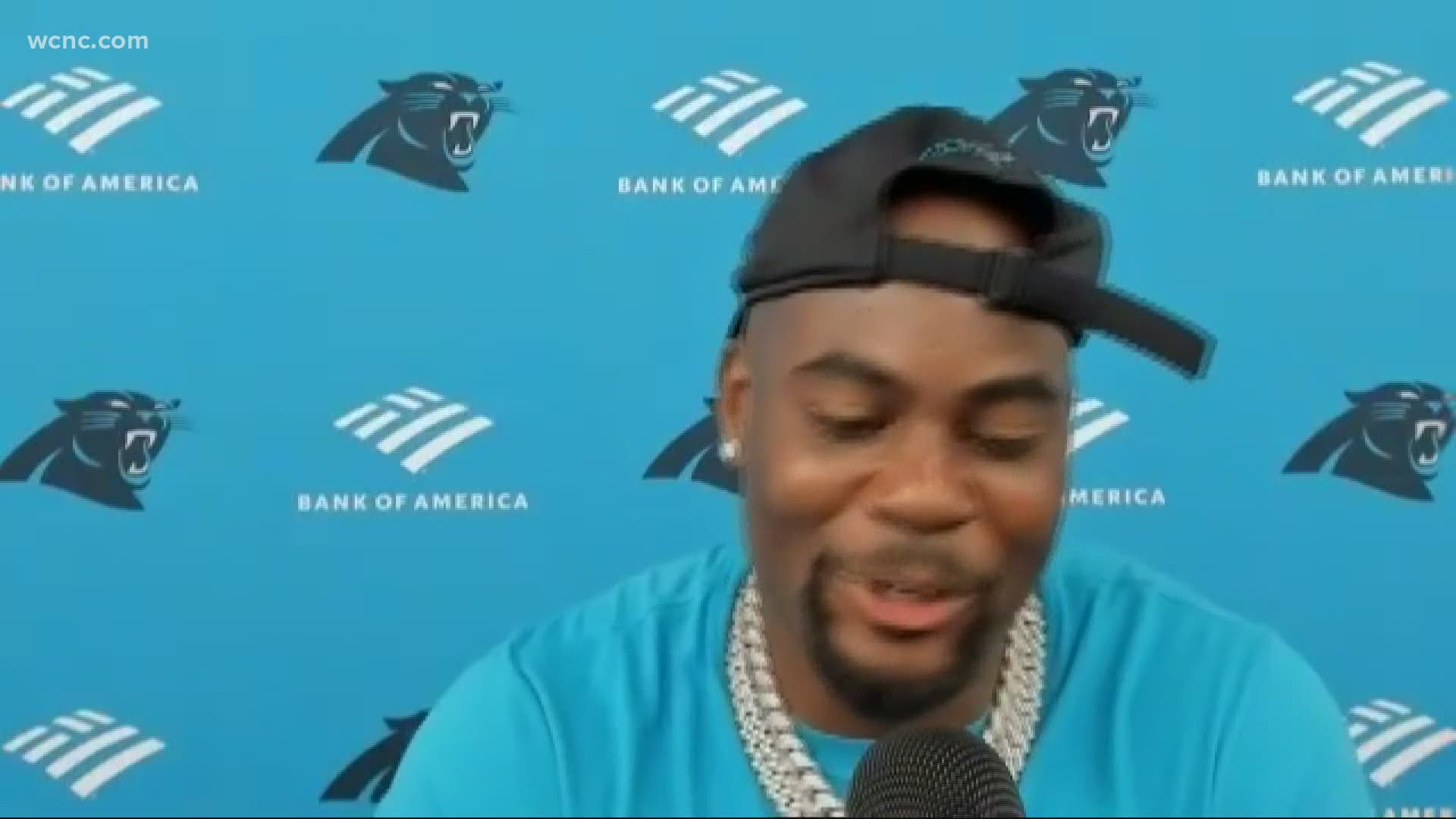 Carolina Panthers running back Mike Davis started to tear up after the team's 21-16 against the Los Angeles Chargers.

"I was thinking about him the whole time," Davis said.

"My Dad was really my biggest fan," he said.

With All-Pro running back Christian McCaffrey sidelined with an ankle injury, Davis stepped up, totaling 91 yards from scrimmage and scoring Carolina's only touchdown.

Slipping in to the end zone on a screen pass in the first half, Davis spiked the ball in to the turf at SoFi Stadium in Los Angeles.

"I know he wanted to see me play," Davis said of his late father. "I know he would have loved to see it."

Davis played college football locally at the University of South Carolina and is in his second season with the Panthers.