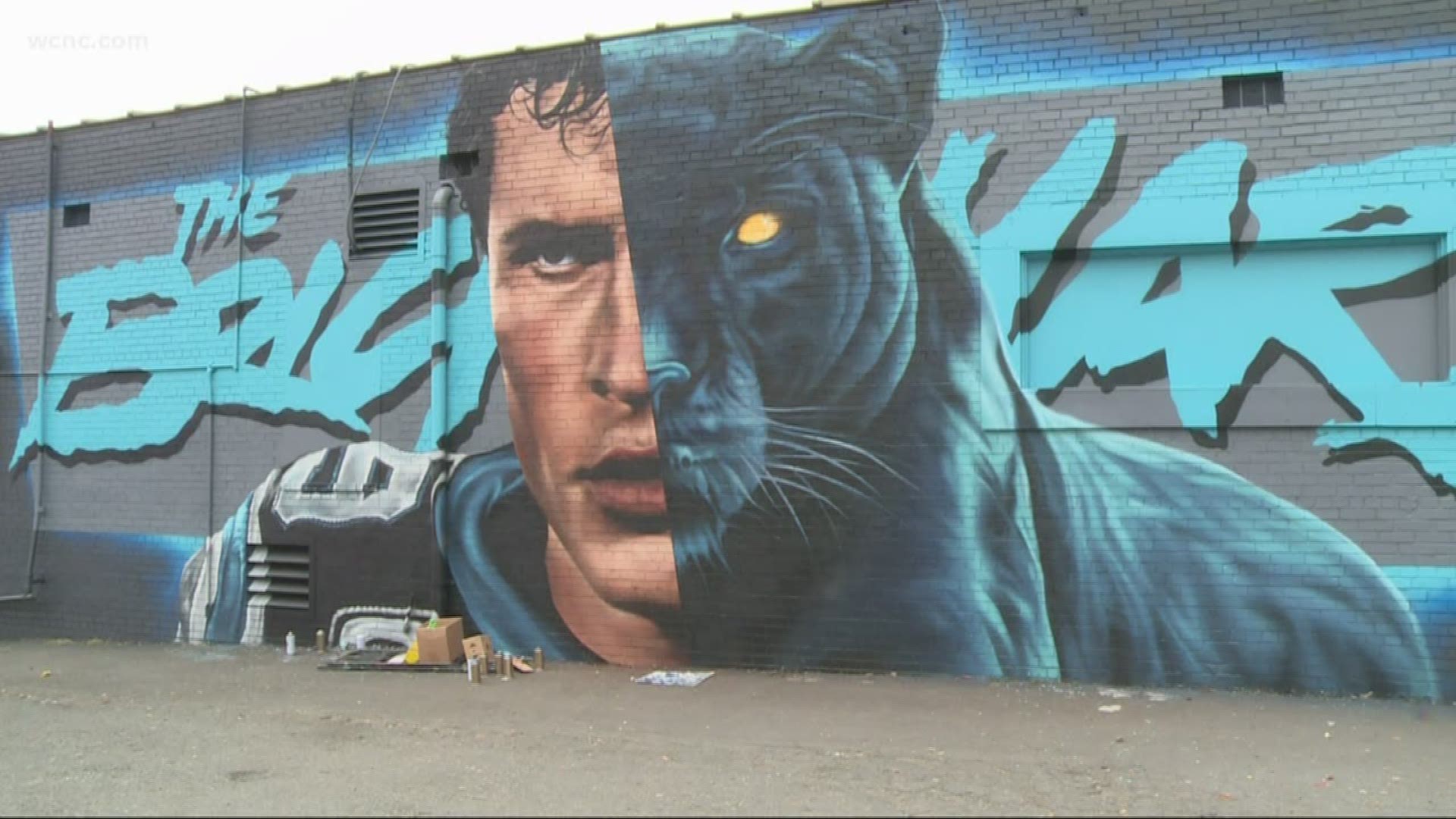 CHARLOTTE, N.C. — One of the latest murals to go up in Charlotte is paying tribute to former Panthers linebacker Luke Kuechly and the career he had while playing for the Carolina Panthers.

Two local artists, Matt Moore and Matt Hooker, teamed up with The Brickyard to bring this idea to life.

"My man retired. The night he retired I reached out to Tony and I said I know exactly what we're gonna do for this Panthers mural," Moore said.

"As soon as I saw Luke retired I called Matt up and I was like where are we doing this man, we have to do something," Hooker explained.

The two have worked on several murals together, but this one is getting quite the response from fans.

"When you're doing public artwork you get a lot of car beeps and people who will drive by and yell and that's always awesome. It never gets old, but this one's been a little different. We're hearing brakes screech, cars whipping into the parking lot, and Lukeeeees and everybody has been hollering. It's awesome," Moore explained.

Luke Kuechly even made a stop by The Brickyard to see the mural for himself.

"He came by. Had a lot of questions and was super impressed, which feels good. Got his seal of approval. Nice little surprise, hung out and talked to a lot of the fans that were out here," Moore said.

"It immortalizes him and rightfully so. The guy was a great role model not only off the field, but absolutely on the field. He played the game the right way," Brickyard owner Anthony Cardone said.

Once the painting is finished, a tribute video honoring the Panther legend will drop later in the week.

RELATED: 'In my heart I know it's the right thing to do' | Luke Kuechly announces retirement