NASCAR returns to NBC this weekend 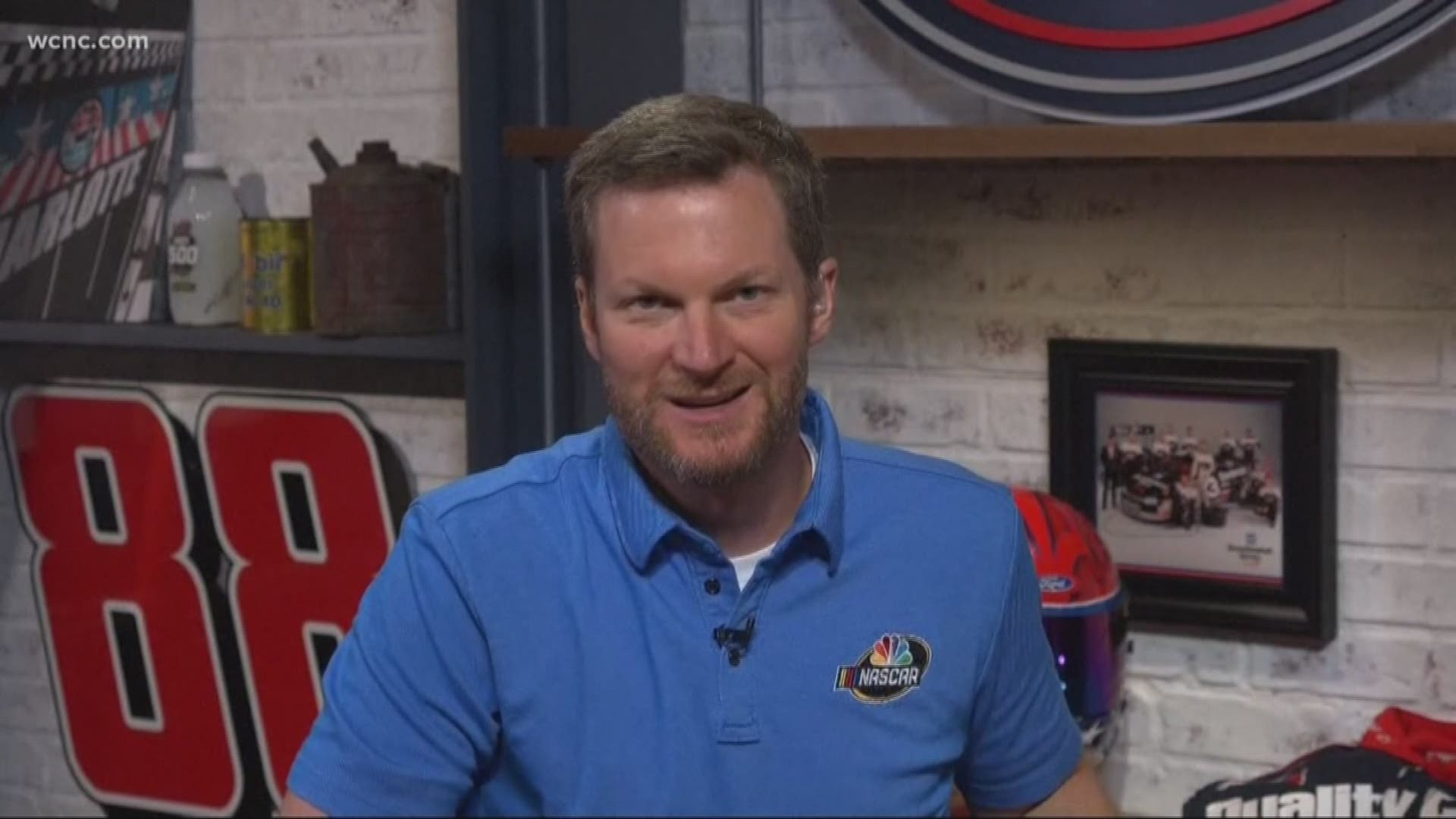 CHARLOTTE, N.C. — NASCAR returns to NBC Sports this weekend with a race at Chicagoland (NBCS, 3 PM ET), and Dale Earnhardt Jr. is back in the broadcast booth for a second season.

Earnhardt spoke with NBC Charlotte Sports Director Nick Carboni on Wednesday to preview the season, and to talk about a variety of topics.

DALE: I went up to a race track one time in 1996 and drove a race car without a mirror. That was a crazy experience. In all my racing my entire life we had a rearview mirror where you can see where the cars are behind you. I went to a racetrack where mirrors weren't allowed. They didn't let me know before I got there! I was getting ready to climb in the car and was like, "Where's the mirror?!"

NICK: Gibbs has won 10 races, Penske 5, Hendrick 1. Is this trend going to continue the rest of the season?

DALE: We've seen teams start the season strong, and another team finish the season strong. I can count multiple times where the favorite throughout the regular season did not win the championship. Someone else came in to dominate the playoffs.

NICK: You're at Chicagoland, site of your famous "Slide job!" call in 2018

DALE: I'm just a fan in the booth reacting to what I'm seeing. When I was making that comment, I was hollering at Rick slide job. I wasn't hollering it to the audience, I was hollering it to Rick, saying 'hey this is what Kyle Larson is going to try.' And that's really the way I view what we do in the booth. We're just a bunch of guys sitting around, watching the race, talking to each other about what we're seeing.

NICK: Who have you turned to for advice in broadcasting?

DALE: Sitting down and watching Mike Tirico do his job is some of the best tutoring and schooling that you could get. I've had a lot of advice given to me. But when you can really get down there and watch them work, and get the headsets on and listen to them work with the production truck and what they're trying to accomplish, there's no experience better than that.

NICK: What do you think of the new ROVAL changes, widening the back chicane for more passing?

DALE: You've got to give Marcus Smith and his team a lot of credit. They're going to have to make some structural changes. They're really putting a lot of effort and money in to making this a better racetrack. They're wanting to provide an opportunity for drivers to pass. I love the attempt.

NICK: Are you sweating Kemba Walker's free agency like the rest of us are this weekend?

DALE: I am. I am concerned. But I just want the Hornets to win. Whatever they need to do to win. They're in a difficult situation with some other contracts, and we need to get out from under that stuff. We need to figure out a way to have available funds to offer (free agent) contracts in the first place, much less lure those guys here. Charlotte is an amazing place to live. Most athletes who come here love it, and never want to leave. I'm sure that's a reason Kemba wants to stay. I just want the team to be successful. Kemba's given us a great first half of his career. He deserves to be on a winning team whether that's here or somewhere else. Wherever he goes I won't have any hard feelings.