McConaughey also served as grand marshal for the Daytona 500 in 2005. 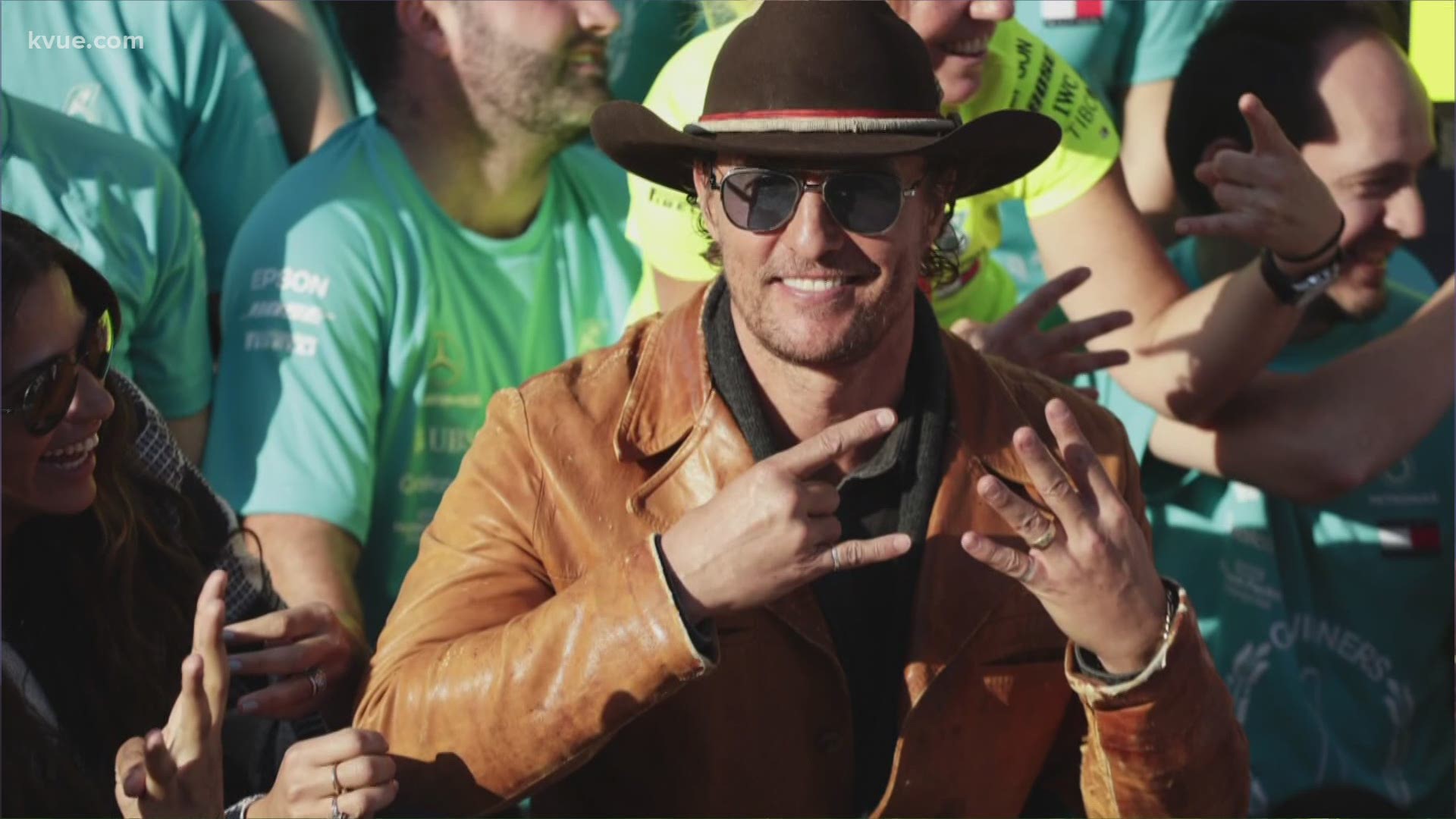 AUSTIN, Texas — Austinite Matthew McConaughey will serve as grand marshal during Sunday's NASCAR race at the Circuit of the Americas (COTA).

Instead of his famous "alright, alright, alright" line, McConaughey will be tasked with another notable phrase: "start your engines!" McConaughey also served as grand marshal for the Daytona 500. When he did the honor in Florida back in 2005, he still sprinkled in his popular catch phrase before giving an enthusiastic start to the race.

For tickets and other event information, visit nascaratcota.com.

COTA is also set to host the Formula 1 U.S. Grand Prix weekend from Oct. 22 to Oct. 24, and Billy Joel is slated to headline a concert at the Formula 1 event on Oct. 23.